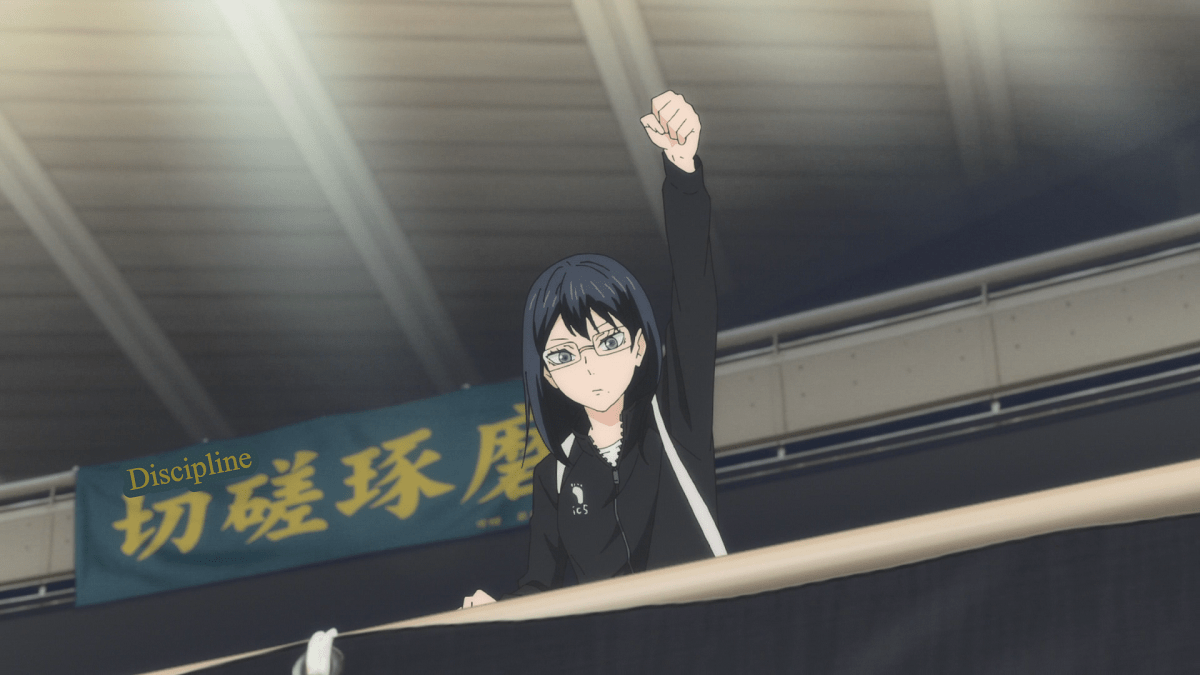 The National Tournament officially begins in “Battle Lines”, with Karasuno facing off against their first opponent, Tsubakihara. It’s Karasuno, though, so their first match isn’t without its hiccups – even before the game starts.

“Battle Lines” expands on the Shimizu development from last week, with the first half of the episode focusing a bit more on her. We even get a special Shimizu flashback – the first real flashback we’ve gotten for her in the entire series – that deals with how she stopped running track and how she felt joining the volleyball club.

As I mentioned last week, I’m thrilled that we’re getting more from Shimizu. She’s always been treated as the cool older girl that all the guys fawn over; she’s fairly quiet around the team and so hasn’t gotten a lot of opportunities to grow as a character. For example, her flashback shows us that she’s pretty intelligent, as she’s able to pick up knowledge of volleyball on the fly. It’s great to see how she’s come to really view the volleyball members as a family, but I’m also super appreciative she has her own feelings and backstory completely independent of the team.

It’s a little vague on why she retired, but she watches the Karasuno track team wistfully from the window and mentions fear, so she either was injured and afraid to return to the sport, or her shy nature made her anxious about joining a new team. In any case, we learn in this episode that she has now overcome both her fear of running (as she misses the bus and has to sprint to the arena) and her fear of talking to people (as she’s made connections with the team). 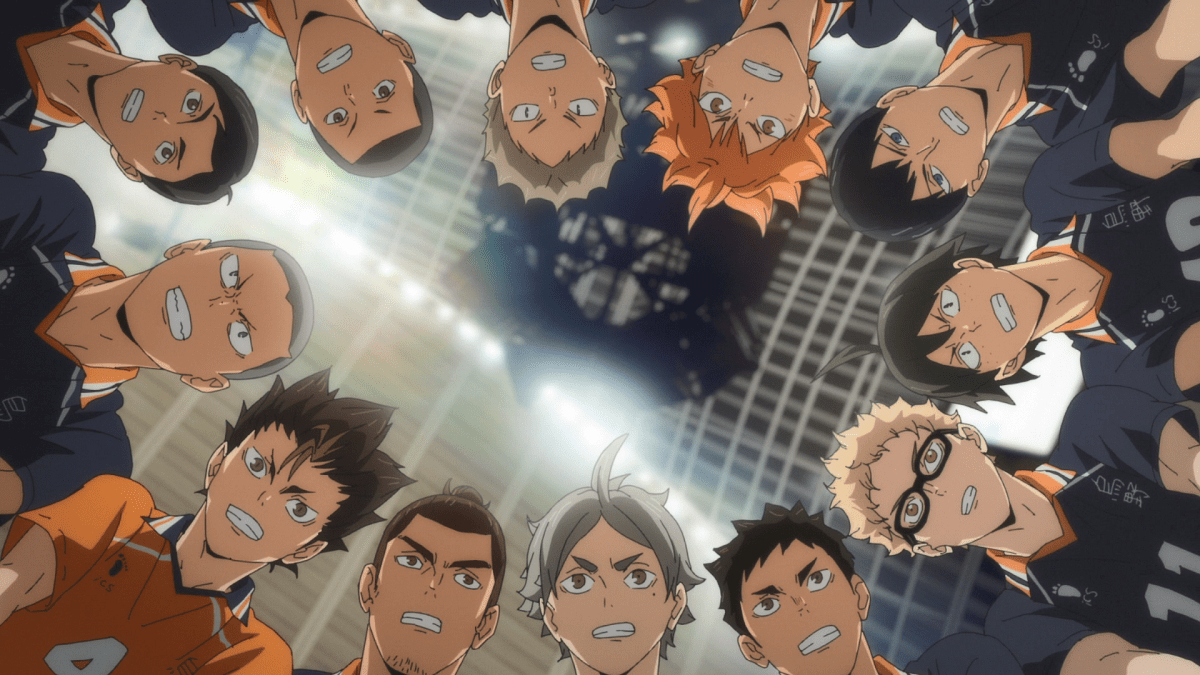 But of course, the big story from “Battle Lines” is that it’s finally time for a proper match again. Now is when we’re going to see how the team has grown since their last official game, after the learning curve they had with their practice match with Dateko. And as we can see, playing on such a big stage is going to have an effect on all of them, but particularly on Kageyama, whose game is so precise.

I like that Kageyama has issues with the atmosphere; Kageyama is arguably the most skilled player on the team, and he went to a powerhouse middle school accustomed to winning tournaments, but he’s still just a kid, and he has his own issues to deal with. That’s why it’s so great that he has Hinata as a partner, because Hinata is just as crazy as he is. Just when it looked like Kageyama was going to let Tsubakihara’s taunts get to him, Hinata got him out of his head.

I liked how we got to see him adjust in “real-time”, so to speak. His internal monologue of what was going wrong, even as they were landing successful spikes showed how much he is constantly thinking during a match. I really loved the “calibration” scenes; I thought the animation for those was very well done. 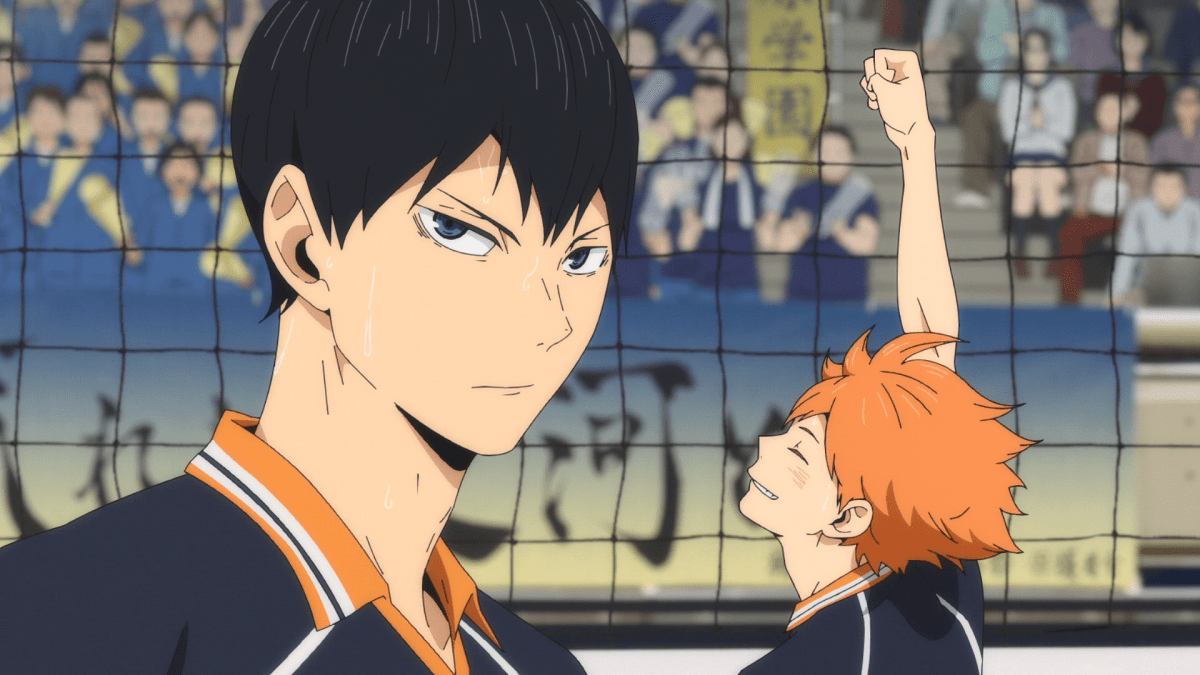 But that scene at the end, where he finally adjusts to the arena and connects with Hinata was perfect. And then he gets to deliver his badass line, “Sorry to keep you waiting.” I love those two goobers and it’s great to see them back in action. I’ve mentioned it many times in my manga reviews that their relationship is the core of the series, so I love getting to see them impress the hell out of a larger audience.

Have you seen “Battle Lines”? What did you think?