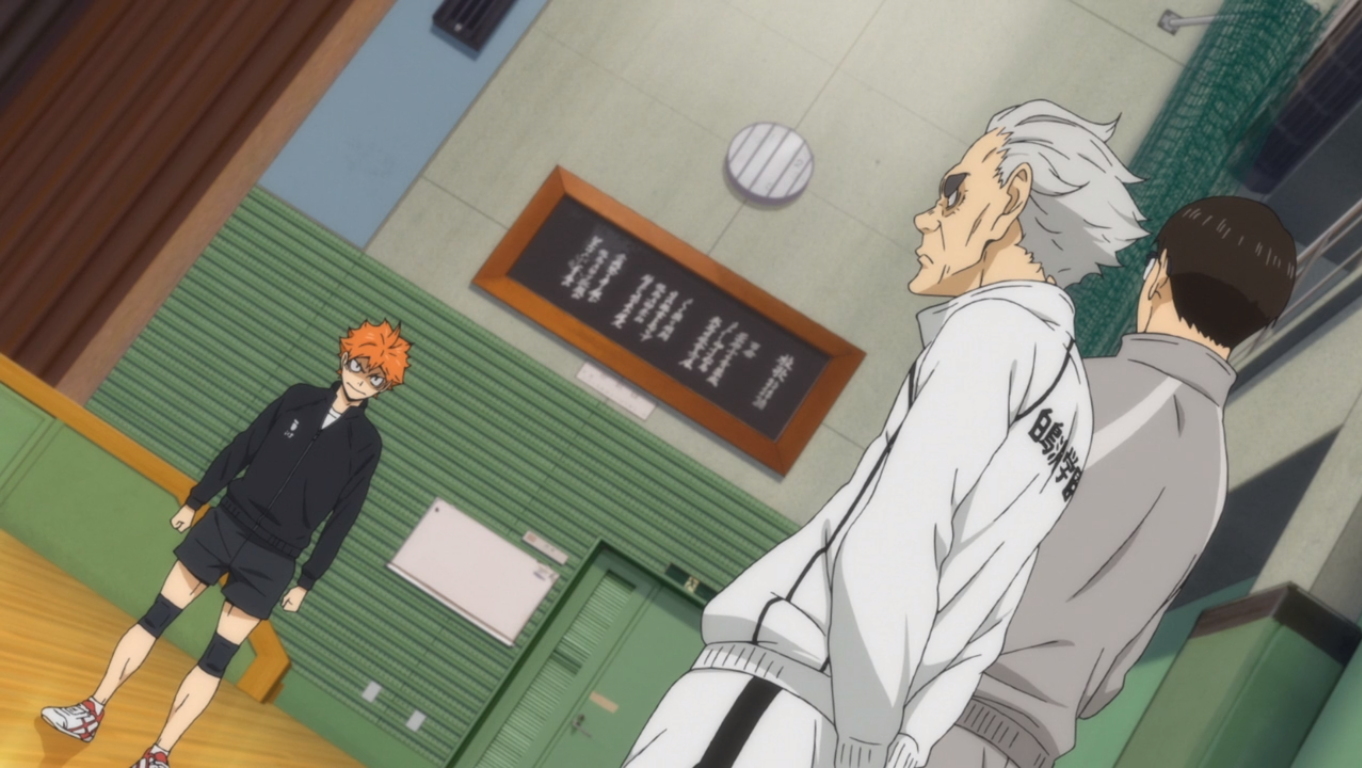 The wait seemed interminable (and my internet went out basically as soon as the new episode dropped) but it’s finally here: Haikyuu season 4 has officially begun, and let’s get the introductions out of the way as soon as possible, shall we?

“Introductions” starts essentially where season 3 left off, with the members of the Karasuno team taking measurements for the information pamphlets for Nationals. The scene is expanded from what we saw at the end of season 3, and they’ve taken the opportunity to reanimate the scenes that we have seen in the new animation style.

I really love that they took the opportunity to give us more rather than simply picking up after Takeda’s announcement. For the next few episodes, the team is going to be split up as Kageyama, Tsukishima, and Hinata are at their respective training camps, so it was nice to see the team together before that happens. It’s been so long since we’ve seen them together, I appreciated the opportunity to remember what their dynamic is like. 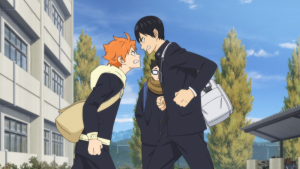 In particular, the scene where they’re comparing their heights down to the millimeter reminds you that these boys are ridiculous and competitive. I also loved Hinata’s classmate just peacing out when he and Kageyama are facing off at the beginning of the episode.

Also, I’m pretty sure Narita and Kinoshita had more lines in this episode than they had in the first three seasons combined.

For all those who may be anime-onlies, I’ll try to not spoil too much about the upcoming arc, but the training camps are a vital piece of character development, particularly for Hinata. That much is evident just from this episode, where we see that he wasn’t invited (even though he was recommended) because Coach Washijou still underestimates Hinata as a player, valuing him only as an extension of Kageyama and not on his own.

Hinata has been working on bettering his skills in order to stand at the same level as the people he admires, but it’s probably this moment that really begins his development. When he first started at Karasuno, he was a novelty; his speed and jumping ability made him stand out, and the team modeled their strategy after him.

But the higher the team climbs, the more Hinata’s lack of skill will become an issue, and being dismissed humbles him more than simply losing did.

It’s also an amazing opportunity for Kageyama, and I am very excited to see his training camp in particular. (Also, I just love that he gets lost because he can’t read kanji. That’s a nice little bit of continuity.)

As for the change in animation style, I actually like it. I know that some people are not fans, but I like that it’s a bit more rounded. It looks less angular, more real than it did in early seasons. The characters actually look younger. I’m sure it won’t take long at all to get used to. 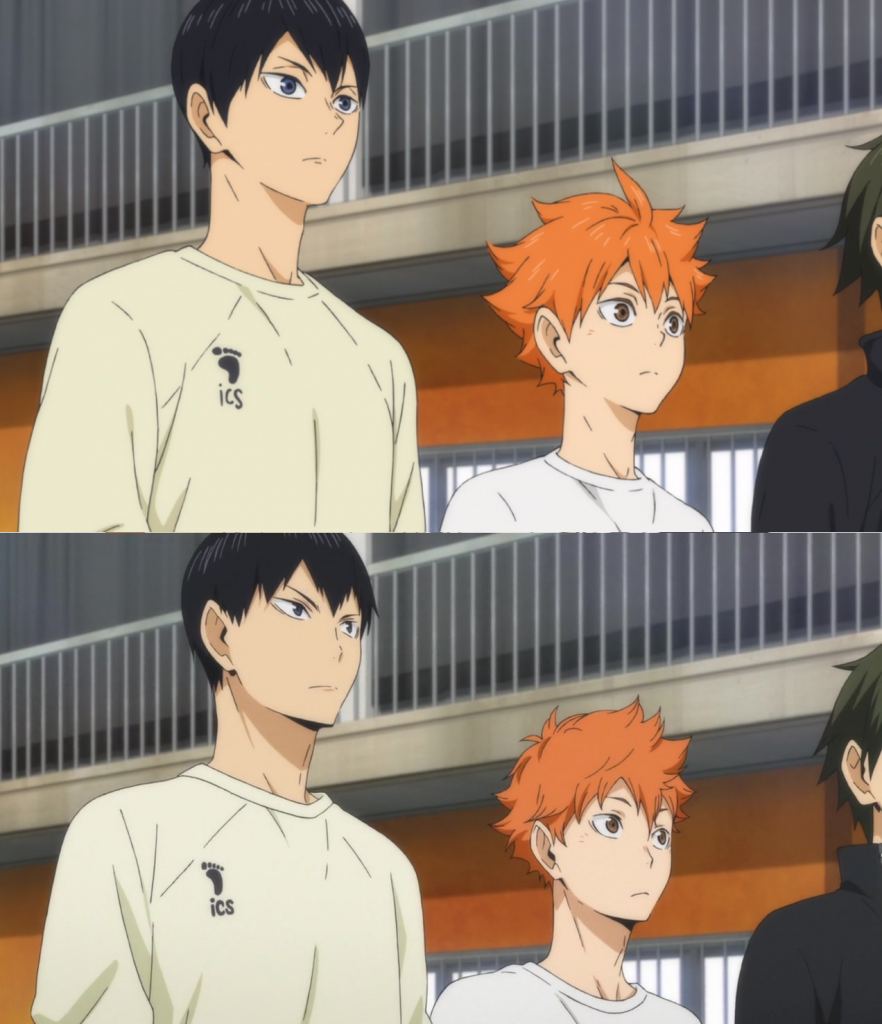 Harder to adjust to is Ukai’s new voice actor. I know that his previous VA, Kazunari Tanaka, died while they were filming season 3, and he was quickly replaced with Hisao Egawa in order to finish out the season.

I was hoping they would spend the hiatus attempting to find someone who sounded more like Tanaka rather than keeping Egawa. Nonetheless, they have, and so I will try to get used to Ukai’s new voice.

Can we also talk about the new OP and ED? They are both fantastic! The new OP does a great job of hyping me up for a new episode, and I love how the ED focuses on the characters who support the team rather than the players themselves.

I am so ridiculously excited that Haikyuu is finally back. I barely was able to contain myself today, waiting for the episode to drop. “Introductions” is a great way to jump back into the series, even for those of us who have been keeping up with the manga.

Have you seen “Introductions”? What did you think?