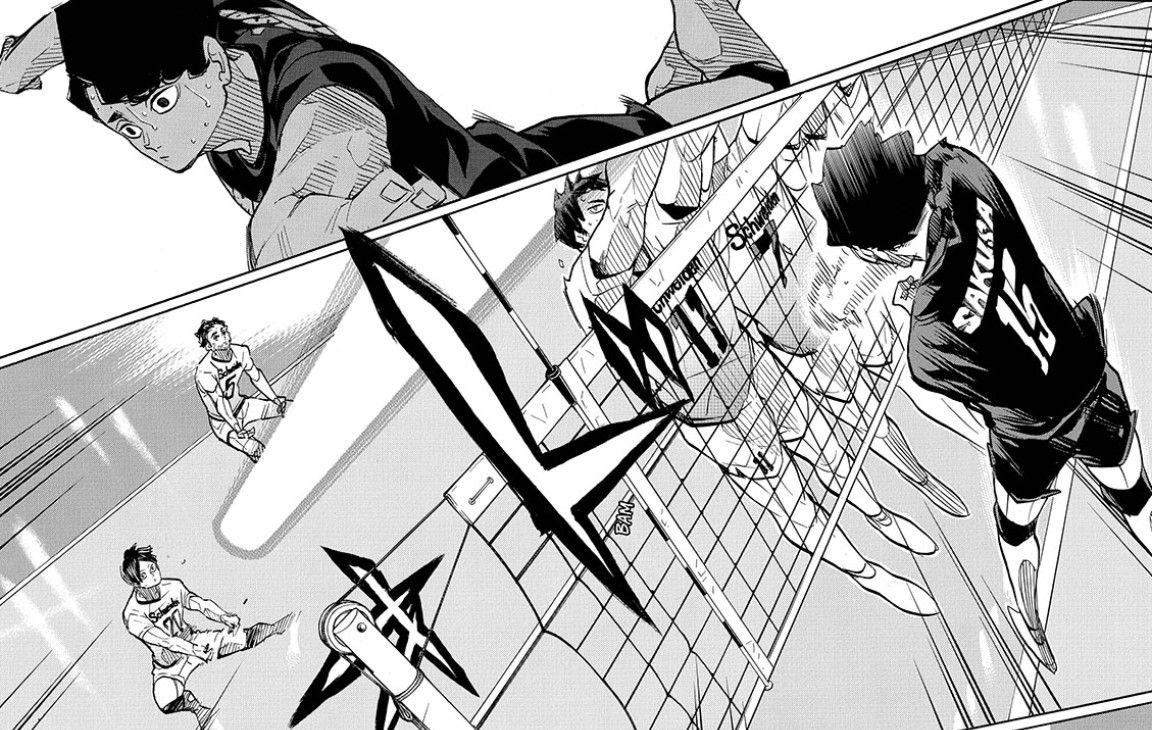 Haikyuu chapter 382 proves that this is going to be a match for the ages. “Monsters on Parade” is an apt title for a chapter that showcases how insanely powerful and skilled the players are on both sides of the court. And we finally get to see Sakusa in action.

The biggest thing about Haikyuu chapter 382 is that we, at last, are treated to Sakusa playing in a real match. He was mentioned as early as chapter 97, but he wasn’t truly introduced until the All Japan Youth Camp in chapter 214. Many fans expected – or rather, hoped – that we would get to see Itachiyama at some point, but other than a brief appearance in the Tokyo qualifiers, we didn’t. So it’s exciting that Sakusa ended up on the Black Jackals with Hinata, Bokuto, and Atsumu.

Unsurprisingly, he’s not just your average spiker. There’s a reason he was considered one of the top 3 aces in Japan as a high schooler, and that wrist swivel is not going to be easy to deal with.

I mentioned in my review for last week’s chapter that it was obvious that everyone had leveled up since high school, but it’s still amazing to me that Ushijima could get better. It looks like the Jackals employed the “total defense” tactic that Karasuno did in their match against Shiratorizawa, but their libero still wasn’t able to pick up Ushijima’s serve.

We haven’t gotten to see much of Kageyama’s setting yet – just his serve and his receives – so I’m anxious to see how much that has changed since high school. I think it’s evident from the Adlers coach’s reaction to Atsumu’s and Hinata’s quick set that Kageyama doesn’t have anyone on his team currently able to keep up with him. He wouldn’t be so surprised by the speed if his own team was capable of performing something like that.

I like the contrast between Bokuto’s serve – where he pumps up the crowd to cheer – and Atsumu’s serve – where he demands complete silence – is really great. It makes me wonder if Bokuto has become more adept at dealing with his mood swings himself.

I go back and forth as to who I think will win this match. It’s been mentioned that the Adlers have beaten the Black Jackals for the past three years, but that was before Hinata and Sakusa were on the team, and I think it’s clear from the past few chapters that those two are weapons that the Jackals will have no trouble using. Both teams are strong, but considering that Hinata’s entire life has been leading to this match, I’m fairly confident that the Jackals will ultimately be the victors.

I have no idea if this was intentional scheduling or not, but I’m amazed at how well the current manga chapters hearken back to the arc that’s happening in the new season of the anime. In the episode that just aired on Friday, I mentioned that the three players we were introduced to – Atsumu, Hoshiumi, and Sakusa – all become important. Well, manga readers know that they’re important because they’re all playing in this match to end all matches.

One of my favorite things about Haikyuu!! as a series is the conversations that happen in the background. This match is going to be the perfect example of that just due to the sheer number of notable characters in the crowd. Haikyuu chapter 382 continues the re-introductions by bringing in Saeko and Akiteru (RIP Nishinoya, he obviously died at Kiyoko and Tanaka’s wedding) as well as Kunimi and Kindaichi. The crowd reactions are going to be just as fantastic as the match.

Plus, it’s the little moments in the crowd that help highlight the amazing characters in this series. Former teammates coming to watch the game is one thing, but Saeko and Akiteru attending is something different and really shows the great relationship the Karasuno players had with their supporters. There are also things – like Akaashi’s chuckle at Bokuto’s antics, or Kindaichi calling Kageyama “bro” – that hint at relationships outside what we see in the panels.

Have you read Haikyuu Chapter 382, “Monsters on Parade”? What did you think? 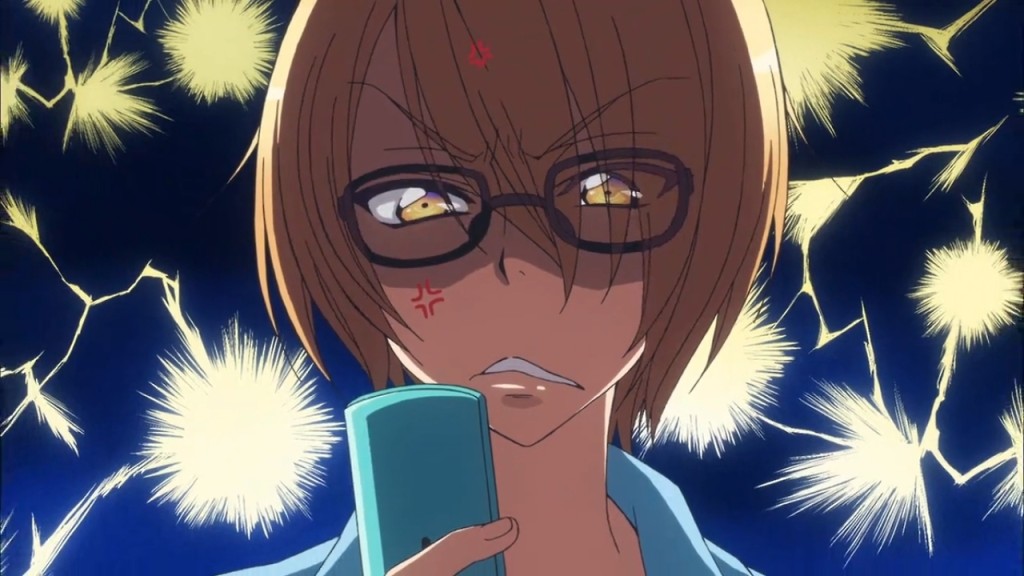 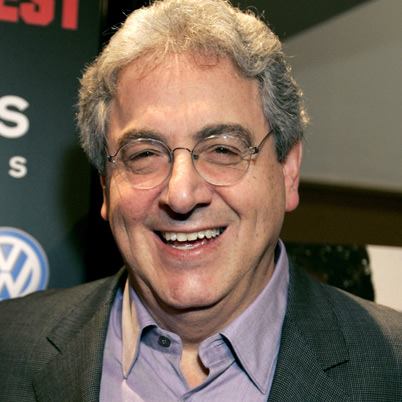