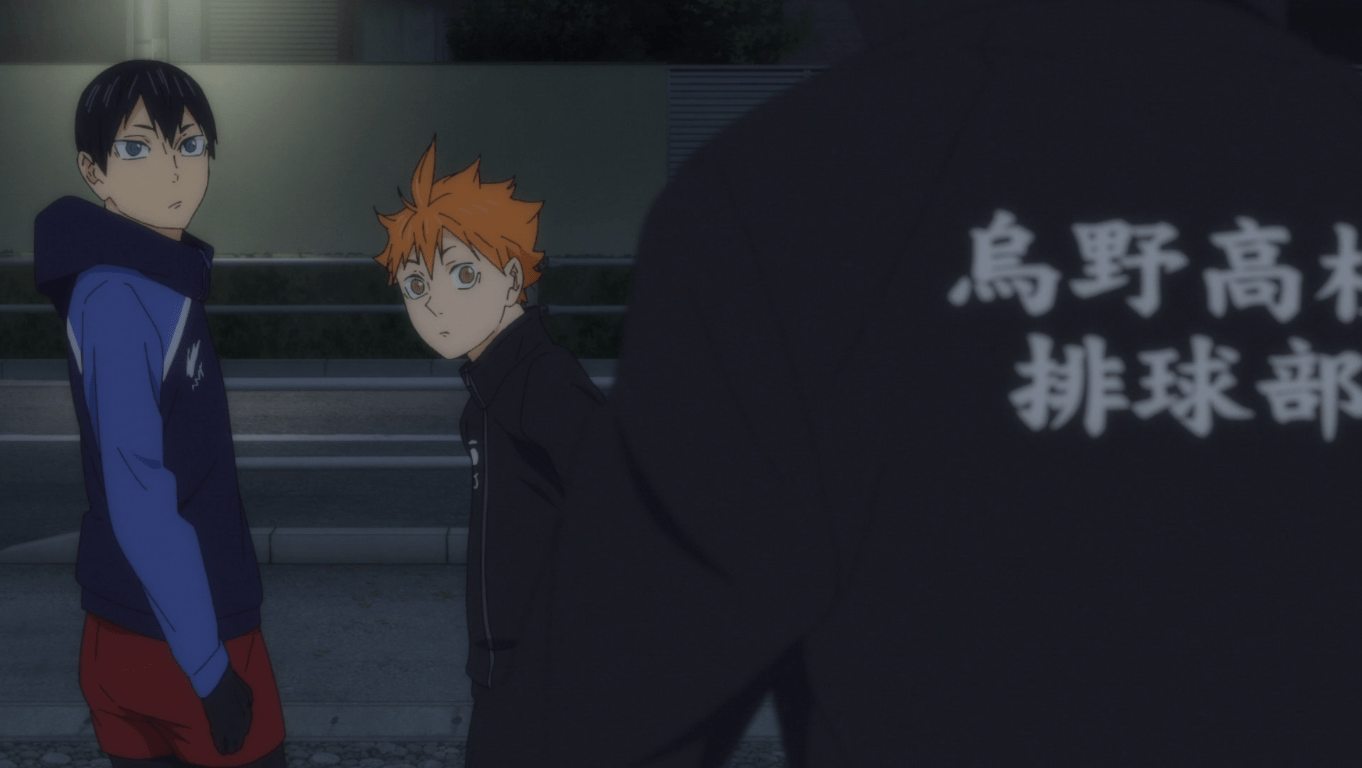 With a slight pause in the action before we delve into the National Tournament – an arc which took about three years to progress in the manga – “Everyone’s Night” allows everyone to breathe a bit. This episode highlights one of Haikyuu‘s greatest strengths: its characters.

“Everyone’s Night” is, as mentioned, light on the action, and focuses primarily on the lead-up to the National Tournament, showing the members of Karasuno going about their business as they prepare to head to Tokyo. The third years make a visit to a shrine, the loudmouthed idiots can’t keep still, and Akiteru checks on his younger brother. There are a lot of little moments in this episode that really emphasize how well-written and developed these characters and their relationships are.

I love that Sawamura’s alarm is a dog barking. For some reason, that is both surprising and not at all surprising at the same time. We get our first glimpse of Nishinoya’s grandfather (and also the confirmation from Nishinoya himself that he is, indeed, a perv). Tsukishima being forced to supervise Kageyama’s and Hinata’s jog by bicycle made me laugh. They also continued some running jokes – like everyone thinking every tower was the Skytree.

Side note: Kageyama jogging looked so much like Kakeru from Run with the Wind that it was uncanny.

We got to see some old friends again as the tournament got underway. Bokuto and Akaashi have made an appearance, as well as Sakusa and the entirety of Nekoma. Bokuto and Hinata’s relationship is the purest thing that ever existed, and I love the rivalry between Sawamura and Kuroo. But we also got to see Sawamura and Tanaka run into childhood friends – Ikejiri, whose team played against Karasuno in their first official match back in season 1, and Kanoka, who has a small arc during the tournament.

And finally, finally, Shimizu is more than a soft voice and a pretty face. Any anime fan knows that female characters often fall into several different tropes, most of which aren’t very flattering. Shimizu started getting more to do once Yachi showed up and she was no longer the only girl, but this episode gives her a bit of backstory and much more personality than we’ve seen from her previously.

She even mentions that she’s never really had someone like Yachi before; I always assumed she had friends and we just never saw them because it wasn’t important, but her confession makes me think she’s just never been able to get close to other girls. Even among the other third years, she doesn’t really talk as much. 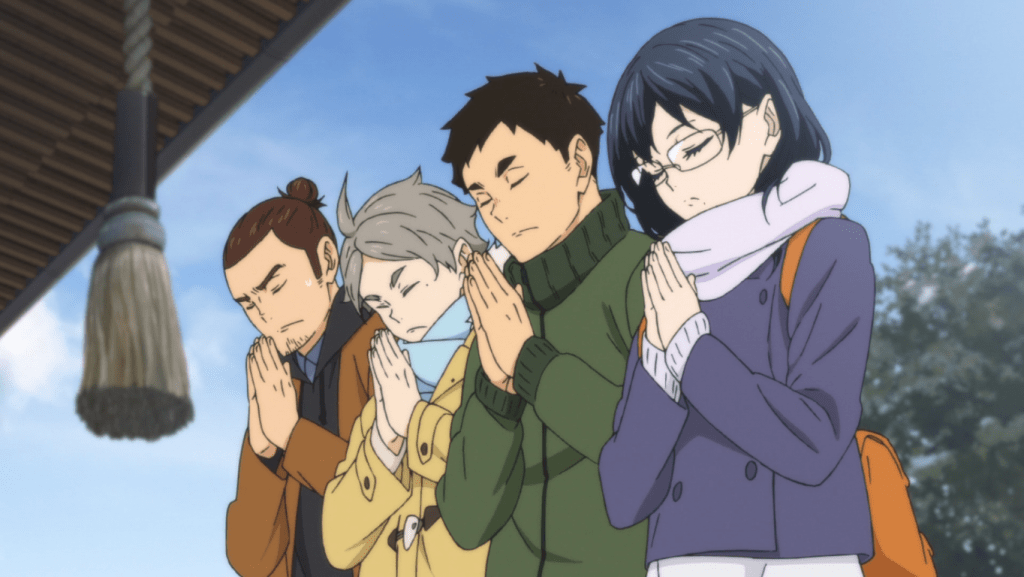 One thing I really like about the new knowledge we learn about Shimizu is that it shows even women who are considered beautiful by many can still be self-conscious about how they look. Shimizu was herself an athlete, and as a result she has scars on her legs that she always keeps hidden by wearing tights, even in the summer. It isn’t until Yachi calls them “badges of honor” that she seems to consider them in a positive light. Stuff like this finally makes Shimizu feel like a person.

But, while “Everyone’s Night” was mostly about the camaraderie that exists (or doesn’t) among the members of Karasuno, it’s also a prelude to the Spring Tournament. The scene with everyone running into each other before opening ceremonies called to mind similar scenes from tournaments in Miyagi, and the orchestral rendition of the OP got me ridiculously hyped for what is to come.

I’ll have to do my best to hold onto the hype, though, since we only have three episodes left until the mid-cour break.

Have you seen “Everyone’s Night”? What did you think?