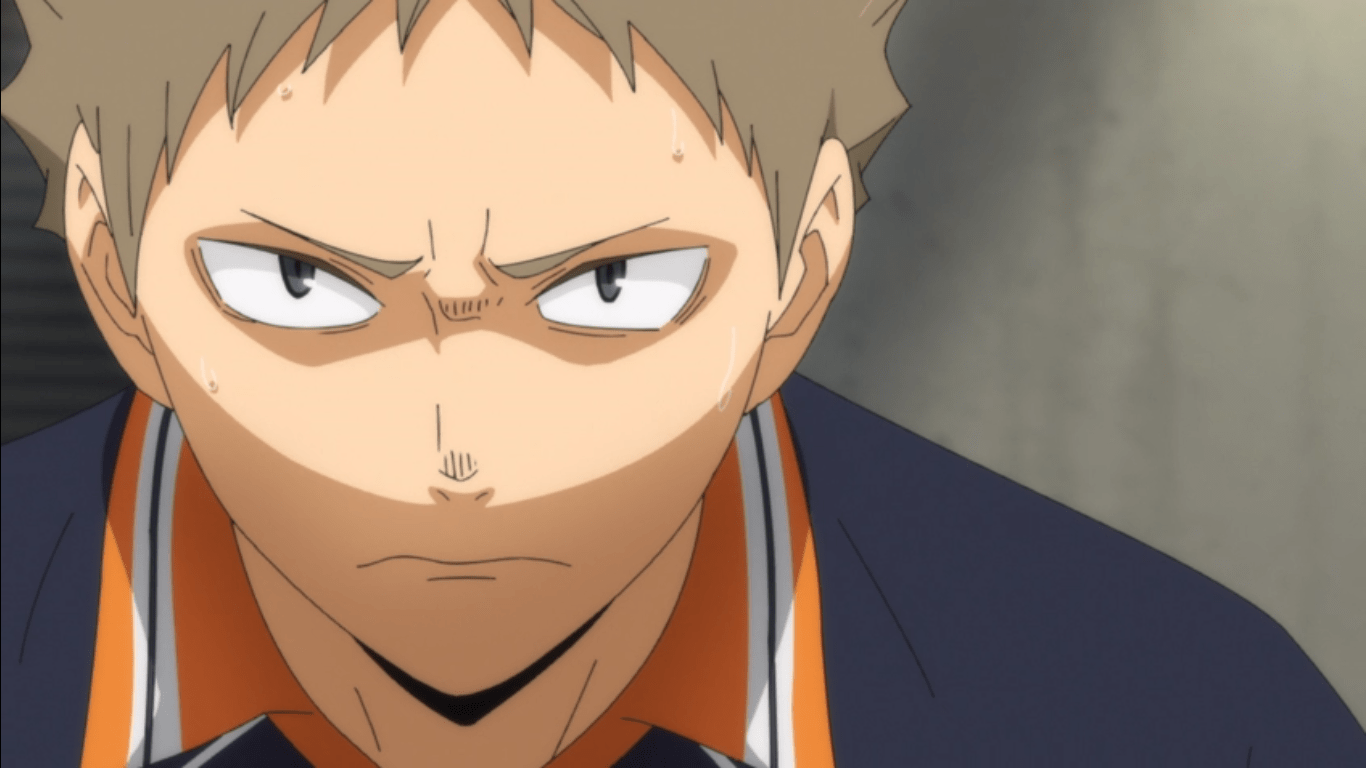 After a few stumbles in their opening match, Karasuno gets its groove back in “A Chance to Connect”, wowing everyone with their prowess and proving they deserve to stand on the national stage.

“A Chance to Connect” is all about the serve. From Kinoshita’s jump float attempt to Himekawa’s “ceiling serve”, back and forth between the teams, this episode really seemed to center on that most fundamental aspect of a volleyball game. As Tsubakihara pointed out, if you can’t get your serves, you can’t get anything.

By focusing on serving, it emphasizes how, often, the person who is hardest on an athlete is themselves. This is honestly true in many cases; we tend to criticize ourselves much more than other people do. But even though you can mess up in spectacular fashion (like, say, serving the ball into the back of your teammates’ head, or hitting it out of bounds after you said “of course I won’t” mess up), you can come back and absolutely nail it.

But it also effortlessly captures the spirit of Haikyuu!!. Hinata is putting to good use the new skills he learned during training camp, even if he’s not quite there yet. Kageyama has returned to top form after the hit-or-miss in last week’s episode. And Sugawara got the chance to shine in a match his seniors were watching. That might have been the best moment of the episode for me – Suga being in there for that final point and all three third years getting to experience playing in a match at Nationals. 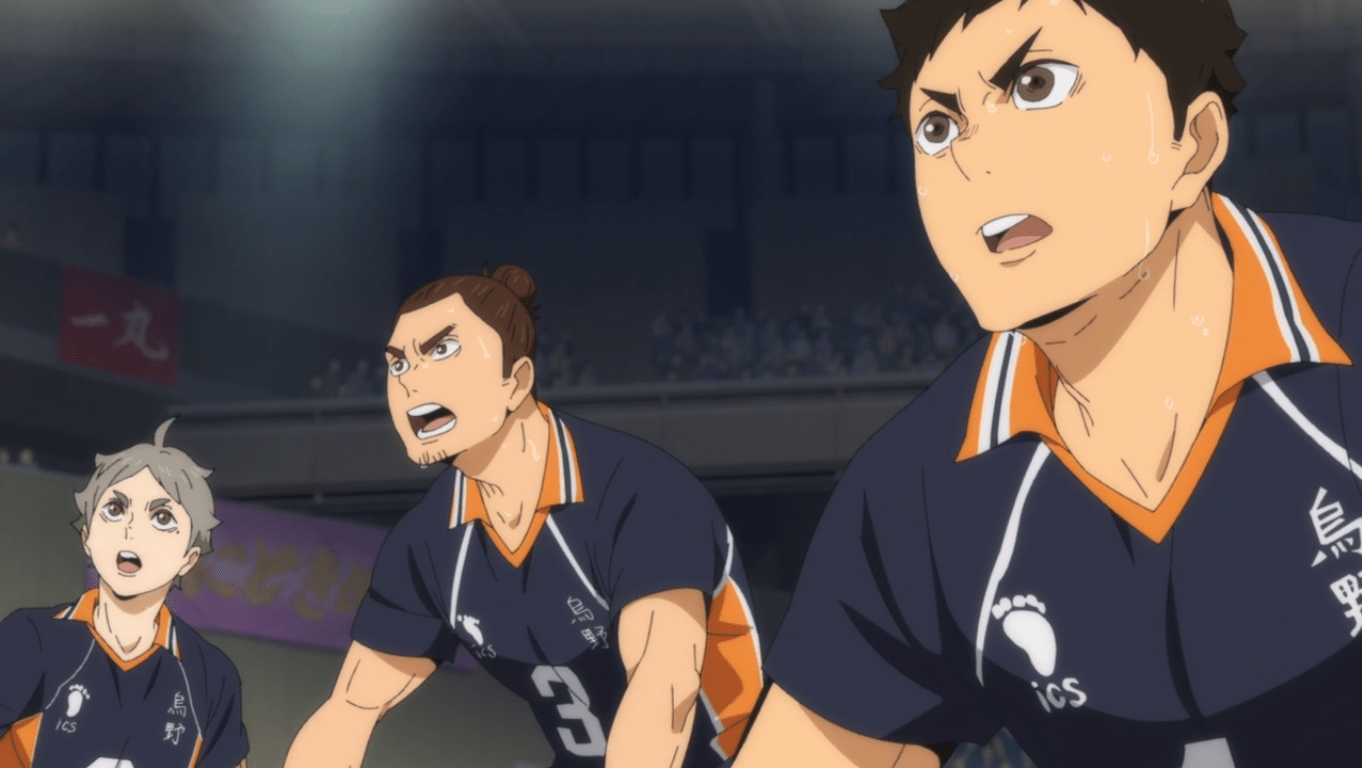 This is the essence of Haikyuu!! – that it’s able to highlight all of its characters. This is one of the few sports anime I watch where I feel bad for the other team when they lose. It’s amazing that a series is able to get me to love even the opponents (sometimes more than the main team – I mean, my lock screen is Oikawa, after all). But it’s also about utilizing the members of the main team who don’t often get the opportunity.

That’s why I’m so happy that Kinoshita is getting a bigger role now that the team is at Nationals. I really feel for him and Narita – and Ennoshita, to a lesser extent – for not getting as many chances to play. And you also have to feel sympathy for Sugawara, as the only third-year who doesn’t start. But they’re each given a chance to make an impact; it doesn’t always go the way they want it, but it’s nice to see them get the chance.

What’s great is that even though Karasuno is technically the underdog – they’ve been to nationals in the past but not in years and they’re comprised of largely unknown talent – they aren’t being treated as such. They have most decidedly earned their position in this tournament, and this first match is cementing that claim. Himekawa looking at them after they finally managed to score off his serve and going, “This is Nationals,” is highlighting how good Karasuno is. 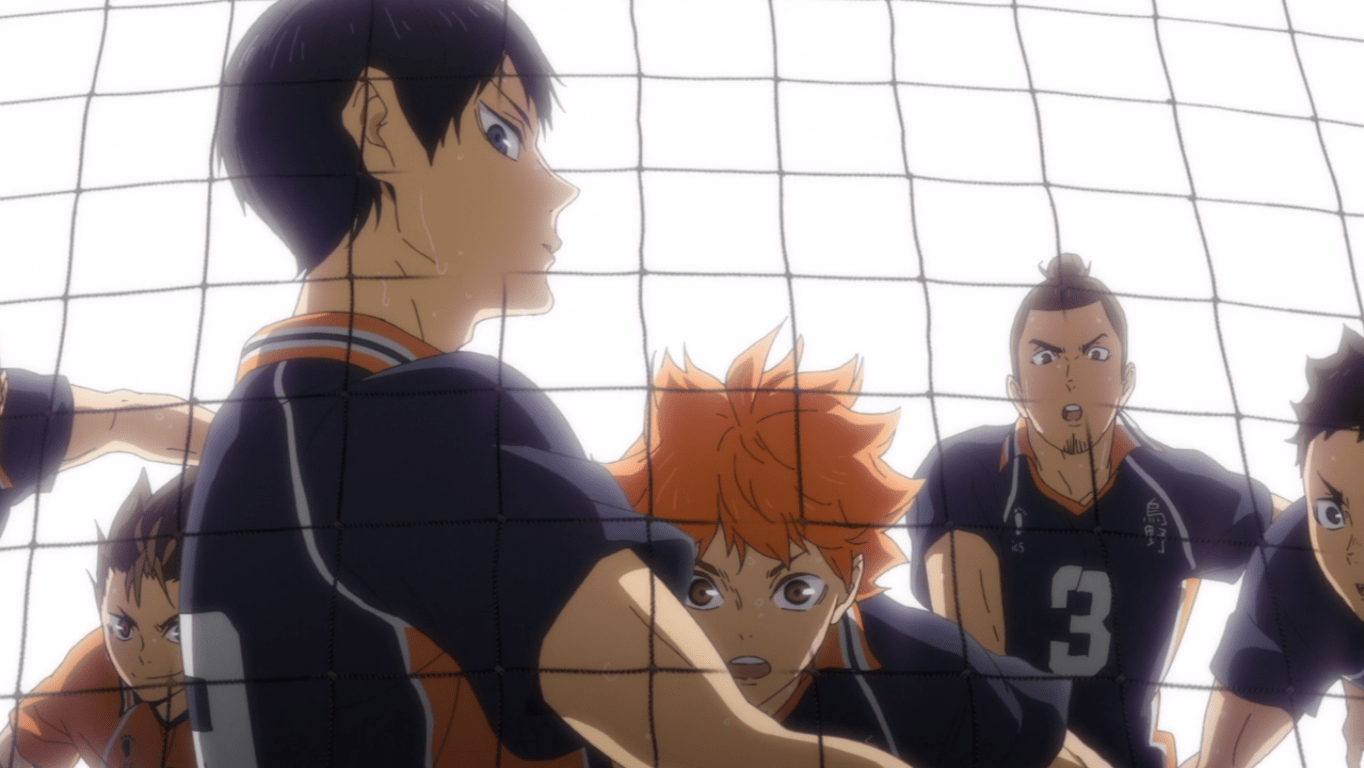 I am surprised they’ve already finished the match. An episode normally adapts about three or four manga chapters and this one was, like, eight. I have to assume they’re speeding up this first, relatively unimportant match so that they can devote more episodes to later matches in the tournament.

Still, this means they cut out some little moments I would have liked to see – like a couple of Nekoma cameos and showing Yachi in manager mode.

Have you seen “A Chance to Connect”? What did you think?