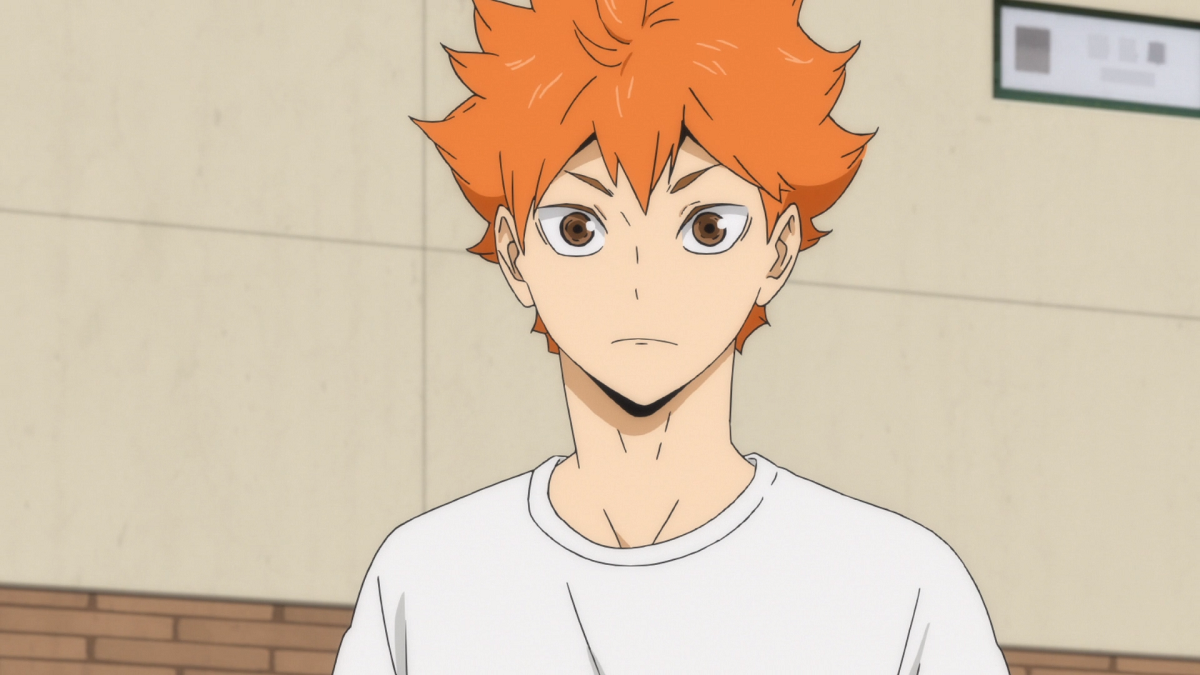 In “Perspective”, we start to see the old Hinata make an appearance. He’s now determined to use this opportunity to the best of his ability. He might not be able to play, but he’s still standing on the court, and at the end of the day, that’s what matters.

It was tough seeing Hinata so dejected, so I’m happy that “Perspective” offers a return to form for him. He was all sparkly and happy again!

Episodes like “Perspective” really emphasize why Haikyuu!! is my favorite anime and why Hinata is one of my favorite protagonists. He’s been excluded from a camp because the man running it doesn’t like him. (You can claim inexperience all you like, but Hyakuzawa is not nearly as skilled as Hinata and he got an invitation.) Since he hasn’t been invited, he doesn’t get lodging or food. Instead of giving up, he commutes daily (over 90 minutes one way) and concentrates on learning what he can.

He’s in his own little bubble. He didn’t get invited to the training camp? That’s fine. He’ll make his own. And it will be glorious.

The thing is – it’s working. You can clearly see his growth as a player just over the course of this episode. He’s paying attention to what others are doing, which is something he usually doesn’t do in a game because he’s focused so much on the ball. Here, Hinata recognizes this is a shortcoming and works to overcome it.

Hinata’s drive to improve is so admirable. I don’t think anyone else in his situation would have the grit and stubbornness to keep going even though it’s clear he isn’t wanted. I love, though, that the rest of the players appreciate his presence (except Tsukishima, but what did you expect?). It’s a testament to Hinata as a person that he wins over even his rivals.

One thing I really like about this arc is getting to see Hinata interact with people who aren’t his teammates. It’s very interesting to see how people outside of Karasuno view him. (I laughed when Tendo, of all people, said that Hinata was creepy. Pot, meet kettle!)

Now, we didn’t spend a whole lot of time away from the Miyagi training camp, but we did get to see a glimpse of Kageyama at the All-Japan Youth camp, as well as some brief shots of some of the other players. (I hope you were paying attention! There’s a quiz later.) I’m very excited to get to see more of this camp, which it looks like we will next episode, because many of these characters become very important later. 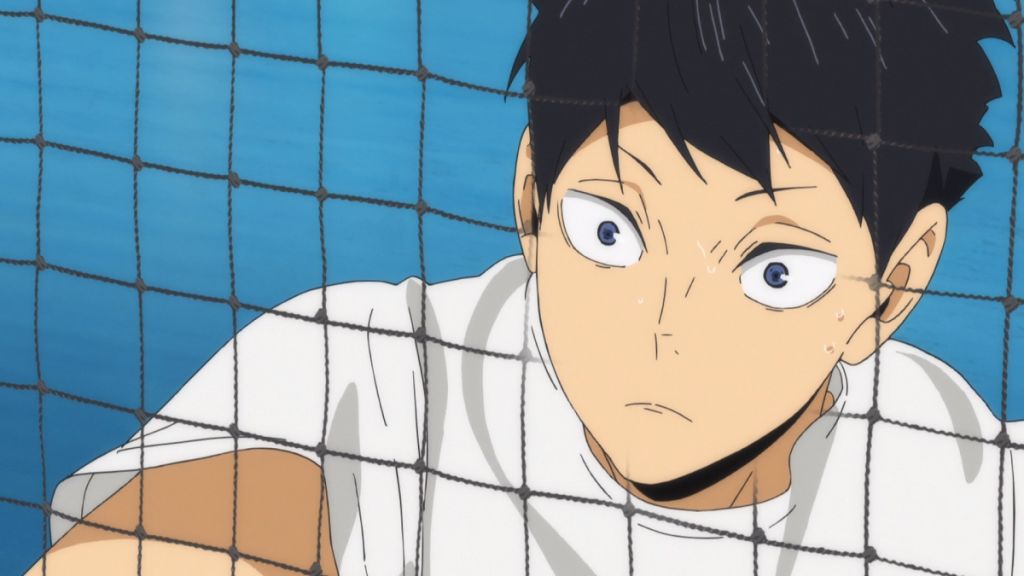 It’s refreshing to see that Kageyama is also struggling to play away from Hinata. For all the emphasis that Hinata isn’t as good without Kageyama, it’s nice to get proof that Kageyama depends on him just as much. Kageyama has always expected a lot out of his spikers, and he didn’t have anyone that could keep up with him until Hinata came along. Their partnership is the emotional core of this series, so I like the evidence that it’s mutual.

“Perspective” wasn’t nearly as intense as the past couple of episodes have been, but it wouldn’t be Haikyuu!! without humor, and there were some tremendously funny moments in this episode. (I’m usually above such juvenile humor, but Hinata taking a ball to the crotch was hysterical, I’m not going to lie.) Kageyama automatically setting for Hinata and then everyone just staring as the ball fell to the ground was great. Hinata’s facial expressions were once again a thing of beauty.

Also, I had totally forgotten about the split step thing, but now that I’m reading The Prince of Tennis, I can fully appreciate everything about that scene.

Have you seen “Perspective”? What did you think?