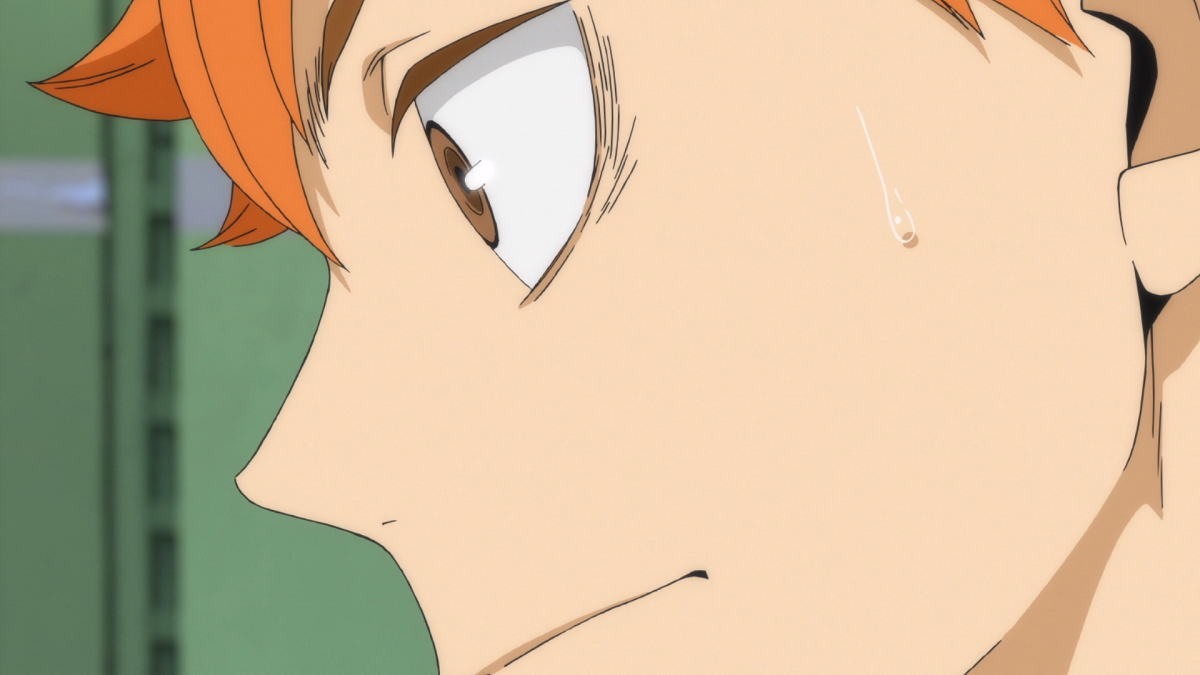 “Lost” follows Hinata in the aftermath of crashing the Miyagi first years’ training camp in last week’s episode. This episode does a really good job of highlighting Hinata’s frustration and his fears of being left behind.

Though we don’t see Kageyama at all during “Lost” (except via flashback), his presence is everywhere. Hinata’s goal to stand on the court the longest means that he has to be better than everyone. Kageyama is his main partner and also his main rival in achieving that goal, but now Hinata has to learn how to fight for himself. 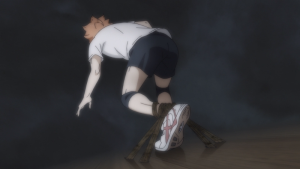 The scene where Hinata is getting tangled in vines while flashing back to Kageyama’s, Tsukishima’s, and even Yamaguchi’s achievements really hammers this point home. Hinata knows he doesn’t have the experience that everyone else on the team has. He worries constantly about being left behind, about only being seen as an extension of Kageyama. In essence, this training camp is his greatest nightmare because it only seems to confirm those fears.

Haikyuu!! has always been good at using the soundtrack to its advantage. The score in this episode really emphasized the emotions warring in Hinata. For the first time, his impulsiveness has not worked out in his favor, and the effect is starting to weigh on him. He’s been lectured by every authority figure in his life (Sawamura, Ukai, and Takeda), and he’s not able to practice the skills he should be learning. He isn’t benefiting from this experience. Not yet.

But this episode also showcases Hinata’s dogged determination. There’s a reason why things usually end up working out for Hinata; it’s because he doesn’t give up. Even after all the stumbling blocks that have been placed in his path, he just never seems to know when to quit. It was heartbreaking watching him get close to that point. He was clearly on the verge of tears throughout much of the episode. 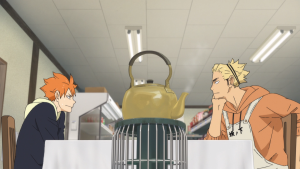 I’m not sure if it’s the new animation style, or if it’s been just that long since I’ve rewatched the first three seasons, but the characters seem more expressive in season 4. Hinata’s facial expressions in this episode were a thing of beauty, particularly as he suffered through his various lectures.

“Lost” is a perfect example of the anime elevating the source material. It was so much easier to feel Hinata’s anxiety than it was while reading the manga. As I previously mentioned, both the soundtrack and the animation really helped emphasize everything that Hinata is currently going through. Ayumu Murase is also doing a phenomenal job with the voice acting.

But even an episode with such a heavy tone still has its moments of levity, which is one of my favorite things about this series. Little bits – like Nishinoya doing “Rolling Thunder Double” into Tanaka and both of them getting yelled at, or this newly discovered fact that Takeda is apparently very scary (don’t think I didn’t notice the principal hiding!) – keep these more serious episodes from overwhelming you.

Also, I believe that Ushijima could recite the phone book and it would still sound badass as hell. It’s that voice, man.

Have you seen “Lost”? What did you think?