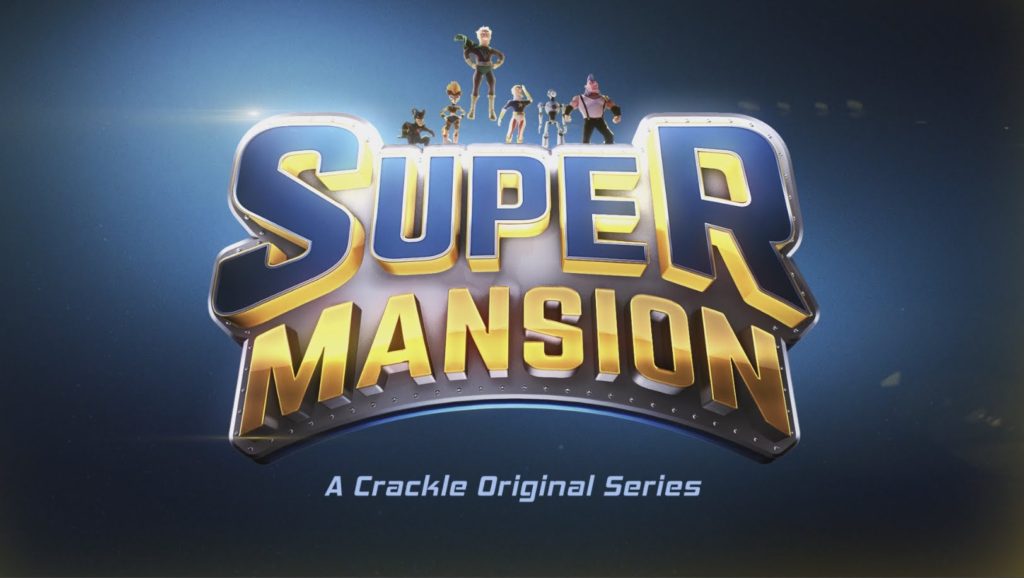 The cast and crew of Crackle’s stop-motion animated SuperMansion were at New York Comic Con last weekend to promote season 2 of the critically-acclaimed show. Hilarity ensued.

I’ll admit that I’m not at all familiar with SuperMansion. I’d never heard of the show, or even of Crackle, until I got the press release that they would be attending NYCC. But then I saw the list of people behind the show: Matt Senreich, Breckin Meyer, Keegan-Michael Key, Bryan Cranston… Sounds like a show worth checking out, so I applied for the press room, and it was by far one of the funniest press rooms I have ever done. How could it not be, with talent like that?

The big news out of the panel was the announcement Christmas special – SuperMansion: War on Christmas – which will be available December 8th.

Gary Anthony Williams made a surprise appearance at the panel, dressed as Santa, as he’ll be voicing Santa Claus in the Christmas special. He also made a surprise appearance at the SuperMansion signing earlier that morning, giving out presents to people. He gave me a little stuffed snowman! Jim Parsons will also be voicing a character in the Christmas special, and Yvette Nicole Brown will be joining the voice cast for season 2.

Cast members Gary Anthony Williams, Heidi Gardner, Breckin Meyer, and Keegan-Michael Key were there, along with creators Matt Senreich and Zeb Wells. Gary and Heidi talked about the inspiration behind their characters’ voices, with Heidi launching into the “Joe Pesci rant” that started it all. Meanwhile, Breckin lamented that he only seems to be able to play douchebags in animated shows and he hopes to start playing douchebags in his live-action roles soon.