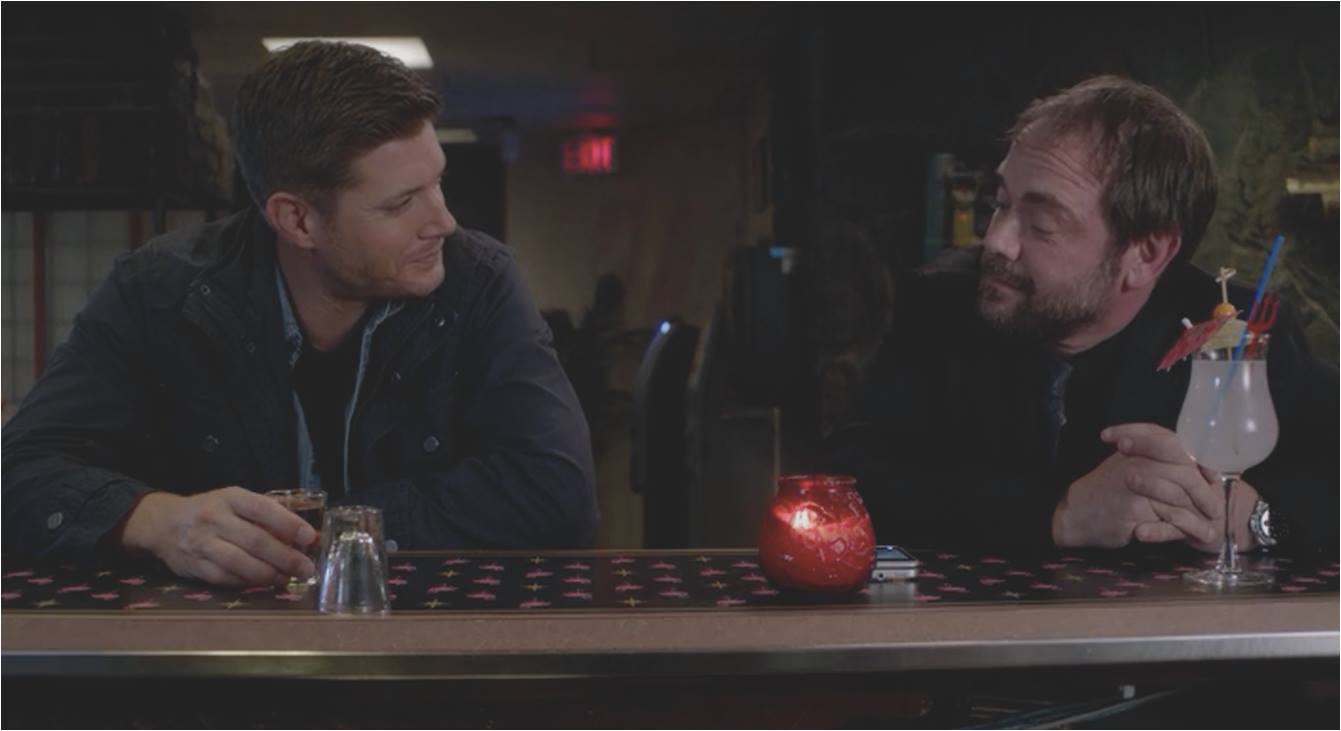 So far Supernatural season 10 has lived up to all of my expectations. I need to say right off the bat that I absolutely love Jensen Ackles’s portrayal of Demon Dean (like Robbie Thompson, I refuse to say Deamon). He’s not our big ol’ teddy bear anymore – he has definitely “gone dark”, as Sam puts it near the end of the episode. 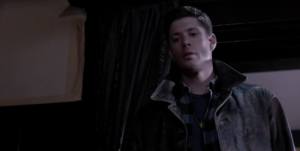 To start we finally get the heavily-hinted-at back story with Cole (Travis Aaron Wade). Honestly, I’m not sure how I feel about this character. I see how he provides plot-feeding, but I’d rather it just be Team Free Will. It will be interesting now that Cole is getting his head around the concept of those things that are “not natural”. Also, the little glimpse of a baby-faced 2003 Dean Winchester was awesome. The old leather jacket and the Samulet have returned (briefly)! I totally squee’d.

When we first see Demon Dean he’s in a strip club. It’s not that much of a change from regular Dean, but he’s definitely not the sweet fuzzy Dean that he was in the last 9 seasons.

By the way, the cuts between Sam being beaten and Dean beating the security guard were excellent editing. 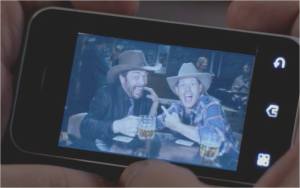 In the “then” recap, Crowley talks about how he and Dean are best buddies (oh, the cowboy hat photo with “Lonely Girl” playing the background – PRICELESS), but Dean is having absolutely none of that. Considering that he’s a Knight of Hell, why would he? Though Crowley is the King of Hell, he’s nothing to Dean. The push back is expected on Dean’s part. He’s basically being forced into a situation after being told what to do all his life. Dean is essentially free right now, so there was no way this was going to last. This isn’t what Crowley wanted, so having him sell out Dean to Sam was pretty expected. Crowley is definitely hurt about not getting his bestie, and says that Dean is “not relationship material”. This is surely aimed to specifically hurt Dean, as there is some human element remaining in him, but I think he just doesn’t care that much anymore – or at least he’s trying to convince himself of that.

So where is Cas during all of this? 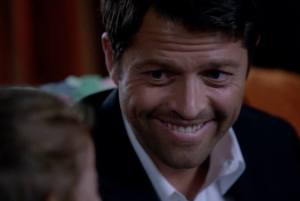 I nearly cried when Sam called to tell him that Dean was a demon. I swear I heard his voice crack when he repeated it, and the “that is a vast understatement” line gave us a hint of the old Castiel from season 4 – all smite and soldier. His fading grace, though, is a big thing in this episode. Cas asleep on the couch is as priceless as that sweet smile for the little girl in the morning. He’s dying, and he’s definitely more human. Hannah, his ever-angelic companion these two episodes, is definitely starting to learn about humanity. She reminds me of Cas when he was just figuring things out. I’m not sure we need another rebelling angel (look what happened to Anna) and considering how she was in regard to Cas and the Winchesters last season, the relationship seems a bit awkward and rubs me the wrong way.

Going back to Demon Dean, he does have the driving force to kill because of the mark, and we’re given a glimpse of the errands that Crowley sends him on. He doesn’t follow the rules like “a good little soldier”, though – he has his own idea of justice and killing. I think it’s interesting how there are some things he does seem to clearly care about (saving that woman from her horrible husband), but he pushes those who are attached to him away (Sam and Crowley – interesting that as of yet Dean hasn’t mentioned Cas). The thing is, Cain learned to live without killing – granted it took hundreds of years, but he didn’t need to feed the mark. 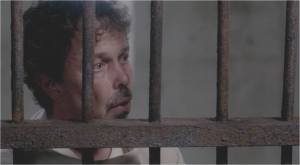 Speaking of people from last season, I got to sit down with Curtis Armstrong during NYCC, and that man has such a good straight face. I asked him if we’d see him in season 10, and he was cool as a cucumber. Then who shows up this week? Metatron. I applaud you, Mr. Armstrong. MetaDouche rises again! Absolutely phenomenal in his portrayal. Metratron tries to deal with Hannah (like that ever turns out well in this series), but he also reveals that part of “Asstiel’s” grace is still intact. Cas tells Metatron to keep it as he’s accepted his fate – seeing him locked up is Cas’s “happy place”. That whole interaction between the two is absolutely amazing, both well-written and well-acted. It was probably my favorite dialogue of the episode, and one of my two favorite sequences.

It’s worth noting that twice this episode we saw an allusion to a Hannah/Cas relationship as being something more, but honestly because of what happened last season, and the fact that they are technically siblings, it just rubs me the wrong way. I just look at it logically; I like Cas as the older brother instead.

Near the end of the episode we finally get the high-noon showdown between Sam and Dean, as well as Dean and Cole. This was my other favorite moment of the episode. Sam proved that he will do anything to save Dean, which mirrors what Dean was willing to do for Sam at the beginning of Season 9. This constant role reversal of trying to do right by one another is, as far as I’m concerned, not surprising. I’m sure many think it’s old hat, but that’s what the Winchester boys do – they always put each other above themselves. As long as this show goes on, this will always happen, and I’m okay with that. I would just like to see more of their extended family (e.g. Cas, Charlie, Kevin, Garth, etc.) included.

The extension of this sequence is the fight between Cole and Dean, and hot damn was that awesome! Demon Dean easily kicks Cole’s ass, and is snarky while doing so. Cole’s frustration is fabulous, but what is perfect is how Dean just leaves him. Yes, it’s a fate worse than anything for Cole (and it also keeps the character going), but it’s pretty cruel on Dean’s part. He beats the guy up and then just leaves him. Pretty harsh. It’s also where Cole changes tactics and starts researching demons. It doesn’t alter his motivation, which is still driven, but just how he is going to attempt to get Dean in the end? Sadly for him, Dean is a Knight of Hell and it won’t really work. Like I said before, I’m not too sold on this side character, but we’ll see.

With Sam finally catching Dean, handing the First Blade to Crowley to ditch, I think what was maybe a throwaway line was the most heart-wrenching moment ever. Sam says how filthy the impala is, and Dean responds, “It’s just a car, Sam”. This goes back to my point about Dean pushing away the people from his old life, trying not to care and embracing strangers instead. Baby was a central figure in Dean’s life. The care he put into her, and Chuck Shurley’s epic speech from “Swan Song” (probably my favorite monologue of any television show ever, by the way) demonstrates how important Baby is. Dean not caring about her shows how much he has changed. This constant push against his old life, whether conscious or subconscious, is absolutely apparent. There might be some humanity left in him, but it’s not the old Dean – not even close. The Mark of Cain definitely has done something to him. Though there are still attributes and characteristics of Human Dean, Demon Dean is an ass.