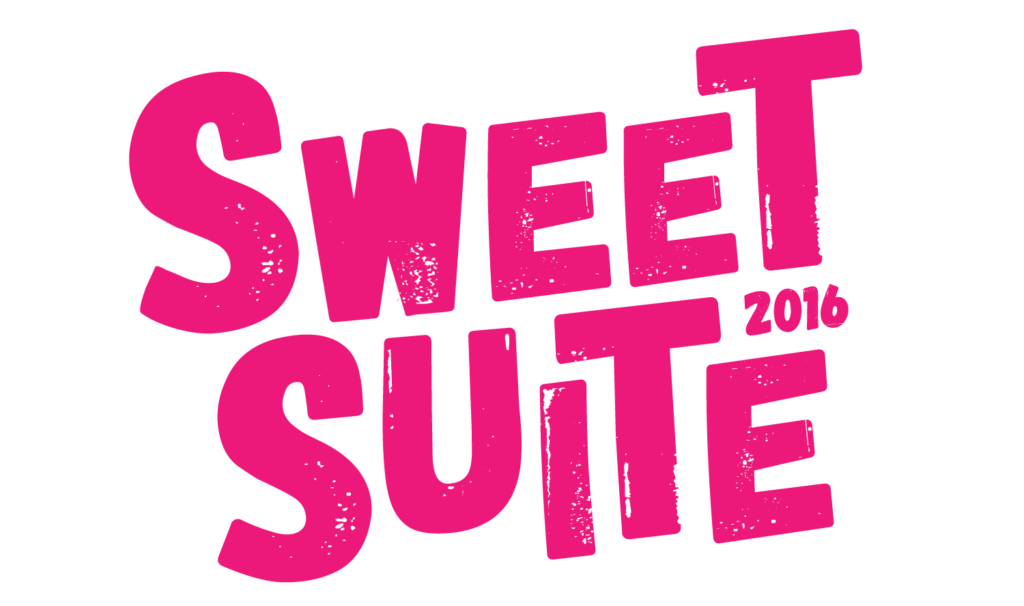 Last night, for the first time in my life, I attended a yacht party. Sort of.

Actually, it was Toy Insider‘s annual Sweet Suite, a mini-toy fair where companies are invited to come and show off their upcoming products to bloggers and media professionals. If you were following my tweets from the event, you know that I had a fabulous time. 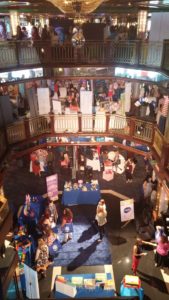 Held on the Majesty yacht, docked on the Hudson River, this year’s Sweet Suite was three floors of food and fun. While most of the companies skewed younger than our usual demographic, I did enjoy myself immensely at booths like Skylanders and Just Pretend. LEGO and Mattel were two favorites who fielded booths, but most of what I saw on display was also shown at the Toy Fair in February (and I still have no idea if I can show you all the pictures I have of the LEGO Star Wars Advent Calendar!).

The event felt just like a yacht party, especially considering the free food and open bar. I know I should be talking about the toys, but no, let me tell you all about the food because it was amazing. Each floor had a different spread – pasta, cheese and crackers, pita and hummus – and the fully-stocked bars on each level would make you whatever drink you wanted, in addition to that floor’s signature cocktail. (Although heels + alcohol + boat = Jamie switched to flip-flops early.) There was a healthy dose of candy sprinkled throughout the ship as well. And that’s not even counting whatever the companies were offering up in their booths. 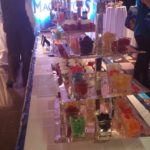 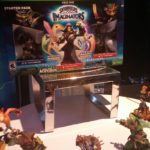 Remember how I mentioned I liked the Skylanders booth? Well, I was initially drawn to it because of their fabulous decorate-your-own cupcake bar, which offered a multitude of toppings with which to dress up your red velvet cupcake. But I stayed at this booth much longer than any of the others because I started playing a demo of the new game, Skylanders Imaginators, which will let you create your own characters. I played for about fifteen minutes, and after I was done, I decided that I need to upgrade my gaming system. I’m not much of a gamer and I don’t own any of the consoles on which the new game will be released.

And, oh, man, the offerings at the Bite Me More booth, where the ladies behind the site were promoting their new cookbook, Lick Your Plate. There were three different kinds of cookies – all of them delicious – and I’m still kicking myself that I didn’t squirrel a few away to bring home. My favorite one was the White Chocolate Cranberry, and I don’t even really like cranberries, so that should tell you something right there. 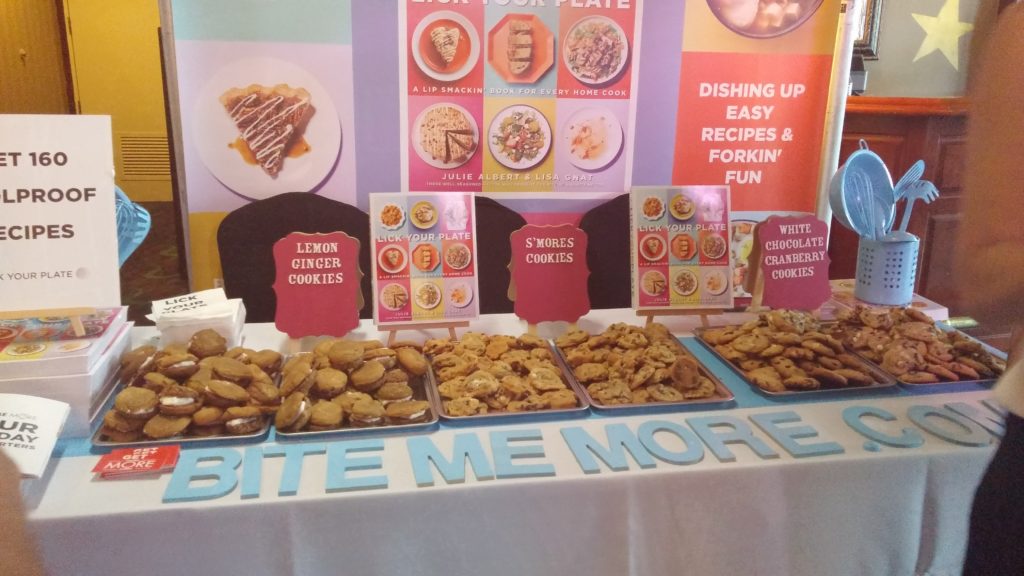 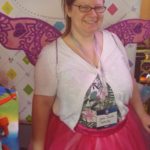 It may not seem like it, but I swear I didn’t just wander around the boat eating goodies. I did some exploring as well. Just Pretend Kids is a company that offers extremely detailed costumes for children, and they gave me a taste of some of their items by getting me to dress up like a fairy princess – wings, tiara, and all! They had different colored wings and tutus available for everyone to try on, though sadly the wings are non-functional. Darn! Thwarted again by that pesky nuisance that is gravity. Oh, well.

Meanwhile, Just Play Toys seemed set on making me succumb to an overwhelming sense of 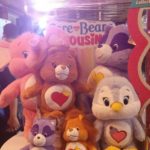 nostalgia. The two product lines that immediately grabbed my attention as I was walking by are the same things I had as a kid, just with a different look. Now that the Care Bears are having a popularity resurgence, Just Play wants to bring back their animal friends, the Care Bear Cousins. As a Care Bear collector, this pleases me greatly. Bring back all the Care Bears, please. (I put in a request for them to make a new Loyal Heart Dog. I’m pretty sure I have literally everyone but Loyal Heart.)

Just Play also had on their line of Kitty and Puppy Surprise toys, which I had no idea they were even still making. I think my sisters and I had at least one each. (Kitty Surprise, of course!) Of course, I don’t think any of ours were pink. Also, none of ours barked! (Well, I mean, of course they wouldn’t, we had kitties, but you know what I mean.) 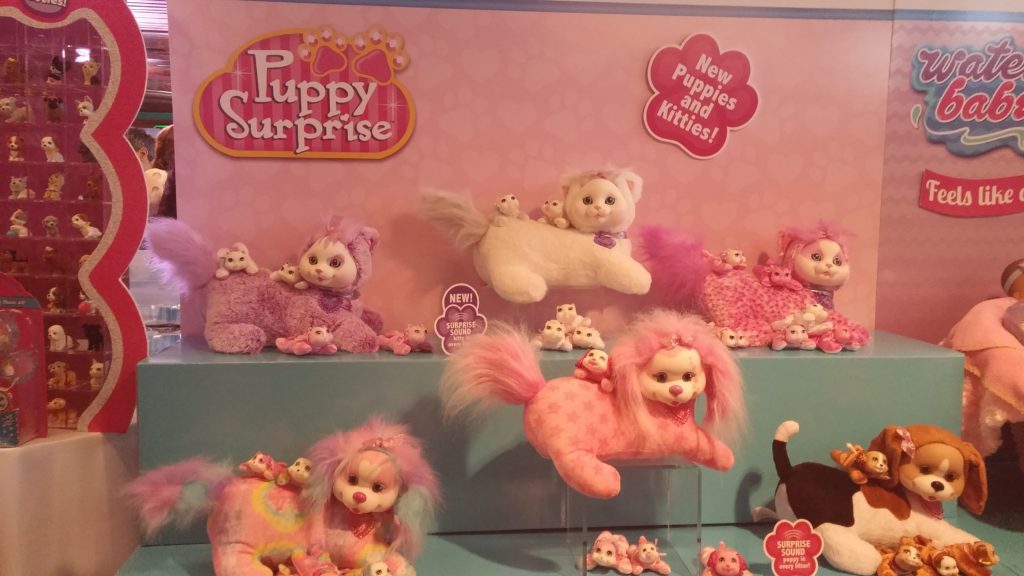 Thames & Kosmos wants to help get more young girls interested in science and so have paired with Mattel to produce some Barbie STEM (Science, Technology, Engineering, and Mathematics) kits. Each kit comes with either a Barbie or a Nikki and focuses on helping the girls solve a problem, like cooling off a greenhouse or building a better closet, and then gives them all the tools to build the solution. 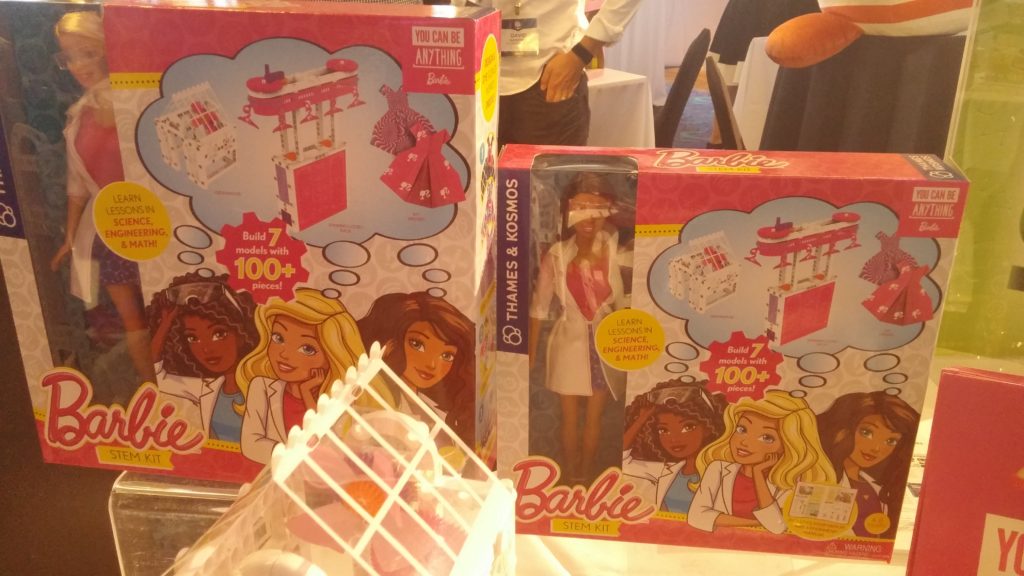 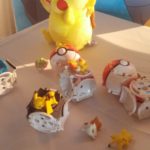 A lot of us here at The Geekiary have fallen down the rabbit hole of the new Pokémon Go craze, and if you’re a fan of Pokémon, you might be interested in this product from TOMY Toys: a pokéball that opens when you throw it, releasing the Pokémon that’s inside. It may not be as fun as wandering out in the wild and collecting all the virtual Pokémon your heart desires, but tossing an actual pokéball may go a long way to helping improve your aim! (Or vice versa, who knows?)

Last but certainly not least I sat down to rest at the LEGO Dimensions booth, where I was able to witness a guy in the middle of a demo of the new Ghostbusters game, where you can play as Abby, Erin, or Jillian, each with different abilities and skills. (You may be able to unlock Patty as well – I don’t think I saw that far into the game.) Keep the pad close to you, because it’s interactive! It’s more than just putting a character on the pad and using it to store your data – when a ghost has you trapped, areas of the pad will light up red, and you need to move the character to a non-red section to break the spell.

Basically, Sweet Suite was great food, great fun, and a great time. I’m so thrilled that I was invited to participate this year, and I hope you guys check out some of the toys I mentioned, because I think they’re pretty neat!

Previous:Talking with Joel Furtado About Working With Marvel and Queer Representation in the Gaming Industry