In the real world, one that doesn’t have superheroes with supernatural abilities, one young woman is determined to take back the night. The cast of MTV’s Sweet/Vicious was at New York Comic Con to promote the show, which premieres November 15. 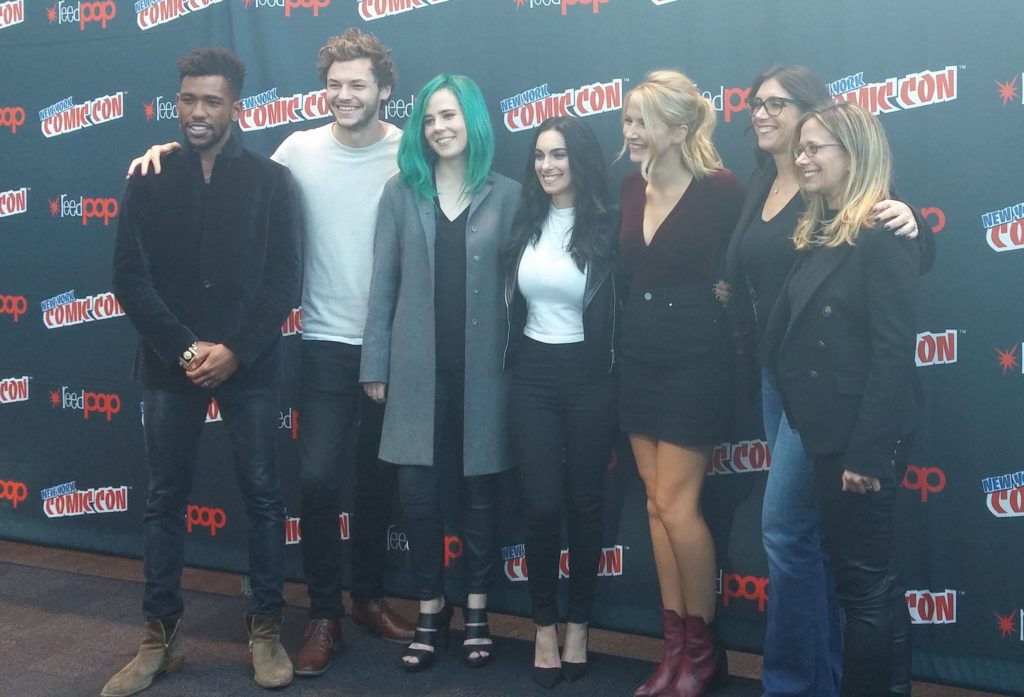 Sweet/Vicious is the story of Ophelia (Dearden) and Jules (Bennett), two young women who are leading a secret double life. By day, they are ordinary college students; Ophelia, a super-smart slacker, and Jules, a sorority girl. By night, they are vigilantes, defending those who cannot defend themselves.

They showed the trailer during the Teen Wolf panel at this year’s San Diego Comic-Con, and I remember being intrigued but also wary. As a veteran fan of Teen Wolf, I know how well MTV can do a trailer, and I also know that they don’t always back it up with the show itself. Still, Sweet/Vicious is a show about a young woman who goes out at night to stop people from being sexually assaulted, and it definitely gives off a Kickass vibe. Now, I missed the panel because of other press obligations, so I didn’t get to see the sneak peek of the pilot episode, but I hear that it was very well received by the fans in attendance.

I got the chance to interview the cast and crew, and one of the major talking points at our table was that of the nature of sexual assault; namely, people wanted to know how they intended to handle the topic. The general idea is that they wanted to use it as a narrative point (Jules is assaulted, which is what prompts her to become a vigilante) but not be exploitative about it. The important thing is that they want to start the conversation, because this is a very prevalent thing that happens on a lot of college campuses.

Check out our interviews with the cast and crew below!