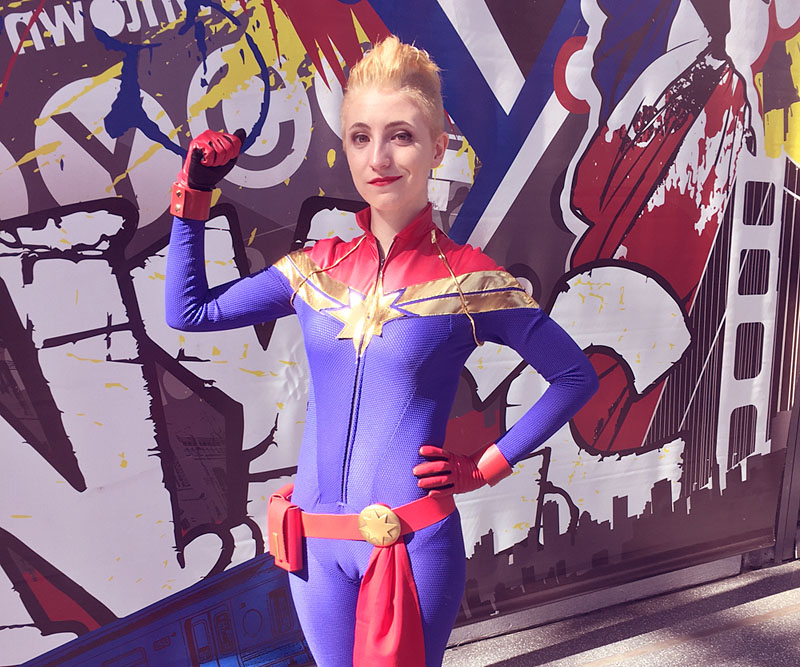 One of the best things about New York Comic Con is the abundance of cosplayers. Here’s The Geekiary’s round-up of some of our favorite cosplay spotted around Javits Center October 6-9, 2016.

For four days, New York Comic Con is stepping into a world where superheroes, storm troopers, Jedis, ghostbusters, and walking trees are considered normal. Cosplay is also the fun of crossovers running gleefully wild in real-space: Princess Leia can pal around with a zombie, characters from rivals DC and Marvel can line up together for lunch at the cheesesteak truck. There’s an immense amount of creativity that goes into cosplay, whether it’s a brilliant instant visual humor concept, the spit-and-duct-tape resourcefulness of a costume assembled from someone’s closet (plus perhaps a quick trip to Target), or the craft of days, weeks, or months creating a costume from scratch.

It just wouldn’t be a comic con without some Ghostbusters wandering the con floor. (If the Javits Center ever gets an actual haunting, it’s totally covered). This year saw both the classic and the new—Jillian Holtzmann from Paul Feig’s female-led reboot was a popular costume. 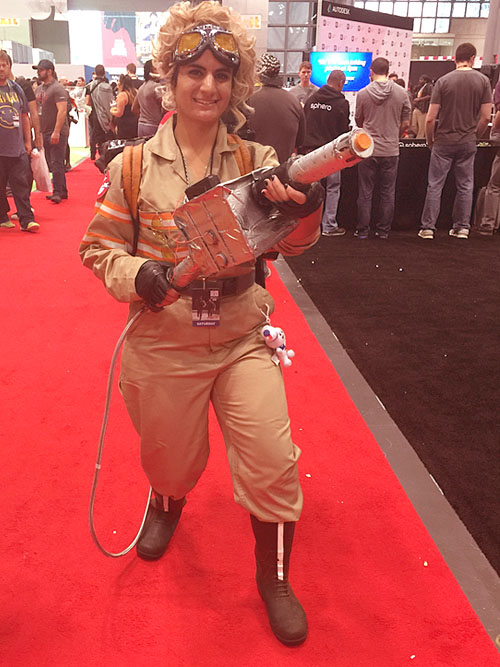 As well as Ghostbusters old school. 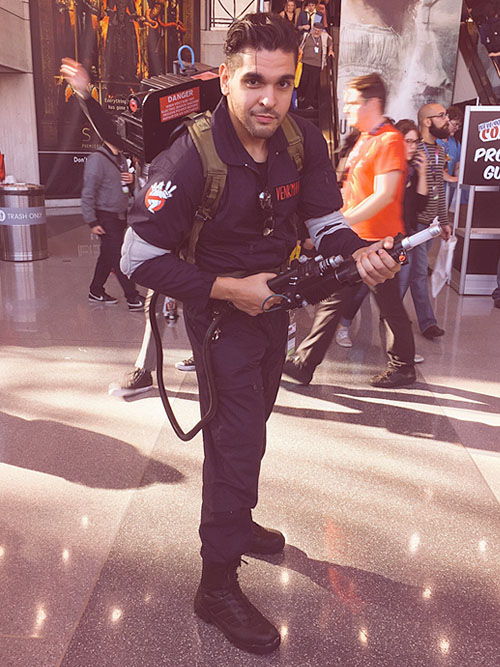 Marvel, as always, was a popular costume subject, and it was great to see a lot of diversity in the range of characters wandering around. 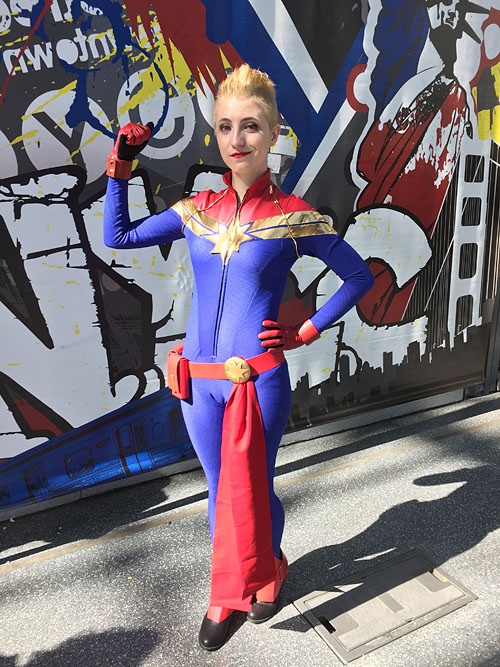 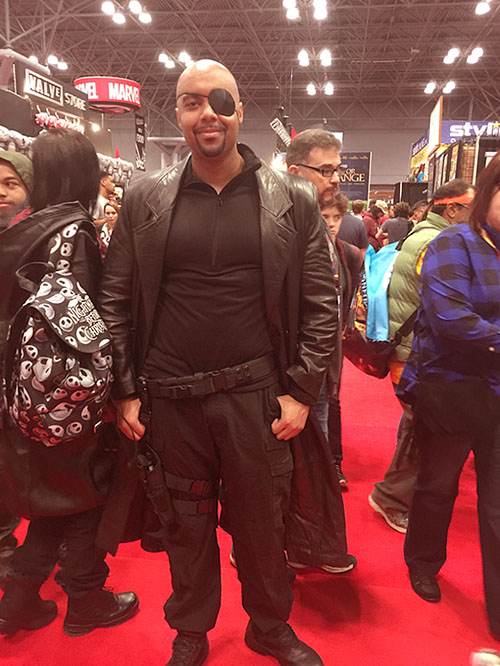 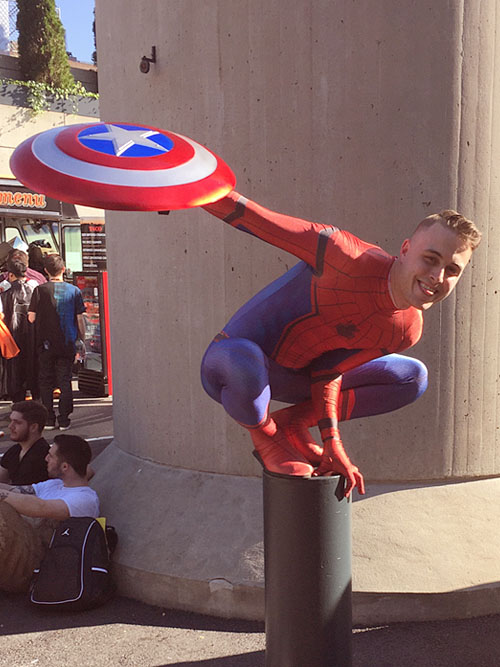 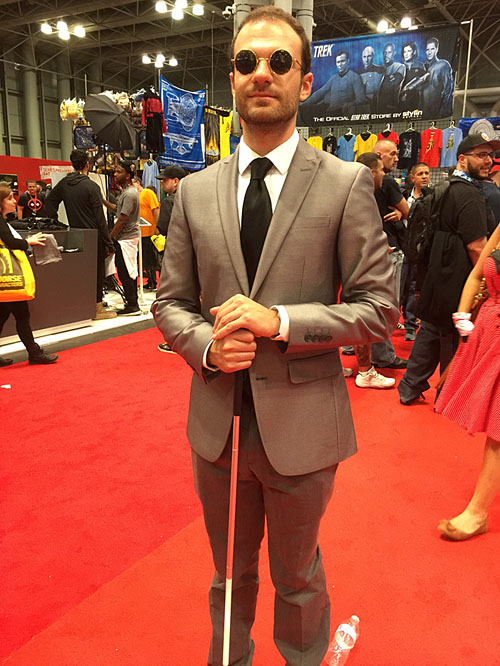 River the service dog may have stolen the show as Captain America. (The next day, River was garbed as The Winter Soldier—sorry I didn’t get a picture of that). 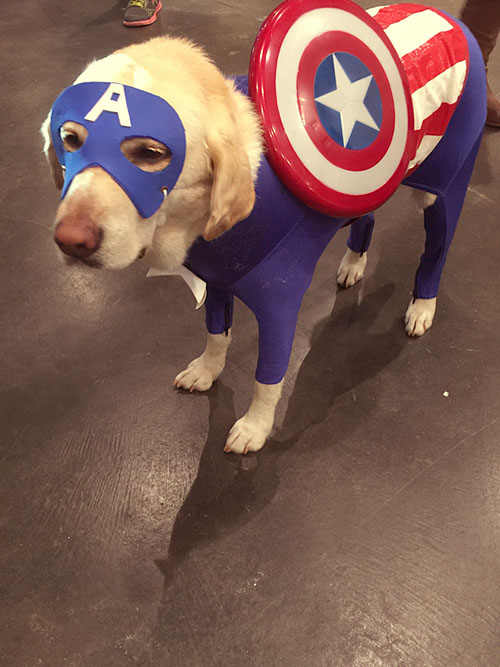 DC, like Marvel, is also very popular at NYCC. Along with the usual Justice League characters, especially many (many) Batmans, I spotted an Oracle, a.k.a. Barbara Gordon pre-52. Despite being an extremely beloved and iconic figure at DC Comics, this is the first time I’d ever seen an Oracle cosplay, probably due to the logistics of needing a wheelchair involved. (Batgirl is very popular, however). 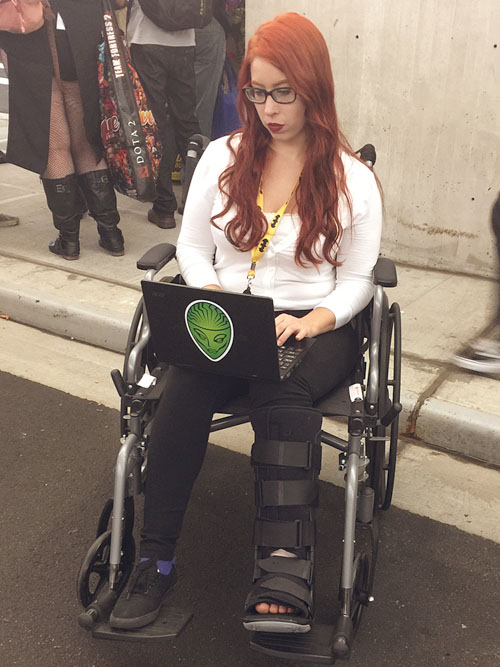 Star Wars as always was a NYCC mainstay. It was great seeing a lot of Rey after the success of The Force Awakens.

Looks like Luke Skywalker finally got off that lonely island. 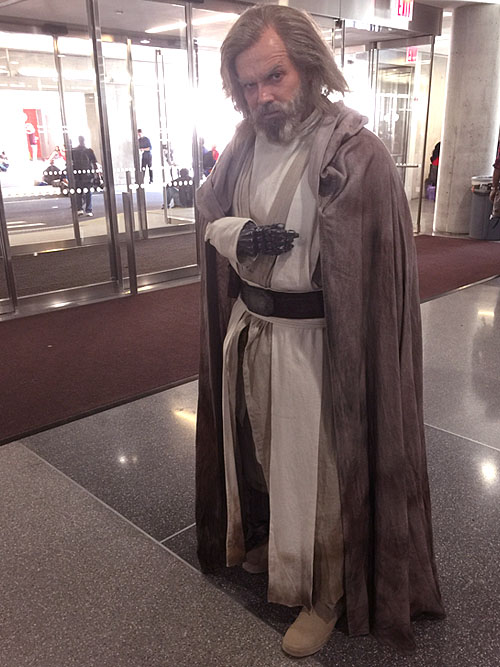 Netflix’s Stranger Things continues to go viral. There were many, many Elevens, plus Joyce, Chief Hopper, and others. A Barb walked right by me, and there were Justice For Barb flyers taped up around the convention center. 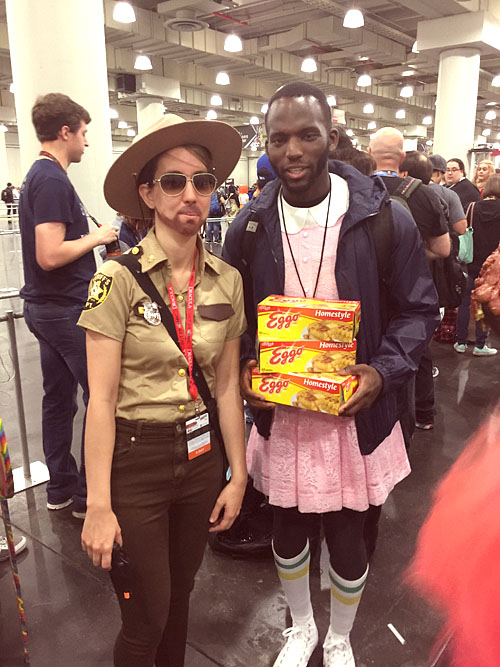 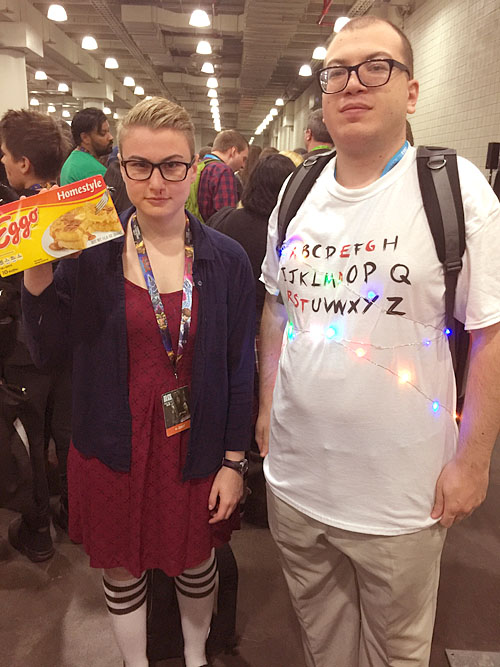 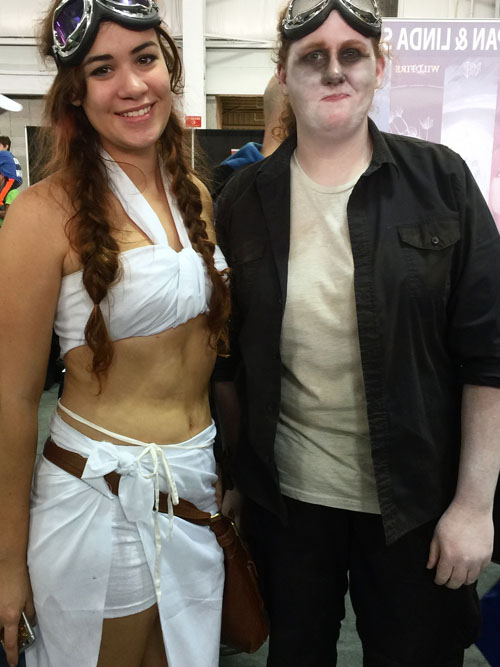 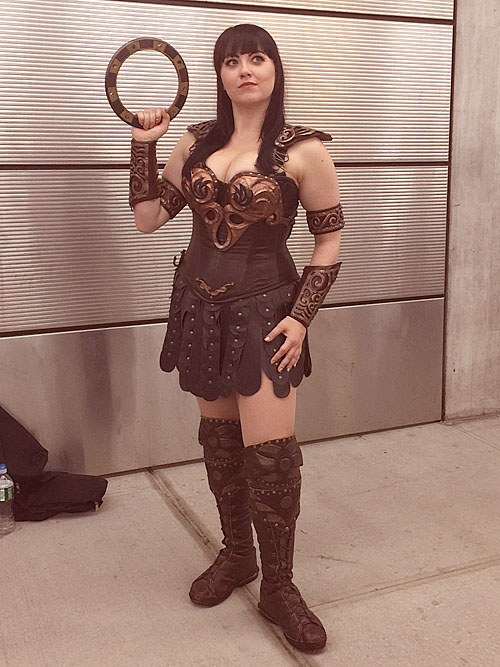 The ladies from Hocus Pocus were at NYCC too, ready to go amok on everything. The detail on these costumes was especially wonderful. 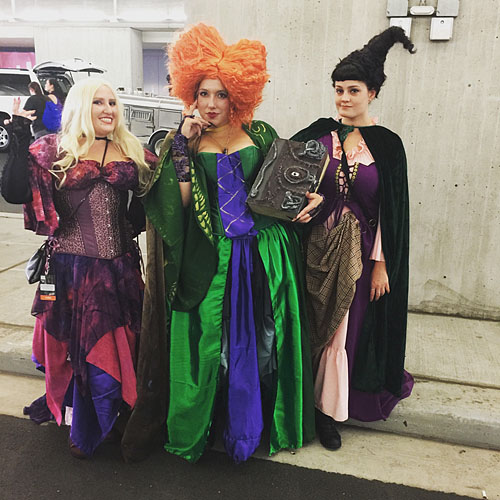 Have a favorite cosplay from NYCC 2016? Did you spot a character at the convention you were excited to see represented? Feel free to tell us about it in the comments.