The last act of the third and final season of the web series Carmilla premieres this week, so the cast and crew were on hand at New York Comic Con to promote it and give a little bit of insight into the show. 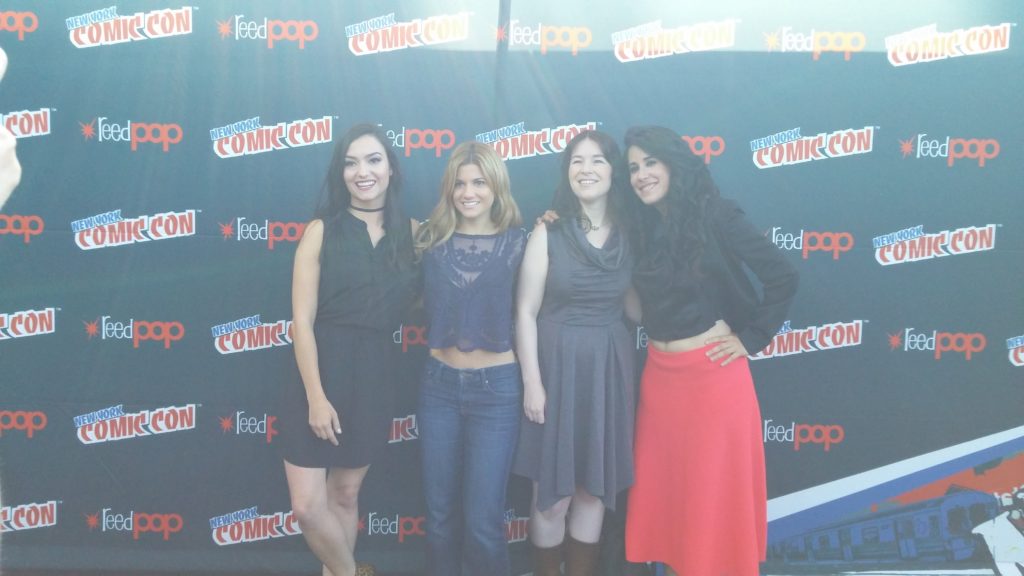 But, first things first: BIG news announced in the panel, as they revealed that a Carmilla movie is coming in 2017! Yes, you heard that right, a full-length Carmilla feature will be coming out next year. You can pre-order your copy of the movie by heading over to the official site, where there are three different bundles to choose from, each with different content. Choose wisely!

As one might expect, the panel was full of great insight about inclusiveness in media, specifically for the LGBT+ community. One fan, perhaps expecting some casualties in the last few episodes, asked about the “bury your gays” trope and whether or not that was considered. Jordan said that they discussed that a lot in the writers’ room, and that they are going to put out their absolute best story. Steph went on to add that half of the writers are in the LGBT+ community, and it was extremely important to them to do it right and treat it with respect. 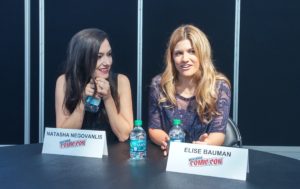 Natasha talked about how thankful she is to Carmilla for introducing her to other queer women, as growing up she had mostly been friends with guys. Elise said that the show’s active and loyal fandom had taught her a lot about the importance of connections. She thinks it’s great that people who may not be able to be open in their real lives can be themselves online.

I was extremely fortunate to be able to interview Jordan, Steph, Elise, and Natasha in the Carmilla press room, where they talked about a whole host of things. As the press room was before the panel, they were understandably vague about the future of the series, since they wanted to save the big movie announcement for the fans. Still, there are some great answers to some great questions.

Check out our videos from the Carmilla NYCC press room below!

Previous:16 Really Great Cosplays from NYCC 2016
Next: Supergirl Is a Monday Night Hit for the CW