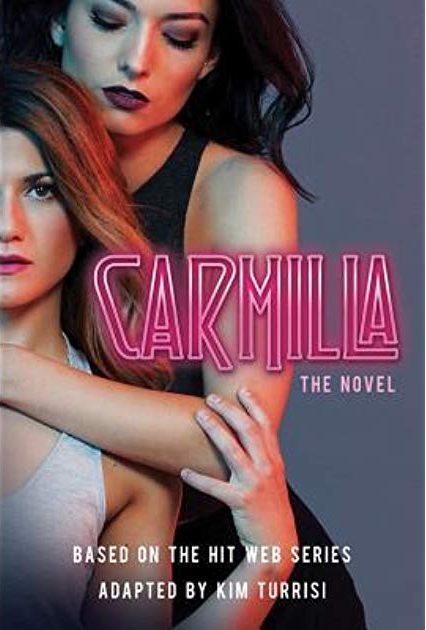 What Pride Month would be complete without the original lesbian vampire story? The Carmilla book is based on the web series, which is itself based on the 1872 gothic novel of the same name. Fans of the web series can absolutely skip this book, but anyone who is relatively new the story (like me) may find it to be an adequate introduction.

I’m going to be pretty honest here. The Carmilla book is just not good. When I requested the title, I thought it would be an original story using the characters from the series. It is not. It is, in fact, the novelization of the first season of the web series. Depending on your reading speed, you can probably watch the series in the same amount of time it takes you to read the book. And I recommend watching the series.

For those who don’t know, the web series basically a vlog of new Silas University student Laura Hollis, who is using the videos as her journalism project as she investigates the disappearance of her roommate and ends up embroiled in a supernatural mystery involving a cult of vampires. The show was limited by the convention of its format and budget, so all of the videos take place in Laura’s dorm room and often involve her or her friends explaining something big that happened offscreen. A book is the perfect opportunity to expand on those events that we didn’t to see and flesh out the characters with whom we did not spend as much time. This book does neither.

I was highly disappointed in the juvenile writing and the lack of descriptive anything. Silas University is a supernatural wonderland in Romania with mystical elements and there is absolutely no sense of that environment in the Carmilla book. Almost the entirety of the book is just literally what happens in the series with occasional interjections from Laura – which add very little, in the end. There is a half-hearted attempt at detailing offscreen events, but it’s more just glossing over everything the way the characters did on the show, then returning to Laura’s dorm room to tell the camera exactly what just happened. Not to mention, a lot of the relationships seem very shallow when you can’t watch events unfold onscreen.

Carmilla by Kim Turrisi is published by Kids Can Press and is currently available wherever books are sold.

Previous:Pride Reads: “The Gentleman’s Guide to Vice and Virtue” by Mackenzi Lee
Next: “Leila” Review: A Thrilling Dystopian Indian Drama!