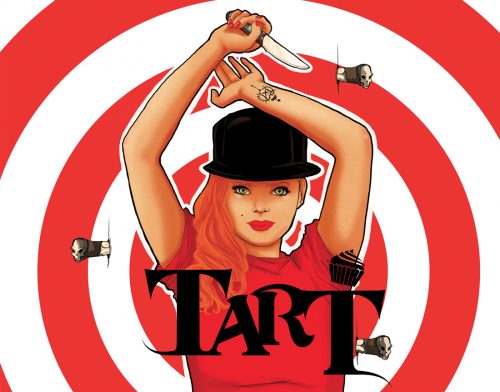 If you enjoy supernatural themed comics featuring women heroes, then you’ll love Tart! It’s an exciting paranormal adventure featuring Tart Acid and her coworkers who travel through time fighting demons while trying not to attract the attention of hell itself. Tart Season 1 containing issues 1-7 is now available in nonstop trade format for the first time from Scout Comics!

I was provided with a free copy of Tart issues 1-7 from the author. All opinions are my own.

Way back in 2014, a friend who knew I was a fan of the supernatural genre and also super into comic books turned me on to the title. The comic series has been funded through successful Kickstarter campaigns over the years. That has been no real surprise to me as the comic series is just plain fun.

Please note that there are some brief spoilers below.

Tart takes place in a world where demons run rampant and (mostly) seek out to hurt the living. I say mostly, because the first demon we see Tart encounter has kidnapped a young boy because they wanted a child of their own. The demon proved to be capable of love. While reading the series, it’s easy to see that things aren’t so black and white. The comic explores good vs. evil on more of a grayscale. 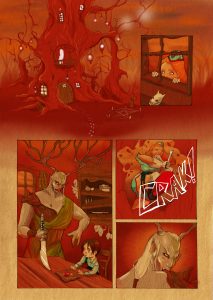 Each story in the Tart series is usually an issue or two in length which makes it fairly self-contained and easy to follow. The series starts out with Tart traveling through time on her own and helping those impacted by demons along the way. However, the farther the story goes along, the more you understand about her and the other members of The Toxic Fruit (her team); where they came from, how they died (Tart herself was tragically murdered) and what they’re hoping to get out of the lives they have now.

While Tart’s solo adventures are a lot of fun, she is eventually joined by two other members of her team, Gloom Tangerine and Lemon la Morgue. They begin to train and go on missions together while getting to know more about one another. This allows Tart to have people to talk to which offers the reader some unique insight into the character that could not be gleaned in earlier stories.

One of the stories that stand out the most in the series is when Tart encounters merfolk. She thinks she’s there to help them, but they’re actually looking to kill her! Because of this, Tart is under the water for quite some time and in danger of drowning. Gloom and Lemon begin to worry when Tart does not resurface, but she manages to fight mermaids and sharks off and make it back safely. 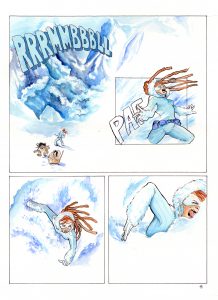 I think what really attracted me to that story, in particular, is my love of mermaid stories and how often we forget that many of the old tales told about them were dark and scary. They certainly were not The Little Mermaid! The end of the story is surprising because it seems that the merpeople were familiar with Tart and that’s why they were so hell-bent on killing her. It’ll be interesting to see if the series comes back to that somewhere along the line.

The final story in Tart Season 1 goes into how Gloom Tangerine and Lemon la Morgue came to be part of The Toxic Fruit. Gloom was killed by a Bodark in Russia back in 1892 and Lemon was ensnared by a Zulgavian Cave Dweller and then killed by another member of The Toxic Fruit, Cherry Macabre, in Louisiana in 1938. We also get a little more insight into the hierarchy of hell and the demons who reside there. The volume ends with the demons of hell planning to wreak more havoc in the human dimension.

Writer Kevin Joseph does an amazing job of drawing the reader into this fantastic world he has created. I can appreciate how he doesn’t give everything away in the first issue. The world unfolds more in every issue and a little more is uncovered about Tart, her coworkers, and their enemies over the series. It keeps you wondering and looking forward to the next issue. You don’t understand everything right away, and that’s okay. 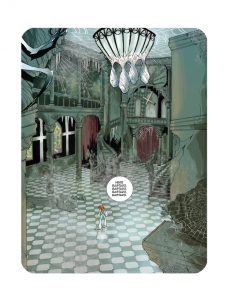 The illustrations done by Ludovic Salle are beautifully detailed and colorful. Each page looks like an individual work of art. Every panel compliments the story well.

And speaking of the art, it is important for me to mention that Tart is for adults. There are instances of nudity and some graphic violence that would not be appropriate for younger readers. There is also one instance of a consensual, but not fully informed non-explicit sex scene during the third story.

I’ve always really enjoyed Tart as a series and I was very happy to hear that the first seven issues were being released in trade format. The series certainly deserves it. I highly recommend Tart Season 1 to anyone who enjoys reading supernatural adventures with strong women and a little bit of mystery mixed in. It’s a highly enjoyable series and I can’t wait to see what Season 2 will bring next year!

Tart Season 1 is now available at your local comic book shops. If you don’t see it on the shelf, ask them to order it for you!