‘Tess of the Road’ Isn’t Your Usual YA Fare, & That’s Awesome 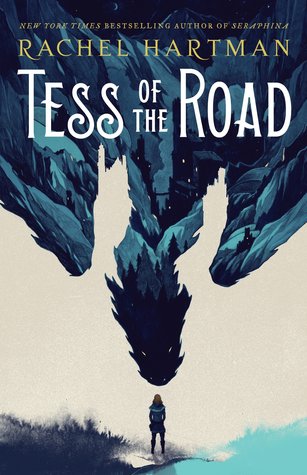 When I finished reading Tess of the Road by Rachel Hartman, my first thought was how happy I was to have grabbed the ARC from the Random House booth at SDCC.

I remember asking the person working the booth if it was possible to read this book without first reading the Seraphina series, and now that I’ve read both this book and the series, I can say that their response – that I could read Tess of the Road first because it’s set in the same world but tells its own tale – was entirely correct. In fact, I think that as someone who doesn’t read much YA, I enjoyed the Seraphina series more because I read Tess of the Road first.

It’s important to note that despite being the main character, Tess isn’t exactly a likeable character. Of course she has some good traits, but she’s not your usual YA protagonist…and that’s what makes her so interesting and relatable. Yes, some of her faults are understandable, because she has been through A LOT, but even someone who hasn’t read the Seraphina books should be able to see through Tess’s constant complaints about her half sister.

I think the best part about Tess of the Road is that while Tess does grow and change as a character, she never becomes the quintessential YA heroine that I personally have never really identified with. Tess is messy, and her story is messy, and I’m not ashamed to admit that it brought me to tears more than once.

That said, Tess of the Road does deal with some very difficult subject matter. I don’t think it’s a stretch to say that at the beginning of the book she is an alcoholic, or at least on the fast road to becoming one. I would also caution that this book should come with trigger warnings for, at the very least, sexual assault, as well as – MINOR SPOILER ALERT – highlight the following if you don’t mind being spoiled – infant mortality. Yet while the story wasn’t exactly lighthearted, and no matter how frustrating Tess could be at times, I couldn’t put it down and was sad to see it end. Thankfully it seems like there will be a sequel, and needless to say, I can’t wait to read it.

Tess of the Road will be released on February 27th, 2018, and is available for pre-order on Amazon.

Previous:‘Jumanji: Welcome to the Jungle’ 4K Ultra, Blu-ray, and DVD Gets March Release!