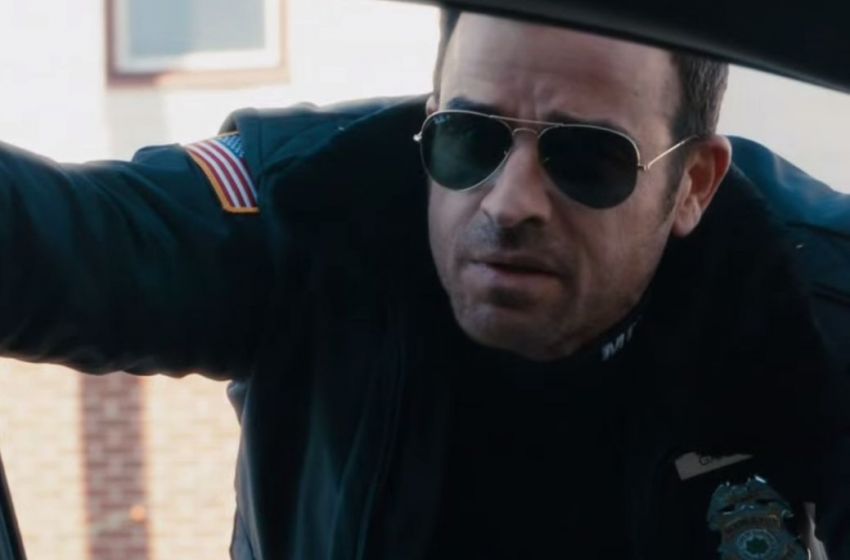 Honestly, after last night’s episode of The Leftovers, I’m not sure what to say other than: “I don’t know what to make of this show anymore.” Of course, I have to admit that part of the issue likely stems from the fact that I ignored my better judgment and read the book. It was actually somewhat disappointing, too, though normally I would say that could bode well for the show. I know people usually insist that “the book is always better” but I don’t believe that’s actually always the case, and upon finishing the novel my first thought was, “The TV show is already doing a better job.”

But after “B.J. and the A.C.”, I’m no longer positive that’s the case. It certainly started out on a slightly creepy and interesting note, showing the process of baby dolls being made. My first thought was that they were going to go a pretty weird route with this – perhaps show the dolls being purchased and used by those who had lost babies – so it was a bit disappointing that it was all for the sake of showing one of the dolls being made into baby Jesus for a Nativity scene. This did end up being a pretty important focal point of the episode, though, when the doll was stolen from the manger – but more on that later. 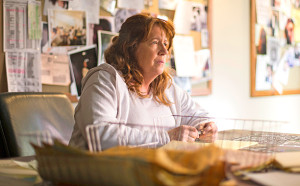 There is definitely a lot of over dramatizing in this show, but this fourth episode was by far the worst in terms of unnecessarily long – and at times, seemingly pointless – scenes. The first of these was Kevin sitting down with the woman who is apparently the head of the local Guilty Remnant group, presumably in an attempt to convince her not to disturb the upcoming library fundraiser…but in my opinion the scene turned into proof that the Guilty Remnant people not talking could have some pretty negative effects on the show as a whole.

Catching up with Tom and Christine was certainly a bit more interesting than watching Kevin verbally duke it out with a consistently mum member of the Guilty Remnant, though the random half-naked guy attacking Christine could have used a bit more backstory. It was clearly used to reveal that she was pregnant, but in the end, it merely served as a way to cause temporary issues for Tom and Christine – issues that in fact could have been better explored and not so neatly wrapped up, which is probably a big part of why the attack felt out of place (to say the least).

It was about this point in the episode where the doll from the opening was brought back into the storyline, and proceeded to dominate it for almost the entire rest of its run time. To be fair, there were some interruptions – a bit more of the Tom and Christine story, which felt more than a little bit contrived, as well as a “Merry Christmas, now give me a divorce” visit that Laurie paid to Kevin. The latter could and should have been an especially moving scene, were it not for the fact that it was forced into “B.J. and the A.C.” when the episode already had too much going on. In fact, this made it a bit too easy to overlook the gift that Jill gave to Laurie – a lighter that Laurie then threw in a storm drain; a lighter that appears again near the end of the episode. 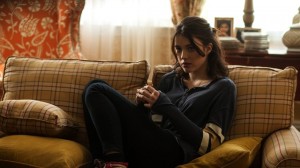 Speaking of the end of “B.J. and the A.C.”, it jumped around quite a bit. Kevin essentially ‘catching’ Jill’s friends returning the baby Jesus doll was worth a chuckle, but what in the world were the writers thinking or trying to do with the overturned truck full of dead bodies that put a[n at least momentary] stop to Tom and Christine’s travels? At least when the show brought us back to Mapleton, Kevin’s awkward speech about finding the baby Jesus – and the audience’s deadpan reaction – made me feel a bit better about how over-exaggerated that doll’s importance was. I didn’t even really feel bad when Kevin went to return the doll only to find Matt Jamison replacing it with the baby Jesus from his former church – and later, when Kevin tossed the doll out the window, the whole thing felt more predictable than particularly moving or important.

The one thing that really got to me in “B.J. and the A.C.” was the montage of members of the Guilty Remnant breaking into houses all over town and stealing photographs out of their frames. Previously, while it was clear that viewers were supposed to see the G.R. and think ‘cult’, they didn’t really seem to be all that, well, bad. Annoying, yes. Creepy, certainly. And frustrating to watch, on several levels. But this whole breaking and entering thing – particularly the ones who entered rooms where people were sleeping – seemed over the top compared to what we’ve seen of them so far. Whether or not I continue reviewing the show, I’ll certainly continue watching – if only for now, to find out how the residents of Mapleton react to finding their family photos stolen and to see if anyone pinpoints the Guilty Remnant as the culprit.