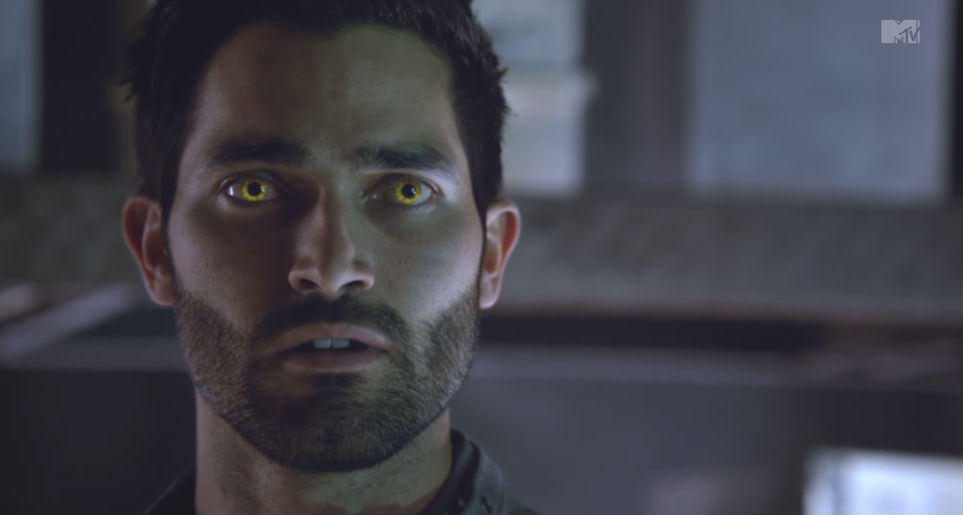 This week’s episode of Teen Wolf: “I.E.D.”, had a lot of revelations; however, not all of them were as surprising as I think the writers wanted them to be. Meredith, made an appearance, and Lydia found the second part of the dead pool list.

I’ve missed the awkward Stiles (Dylan O’Brien) this season, the one whose mind would fly off to the mystery at hand even when making out with a girl at a party. That’s why seeing him going back to his investigative ways felt refreshing. That’s the Stiles I like and am familiar with. Yes, he has been focused on Malia (Shelly Hennig) lately, but after the scene in the previous episode where he wouldn’t leave her during her shift, I think the writers can’t do more to cement their relationship further. And besides, for me, Malia shines more as a character when she isn’t sharing the screen with Stiles. I think every character shines more when they aren’t treated as just love interests during the narrative. 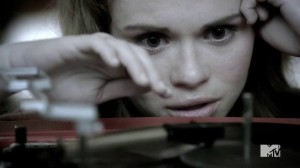 This week Malia was paired up with Lydia (Holland Roden) and they made a good team. The two shared a heartfelt scene where Lydia spoke about how she just heard voices in her head and didn’t have claws or superhuman strength for protection. I wonder how Stiles feels about himself because at least Lydia has a supernatural power. There’s some meta going around the internet about how Malia is deliberately trying to get close to everyone in the pack in order to learn about their weaknesses. According to next week’s episode description, she will be paired with Derek next. Looks suspicious? The meta could be true, but the fact remains that I liked Malia and Lydia working together to crack the code. Both girls, however, were outshined by Meredith (Maya Eshet). The actress plays her so well, and her character is just too amazing. Lydia talking harshly to her took me by surprise and I hope she apologizes soon.

The episode revealed two things. The keyword to the second part of the dead pool list was “Aide”’, and Deputy Parrish (Ryan Kelley) was on it too. The only surprising thing was the use of Aiden’s name as the second keyword. It seems the Benefactor is quite emotional about what happened back in Season 3B. First Allison, and now Aiden. Whose name is the third keyword?

As for Parrish being on the list, I think we all knew something was weird about him ever since he mentioned being attracted to Beacon Hills last season. So, what is he? A fallen Angel? A demi-God of beauty? Or is he the Benefactor and put his own name on the list to not look suspicious?

The rest of the action happened on the lacrosse field after Stiles found out that the girl who was murdered at the beginning of the episode got killed by a hidden blade in a lacrosse stick. I have to be honest; I do not find Violet or Garrett intimidating. Their characters are one-dimensional. At least Matt from Season 2 had the whole Allison-obsessed-traumatized-creepy-baby vibe working for him. Garrett might have an interesting backstory revealed in the coming episodes, but he does look like a guy who can be knocked out without putting up much of a fight. Was anyone else reminded of the blade Deucalion hid in his walking stick when Garrett’s weapon was shown?

Even Liam doesn’t look interesting to me. His character is revealed to have IED (Intermittent Explosive Disorder) which means he has serious anger issues. I liked how Scott (Tyler Posey) asked Derek-snatches-lacrosse-sticks-from-freshmen Hale to help out with Liam. The only thing I got from the scene was how Liam is supposedly Derek 2.0 but with extra amount of anger. Liam is acting the way I thought Malia would be acting this season. But she comes across as timid compared to Liam even after spending eight years as a coyote in the forest. 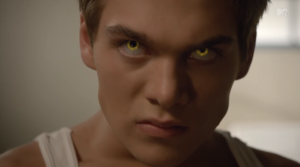 Speaking of Derek Hale (Tyler Hoechlin), Kate really did a number on him. He told Chris Argent that he has started to lose his powers. So, is Derek turning human? Isn’t human Derek a popular fan-fic trope? Will Kate turn him into a Berserker? Will Stiles be finally revealed as his true anchor? The season is really dragging out his storyline.

A thing I noticed about the episode was the amount of screen time the new resident gay of Beacon Hills, Mason, received. I think the lines he got this week were more than what Danny used to get in an entire season. Anyway, Mason isn’t dumb and I think he’s going to figure out what’s happening with Liam. And do you know what will happen next? Like every other gay best friend who finds out the truth in Beacon Hills, he will be written out, or probably disappear. Seriously, where is Danny? He hasn’t been mentioned once in these five episodes. Unless, he turns out to be the Benefactor, in which case all will be forgiven.

Season 4 of Teen Wolf still needs time to work out what it’s trying to do. It’s trying to find balance between action, horror, mystery, humor, and making the new characters stand out. And it’s coming across as a mess; a somewhat enjoyable mess, but a mess nonetheless. Lessening screen time of characters the fans already like in order to focus on new characters doesn’t always work out. Glee didn’t fare well with regards to ratings or fan reception when it decided to introduce new freshmen in it’s fourth season.

What did you think of this week’s episode of Teen Wolf? Sad that Kira didn’t get to play more? Who do you think is the Benefactor? What are your thoughts about chant the girl spoke before dying? Let us know in the comments!