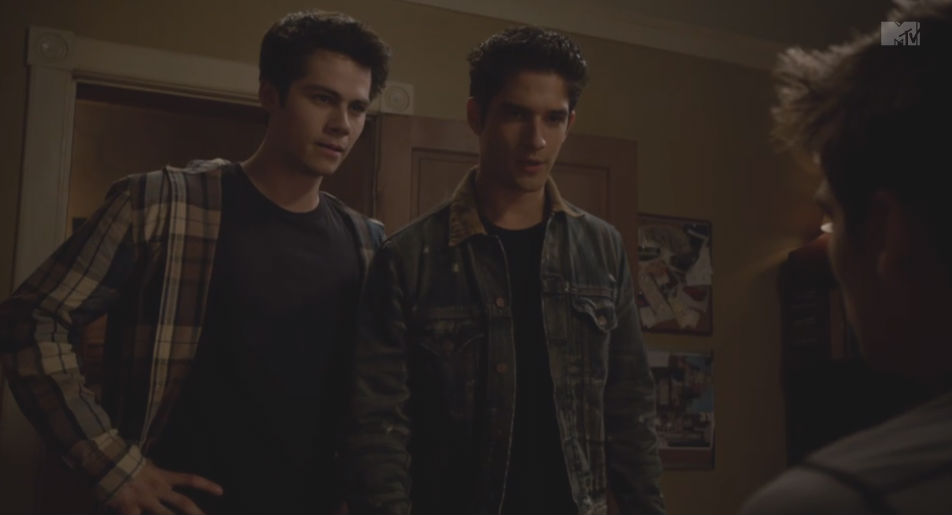 The things that annoy me about Teen Wolf are starting to outweigh the things I like about it. Right now, the only things keeping me tuning in week after week is Kira’s adorable awesomeness, the kickass dads and Mama McCall, and Tyler Hoechlin’s face. I’m not proud of this but it’s the truth. 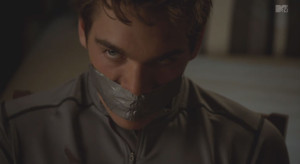 “The Benefactor” started immediately after the events of “Muted,” in which Scott rather abruptly bit and changed new pretty boy freshman, Liam. The entire storyline of Liam’s trauma of being turned into a werewolf against his consent was honestly disturbing to me. I found Stiles and Scott’s dealing with the repercussions very problematic and not a little bit creepy. First he’s changed against his will, then he’s kidnapped, twice, taken out to a mysterious house under false pretenses only to be chained up against his will (again) among strangers.

It’s somewhat interesting and hopefully character building to see Scott deal with the aftermath of actually turning someone and going through what he went through from the perspective of an Alpha. Ultimately, however, the entire Liam plot just doesn’t sit well with me and brings me back to the issues of consent with Kate, Paige, Malia, and even Allison. Teen Wolf has a very messy track record with this issue and the addition of Liam is not helping.

The Malia and Stiles relationship is now becoming stale, rather than simply creepy. Every episode is the same thing: Malia says something that demonstrates her lack of social growth and understanding, the pack is shocked, Stiles defends her by insisting, “She’s learning!” We get it. Ha ha.

The writers have yet to give Malia a moment to shine as her own character. She exists solely through her relationship with Stiles and not only is this gross and offensive, it just doesn’t seem right. There’s something very OC about a Stiles who is so entirely wrapped up in teaching the ways of humanity to a young teenaged girl. Stiles likes to research, prove that he’s always right and support his best friend but season 4 Stiles is entirely focused on Malia. It’s almost as if he his prior existence has disappeared and in its place has come this Nice Guy determined to educate Malia on the error of her werecoyote ways. Ugh. 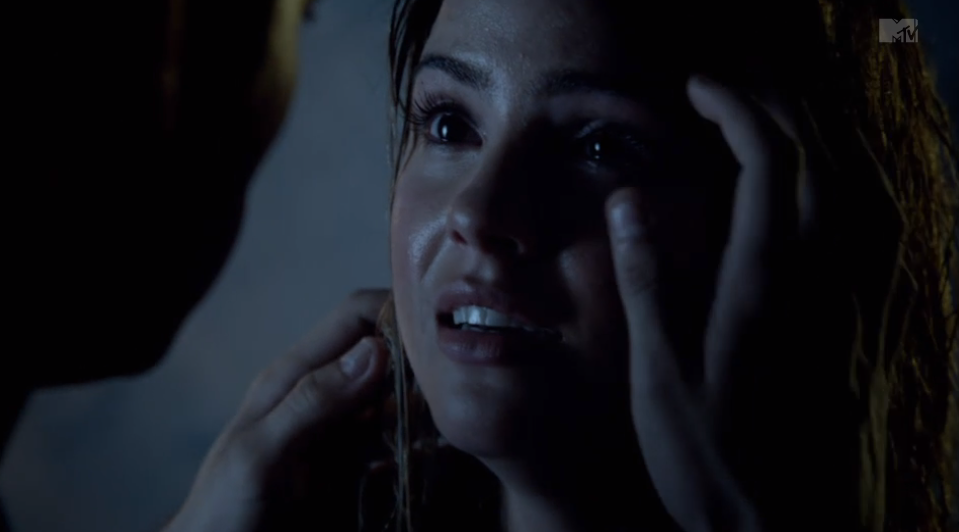 In terms of the rest of the plot, the mysterious, mouthless Benefactor was sufficiently creepy. His apparent connection to incoming high school freshmen with access to a LOT of money and the supernatural population of Beacon Hills was revealed somewhat about half-way through the episode in an effort to be a plot twist but was just confusing. Once again, an episode of Teen Wolf raises more questions than answers. Who is creating this dead pool of the Beacon Hills supernatural residents? Why do they want them all dead? What’s the connection to Allison? Who was that Benefactor and what was up with the mouth thing? Also, I doubt he’s dead. Beacon Hills is like a comic book: if I don’t see a body, there’s no death. And even if I see a body, there’s still probably no death.

Also, what happened to the Berserkers? And Kate? And the $117 million? Does this show ever believe in continuity or does everyone in Beacon Hills just have short term memory loss?

The scenes featuring Lydia were definitely a highlight in this episode. Anytime Lydia’s banshee powers come to the forefront, the actual horror elements of Teen Wolf become apparent. As a huge horror fan, I always enjoy it when this show about supernatural creatures actually scares us. It happens so rarely but “The Benefactor” gave us a pretty decent moment with Lydia in an eerie soundproof room filled with whispering voices.

The highlight of the episode, however, was definitely Derek working with Sheriff Stilinski and Deputy Parrish. There was something equally adorable, heart-warming, and badass about the Sheriff calling Derek to help him out on a mystery. I also loved Derek’s sarcasm in these scenes. It’s about time the writers actually gave Derek some emotion and personality. “The Benefactor” did ruin me because now if Derek and the Sheriff don’t work together in every episode, I’m going to be horribly disappointed. I am still, however, annoyed that Derek does not seem to interact with the pack at all anymore. Is he even officially a member of Scott’s pack or is he rogue? I doubt he even remembers anymore.

Another final high point was the return of a crossbow-yielding Chris Argent. I honestly feel sorry for this character and, like Derek, I wish the writers actually gave him a chance to mourn and move on from the tragedies in his life in a healthy way. I’m so tired of Teen Wolf characters shaking off one horrific event after another and not even mentioning them again.

So what did you all think of the latest episode of Teen Wolf? Is this season still holding you? What do you want to see next?