Fan Favorite Danny might not be in Teen Wolf Season 4! 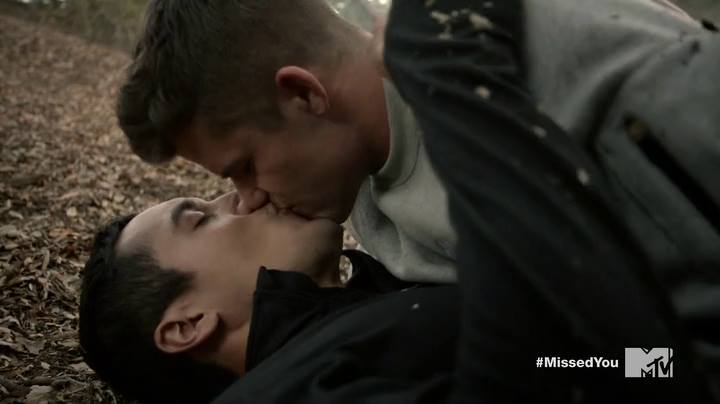 Just when you thought that LGBT+ representation on Teen Wolf couldn’t get any worse, developments from Wolfs Bane 2 Con took things to a whole new level. Anyone who was hoping to see Danny Mahealani in Teen Wolf Season 4 will be disappointed because it seems the character might not be returning. We have yet to receive official confirmation and reports from conventions (especially those via a secondary source like an actor) should be taken with a grain of salt, but it’s not looking good.

Danny Mahealani (Keahu Kahuanui) didn’t have much to do in the three seasons of Teen Wolf, but he was adored by many fans. Not only because he was gay, but because the character was written in a very likeable and non-stereotypical manner. Unfortunately, the fact that he was introduced as Jackson Whittmore’s (Colton Haynes) best friend was something that the character couldn’t shake off even after three years and a respectable fan base. Though Danny enjoyed a brief relationship with werewolf Ethan in Season 3, it seems Jeff didn’t have any other plans for the character after that.

According to fans live-tweeting the events from Wolfs Bane 2 Con, Holland Roden (Lydia Martin) said in a meet and greet that Danny would not be returning for Season 4. The reason Holland gave was that Jeff Davis thought that there was nothing left for Danny to do in Beacon Hills.

Sorry to bring bad news… No Danny on s4. Holland told us that Jeff didn’t think there was anything left for Danny in BH #wb2

After this tweet surfaced, actor Keahu Kahuanui was bombarded with questions to which he responded: “So many questions. So few I can answer.” There is not really much he can say until this rumor is either confirmed or denied by official sources.

Personally, I’m upset by this news. After Season 3’s finale reveal that Danny knew about werewolves I was looking forward to his interactions with Scott and the rest. For fans who have been hoping for a bigger role for Danny in the future seasons, and more gay representation, this is heartbreaking. Not only that, Jeff didn’t think Danny had anything left to do which just makes matters worse. Jeff could’ve at least allowed Danny to finish highschool or enabled him to have a farewell scene involving the current cast. I kind of felt something similar was going to happen after viewing episode 3 “Muted” of Season 4. Not seeing Danny present during the Lacrosse practice was a pretty big red flag for me, and now it seems my fears have been confirmed.

Maybe it was simply that with the introduction of another same gender inclined POC Danny was not necessary anymore. Another gay character, named Mason, is making his debut in Season 4. Considering how the show has treated Danny for three years, it wouldn’t surprise me if Mason is also used just to check the ‘show contains gay character’ box, becoming a token gay character. LGBT+  representation on Teen Wolf does seem close to non-existent, and I doubt that will change anytime soon.

What are your thoughts about the possibility Danny leaving the show? Were you looking forward to more Danny in Teen Wolf Season 4? Let us know in the comments!