Full Length Doctor Who Trailer and Yet Another Leak 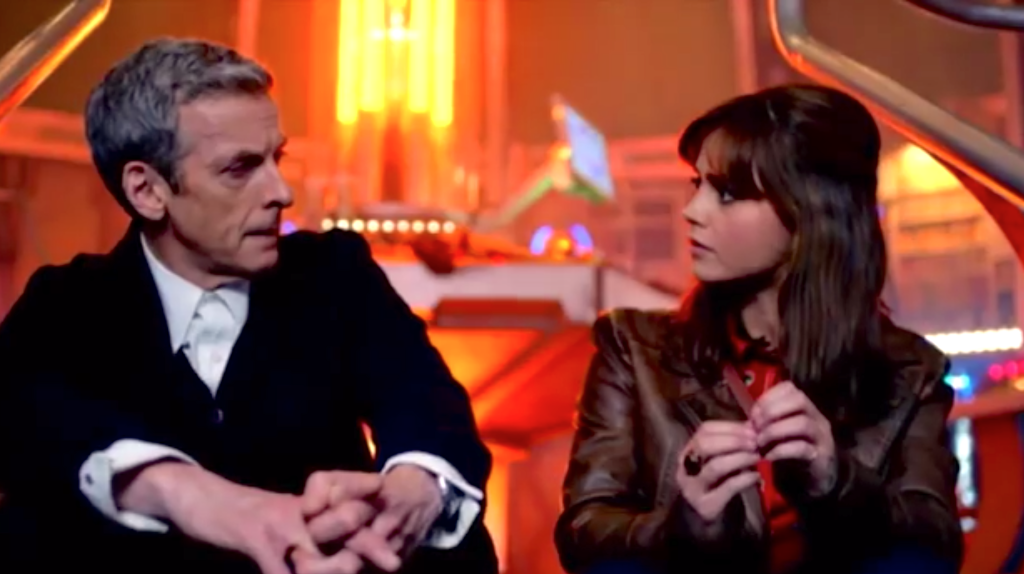 Six weeks ahead of the premiere, fans have been given their first significant look at the Doctor – and they might have seen more than they were supposed to. Officially the full length trailer for the upcoming series featuring Peter Capaldi was released to much excitement and anticipation (Doctor Who is still Doctor Who even if we’re kind of sick of Steven Moffat). On a less official note, a rough cut of the entire first episode leaked online this week – this coming not long after the first five scripts appeared, it’s just not going well for the BBC at all. That’s if it wasn’t deliberate of course.

Spoilers are very tempting, it’s hard to resist but the BBC is asking that you refrain from spoiling the fun for everyone else. “We would like to make a plea to anyone who might have any of this material and spoilers associated with it not to share it with a wider audience so that everyone can enjoy the show as it should be seen when it launches. We know only too well that Doctor Who fans are the best in the world and we thank them for their help with this and their continued loyalty.”

Whether or not you want to seek out spoilers is a personal choice (not that we condone that kind of thing of course), but it’s not cool to ruin it for fans that want to remain spoiler free. Be courteous if your fellow fans.

Anyway, the trailer looks amazing, as always, with a few glimpses at the Daleks (always my favourites) and some hints about the Doctor’s identity crisis. He wants to know if he’s a good man and Clara does not have an answer for that (maybe because she’s still confused about the convoluted mess that was Matt Smith’s final episode). There’s lots of explosions and the tone is very intense, it seems they really are going into darkness, but I hope they’re just saving all the fun for the actual episodes.

Is the Doctor a good man? Find out Saturday 23rd of August.

Previous:Fan Favorite Danny might not be in Teen Wolf Season 4!
Next: Things Aren’t Looking So Good For Constantine’s Bisexuality