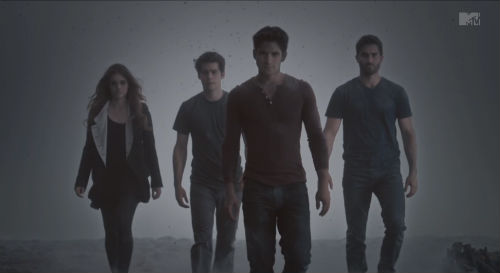 I’m going to get right to the point. There’s a difference between shows wanting nothing to do with LGBT portrayal in their stories and then there are shows that think they are doing something amazing when it comes to queer representation without actually delivering. Teen Wolf was a show that started with amazing potential for gay representation but over the years, everything has been downhill.

In an exclusive clip from TVline, that’s available in the Season 3B DVD box set, the cast and Jeff Davis talked about their love for the fandom. Everything was sunshine and rainbows until Tyler Posey showed up. According to him: “We get a lot of fans who have touching stories. You know, they say Teen Wolf has almost saved their life. The fact that we emphasize the gay storyline on the show has made a lot of people come to terms with the fact that, you know, it’s OK to be gay.”

Wait! What is Posey talking about? Did I miss an episode or a whole season of Teen Wolf? In the three seasons of the show, I haven’t seen anything that “emphasize the gay storyline”. Maybe he’s talking about the gay ships the fans of the show have created, like Sterek. Because that’s an amazing fan-created gay storyline, right there! 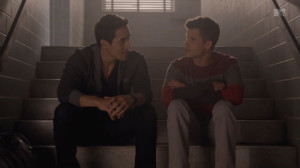 character, Danny, on a show doesn’t qualify as LGBT representation on TV. Yes, we all know that Jeff wanted to create a world where homophobia didn’t exist and Beacon Hills gives us just that. It also gives us a story where gay characters exist, however the leads and central romantic pairings are hetero. What we are left with are numerous hetero leads and secondary characters that don’t have a problem with gay characters. Does this do anything for gay representation? No, it doesn’t. Some of you might say that Danny/Ethan was an incredible gay pairing. But take a moment and count all the screen time Danny has had with Ethan and with other characters, and then compare that to the scenes that hetero characters have had on the show. For me, in order for a show to be considered as LGBT representative, it needs to have a queer character that’s part of the main or the secondary cast and brings something to the story. We all know how much Danny and Ethan brought to the story.

In order for you to understand where I’m coming from, look at shows that includes gay characters that actually serve a purpose. Spartacus gave rise to the amazing story of Agron and Nasir, Shameless has Ian and Mickey, even Glee (ignoring the problems one might have with its story telling) has done tremendous work in bringing queer representation to our TV screens. 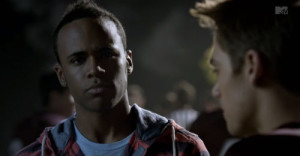 What has Teen Wolf done? It gave us Danny who shows up one or twice each season, without adding anything to the plot. It gave us Caitlin in season 3A, who ended up being bisexual in 3B. It is going to give us another gay character in season 4. Looking at how things have been going, however, I wouldn’t be surprised if the new gay character appears only two or three times in the 12-episode season. I’m actually more worried about Danny’s fate now that a new gay kid has come to town. You might bring up Stiles’ hinted at bisexuality but I’m not going to believe it unless it’s clearly shown on my TV screen; and by clearly I mean Stiles actually being attracted to a male character and hitting on him, etc. Subtext shouldn’t count when it comes to making a list of LGBT inclusive shows. It just doesn’t work like that.

There might be a part of fandom that argues that other fans complain a lot when it comes to Teen Wolf not having a gay lead. I believe such fans should understand what gay representation means for viewers who identify as gay, bisexual, etc., and why they feel shows should have it. I also think fans wouldn’t complain as much about a lack of gay representation on Teen Wolf if the people involved would stop talking about it. I can deal with Teen Wolf not having a gay leading or secondary character. Fine, it happens. What I can’t understand is when the people involved, in this case Tyler Posey, talk about the show doing something great when it comes to LGBT representation.

Shows like Orange is the New Black, Orphan Black, Penny Dreadful (a wonderful new paranormal show that might have set the bar for fluid sexuality in just its fourth episode!), and even Warehouse 13 have actually given us fleshed out gay characters. This is something Teen Wolf hasn’t done, and I don’t think will do anytime soon. But will the show go on as if it’s doing something productive for queer representation? You can bet it will!

Do you think Teen Wolf has good LGBT representation? Please feel free to share your thoughts in the comments section below! 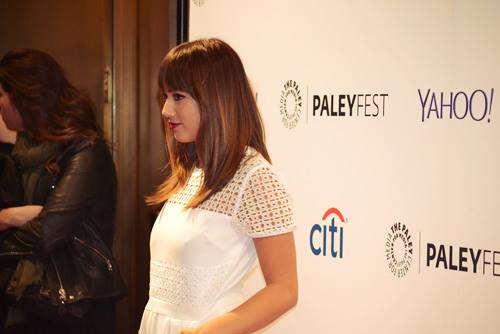 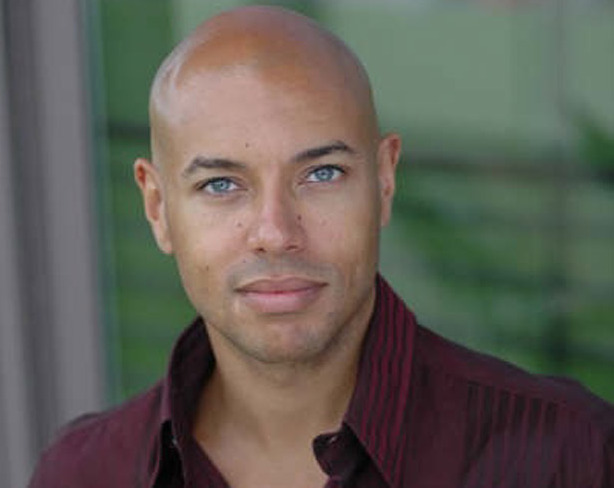