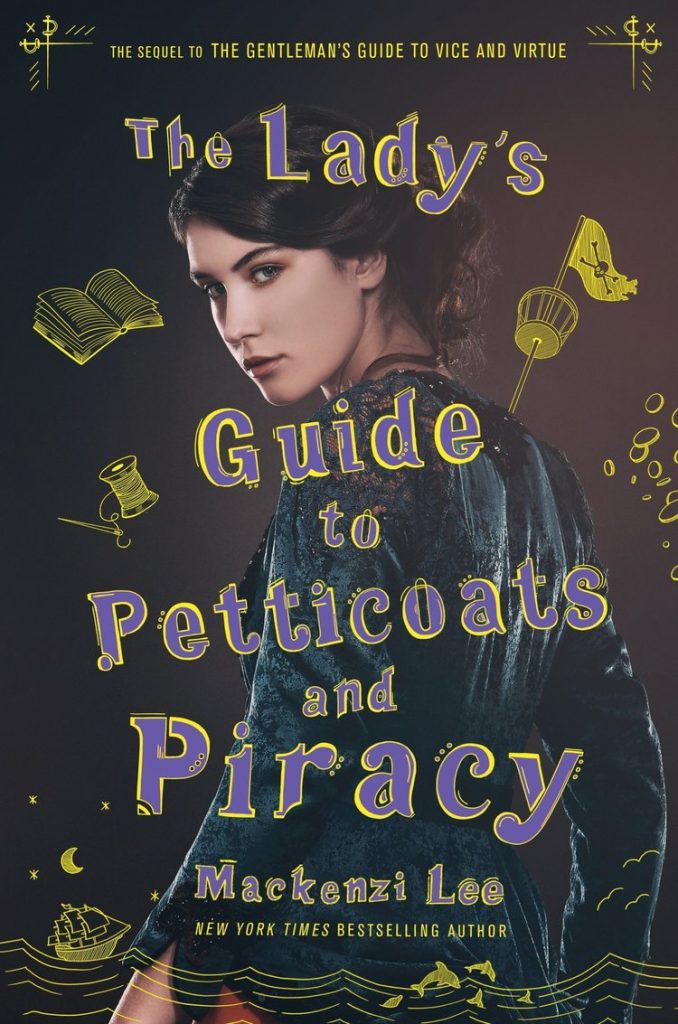 Asexuality and aromanticism are two orientations that rarely catch a glimpse of the spotlight on the stage of representation. It’s a common belief that a story without some form of sex or romance at its core wouldn’t be much of a story at all, and certainly wouldn’t sell. The Lady’s Guide to Petticoats and Piracy takes this misconception by the horns and stops it in its tracks.

The Lady’s Guide To Petticoats And Piracy weaves together a gripping tale of a woman in eighteenth-century Europe doing whatever it takes to become the licensed physician she’s always dreamed of becoming. Felicity Montague’s ambitions takes her on a daring adventure full of scheming, mystery, and piracy. That in and of itself has the makings of being an excellent story, but the reader gets to experience an extra dynamic as they also watch her turn down suitors, run from marriage proposals, and struggle over what’s expected of her versus what she truly wants.

The book, written by Mackenzi Lee, is the second in what’s being called “The Montague Sibling Duology”. While Felicity’s orientations were hinted at during The Gentleman’s Guide to Vice and Virtue, they’ve now taken center stage in her very own story as confirmed by the author.

At first the internal struggles that drive the story seem to be mostly of an eighteenth-century nature, but the author still manages to make them incredibly relevant to the struggles of asexual and aromantic people of today.

These things – and more – are timeless problems for the aro/ace community, whether it’s the eighteenth century, or the twenty-first.

Felicity doesn’t begin her story confident in her feelings about love and relationships, and even has moments of experimentation. Over the course of the two book series, she shares kisses with two men and one woman, and each time remains unimpressed by the act and ultimately decides it provides no magic for her and is “just a thing people do”.

It’s also pointed out that Felicity, along with every other asexual or aromantic person, does not need to try out kissing or sex in order to know whether or not it’s something that she’s missing out on – something that is very relevant for people of today to understand as well. Some people do experiment, and some don’t need or want to. Every exploration into figuring out who you are is a valid one, and no two are exactly alike.

Felicity’s journey is one that I recognize in myself as we both came to the same eventual conclusion during the course of our lives : romantic and sexual relationships might make some people happy, but we are not some of those people.

The Lady’s Guide To Petticoats and Piracy is an excellent example of an interesting and dynamic story that is also free of a romantic subplot for the main character. Instead, Felicity explores the concepts of race, gender-equality, what it means to be feminine, and how to carve out a place for yourself in a world that resists the chisel.

And piracy, of course.

If you are as desperate as I am for some good asexual and aromantic representation, I’d tell you to look no further than Felicity Montague, but please do continue to look further and wider for any more well-written asexual or aromantic characters.

We’ll always be in need of more.

The Lady’s Guide to Petticoats and Piracy by Mackenzi Lee is published by Katherine Tegen Books and is currently available wherever books are sold.