The Welcome to Night Vale fandom just sort of… appeared. Like the Hannibal fandom, it just kind of slipped onto Tumblr subtly at first and then suddenly one day it was everywhere. For me, I noticed it slipping onto my Tumblr dashboard over the course of a few days, but it wasn’t until a friend directly recommended it to me that I decided to actually give it a shot. It didn’t take long for me to become infected with what I’m referring to as “Welcome to Night Vale-itis,” the pandemic that is apparently infecting everyone on my Tumblr dashboard at an alarming rate. It’s highly communicable so chances are you’ll catch the illness as well.

What should you do if you catch WTNV-itis? Well, here’s an outline of the basic symptoms and what you should do to help combat each one.

The first stage of the illness is simply asking “what is Welcome to Night Vale?” It’s ok. We’ve all been at this stage. Don’t worry.

To put it simply, Welcome to Night Vale is a twice monthly podcast set up as a local community radio show in a town called Night Vale. Lots of strange things happen in Night Vale. Like very strange. It’s basically absurdist supernatural humor so if something like floating cats permanently suspended in a men’s bathroom sounds hilarious to you, you’ll probably enjoy the podcast. If you’ve encountered the fandom at all, you are probably well aware of just how absurd it can be, but that’s half the fun of it all really.

In addition to absurdist humor, the show is also very aware of things like race and sexuality in a way that most mainstream media is not. One of the characters is called The Apache Tracker and the protagonist, Cecil, has no problem calling him out for the completely racist jerk that he is. “Can you believe this guy said he used ‘Indian magicks’? What an asshole,” Cecil says.

Speaking of dear Cecil, he’s queer. Yep. A queer protagonist. This didn’t become explicitly stated for several episodes, but his crush on the beautiful and perfect Carlos actually goes somewhere. A little over a year into the podcast (yes, it’s been going for a year despite the fact that it only recently exploded on Tumblr) Cecil and Carlos are officially dating. Carlos is also a POC, which means that the protagonist of the show is involved in a gay interracial and possibly interspecies (this will be detailed in the secondary symptoms category) relationship. And yet the show isn’t about that. It’s just a fact. Cecil and Carlos are who they are.

So if you’ve heard all of this and you still feel like you’re falling victim to WTNV-itis, the best thing you can do is go to iTunes and start listening to it. It’s free. Trust me. This is the best course of action at this stage in the infection.

After listening to a few episodes and moseying about the fandom you might be experiencing some confusion over certain things. That’s okay. We have the answers.

“What’s up with all the really weird Cecil fanart? Three eyes? Tons of tattoos? Tentacles?! Did I miss something?”

No, you didn’t. The great thing about Cecil is that we have no real description of him, so the fandom has taken this blank and ran with it. There is no incorrect interpretation of Cecil and it seems the more outlandish ideas have become the most popular. The motto for Cecil head canons seem to be “why the hell not,” and that’s definitely a motto I can get behind. Personally, I enjoy him being as inhuman as possible, but many see him as a skinny geek with glasses and that’s okay too. One thing all of fandom seems to have agreed upon, though, is that this nerd wears a sweater vest. Not sure why, but 90% of Cecil fanwork seems to have him in a sweater vest even if he has massive tentacles springing out from his back. It’s cute, though, so I’m down with it.

“Is there a way to download all of the ‘Weather?’”

You may have noticed that everytime they go to the weather you get to hear some really awesome tunes. As of now there are no official compilations of all the music, but they do tell you what you’re listening to at the end of each broadcast. Now the podcast may be free, but since these are mostly Indie artists I highly recommend actually purchasing these songs from iTunes or wherever they happen to be available. They’ve been awesome enough to give their song to the podcast, so let’s support them, shall we? And while we’re at it, maybe support the podcast too. Remember, they are doing this for free Let’s show them some love.

UPDATE:  Tumblr to the rescue!  You can listen to them all here, but a list of how you can download them all and financially support these amazing artists is here!

“So the voice actor is also named Cecil but the character is Cecil WTH is up with that?”

Yep, Cecil Baldwin is the guys real name. Here’s his IMDB page. It makes me feel a little weird writing fanfiction about a character that shares the same name as the voice actor as I’m not the biggest fan of Real Person Fic, but ce la vie. He is, however, very enthusiastic about Carlos and Cecil’s relationship. “When the relationship between the two characters started to develop, I was so happy and so pleased,” he said in an interview with theawl.com. “It’s nice that that is the least-weird part about the storyline.”

So ship away, shippers! No word on his thoughts about the crazy depictions of Cecil, however. Personally I’d love his opinion on the whole tentacles thing. Who knows, maybe if I ask really nicely they’ll grant me an interview. A girl can dream.

Tumblr seems to have decided that it is Cecilos. Here’s the tag. Some have also called it “OTP: Neat!” which is just adorable. This ship name was decided on about a week ago. It’s just that new. I’ve never seen a fandom actually vote on a ship name before so that was kind of fun to watch.

So now you’ve listened to the podcast, you’ve begun quoting it at random, and pleading with your friends and family to listen to it. There’s no going back now. You’re infected and highly contagious. What should you do? Here are some fabulous blogs to follow to help you get your fix. 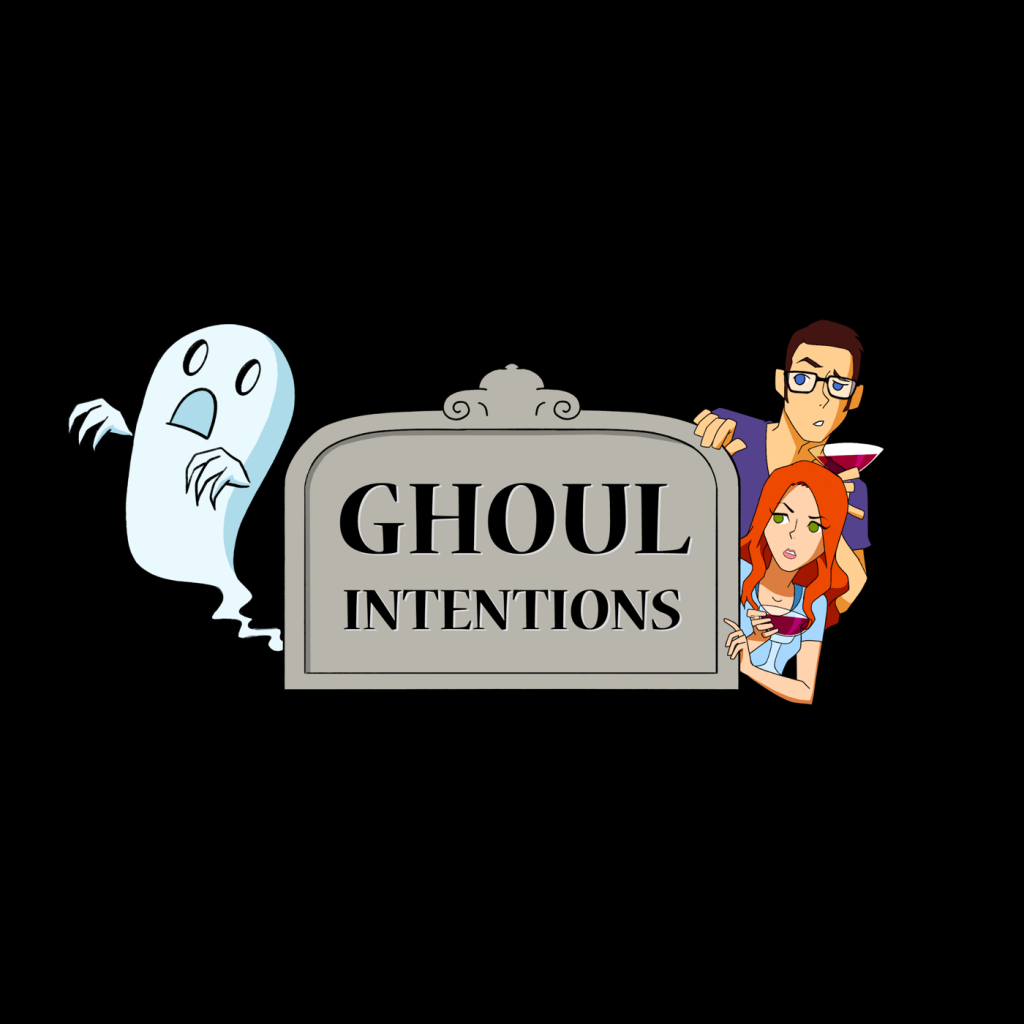 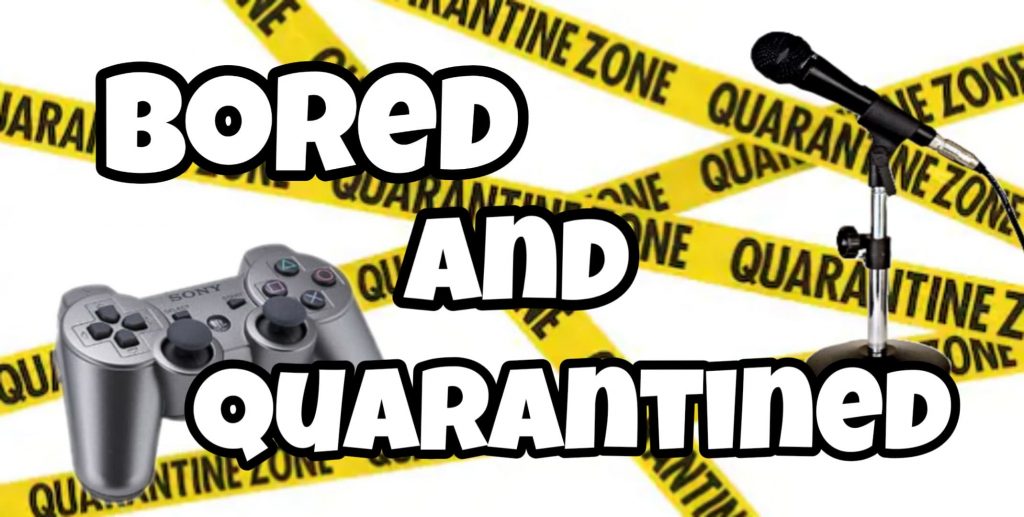 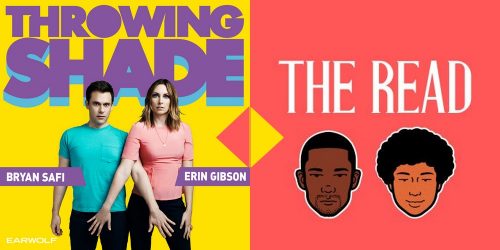