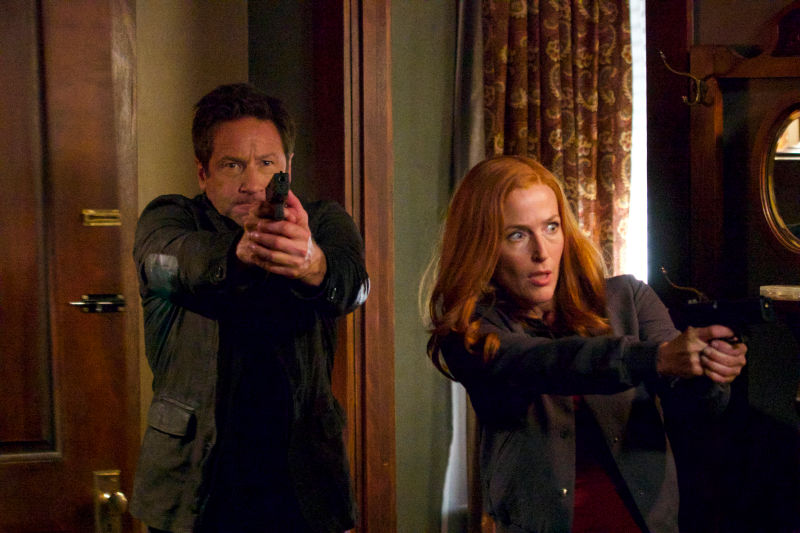 It’s been a really long time since an episode of The X-Files dangled something so darn hopeful in my face…and then snatched it away so quickly, while still delivering a really, really good episode. “This” was all that and maybe a little bit more. 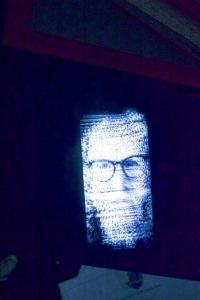 When Langly appeared on Mulder’s phone, my first thought was “YES! The Lone Gunmen are back!” Of course I know they died in season 9, but the Smoking Man was supposed to have died, too…and I’d much rather have the Lone Gunmen back. Unfortunately they weren’t – or well, Byers and Frohike are completely gone, while Langly is…something else. Something that I’ll get into later, because a whole ton of other stuff happened before “This” revealed what really happened to Langly.

First, no sooner had Langly contacted Mulder than a bunch of Russians showed up and attacked him and Scully in their home. (Yes, that’s right, THEIR home, that was something that was said. I’m still not sure how or when it happened – did I miss something? – or, as a former Mulder/Scully shipper who now believes she’s too good for him, how I feel about it.)

Anyway, Mulder and Scully fought their way out of a bad situation, met up with Skinner in the woods, and eventually made it to Arlington cemetery. Yes, I realize that I’m summarizing a lot in that one sentence, but that’s really not a bad thing – it’s easy to do because “This” was fast-paced and didn’t seem to have any filler (unlike last week’s “My Struggle III” with its many driving Mr. Mulder scenes). 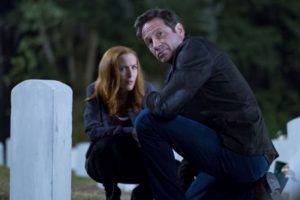 Next up was a trail of Langly breadcrumbs, including a ‘memory medallion’ hidden behind the cross on a gravestone and the fact that Byers and Frohike are still in the X-Files…but Langly isn’t. Oh, and by the way, all those years the X-Files were closed? They were online. Classified, of course, but a lot of people had access to them, apparently. And listen, I actually agree with Skinner – “the X-Files are too important to sit in the basement gathering dust, and what’s in them belongs to everyone, that’s the point of them”…but clearly some of the people who had access to them maybe shouldn’t have (hint hint, I’m talking about those Russians from earlier in the episode). 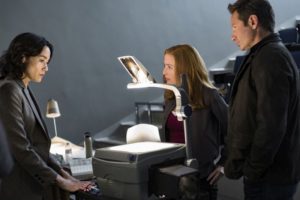 Despite Langly’s history having been removed from the X-Files, Mulder and Scully are able to use more Langly breadcrumbs to find an acquaintance of his, Professor Hamby. Although apparently she was more than an acquaintance; she was able to tell them what really happened to Langly – his mind was uploaded into a simulation, and when she died hers would be, too, because they had “wanted a life eternal together”. Not that any of that matters; she was killed by one of the Russians (a big guy with long curly-ish blonde hair who literally would not die; seriously, Mulder and Scully had knocked him out twice before he came back and killed Hamby). But even though Hamby was nothing more than a weird plot device, at least she played her part well, explaining the simulation situation and that if Langly was reaching out, ‘they’ must have lied about what it entailed.

Although Hamby didn’t escape (and neither did that blonde Russian dude, thankfully), obviously Mulder and Scully did. They ended up in a ‘shitty bar’ (Mulder’s words!) where Scully fell asleep in the booth with her hand wrapped around a glock, leading to Mulder calling her ADORBS when she was startled awake. Between this and his earlier teasing when she used the word ‘taint’, I was finally reminded of that Mulder/Scully banter that I love. (But don’t worry, I still think she’s too good for him).

Besides, they had things to do. This time Langly went on a rant about how he was in a sort of heaven or paradise along with “all the great minds that have died since they realized this place”. It was a bit confusing because in one breath he was saying they all hated it there, but throughout the rest of “This” we’re told that Langly was the only person (err, simulated mind?) who’d actually figured everything out. Regardless, at this point everything was feeling very Black Mirror, and I was really enjoying it. 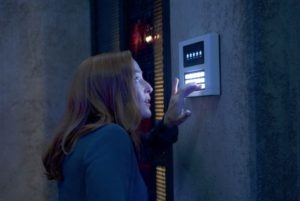 The rest of “This” was quite a whirlwind. Yes, in the end Mulder escaped from Erika Price and Scully shut down the simulation’s servers, but then Erika Price also escaped from Mulder…and based on Langly contacting Mulder yet again to yell about needing to take out the backup servers, they obviously didn’t exactly succeed there, either.

(Oh, and that horrible blonde Russian guy is apparently in the simulation as well, so talk about a lose/lose.)

But despite the fact that “This” didn’t actually have the happy ending it seemed to promise (and though it certainly wasn’t laugh-out-loud funny like 10×3, “Mulder and Scully Meet the Were-Monster”), the episode was a great reminder of the show’s good ol’ days. Hopefully there will be more of its kind coming up this season! 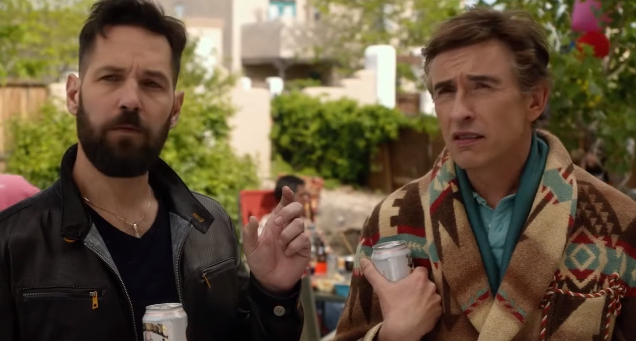 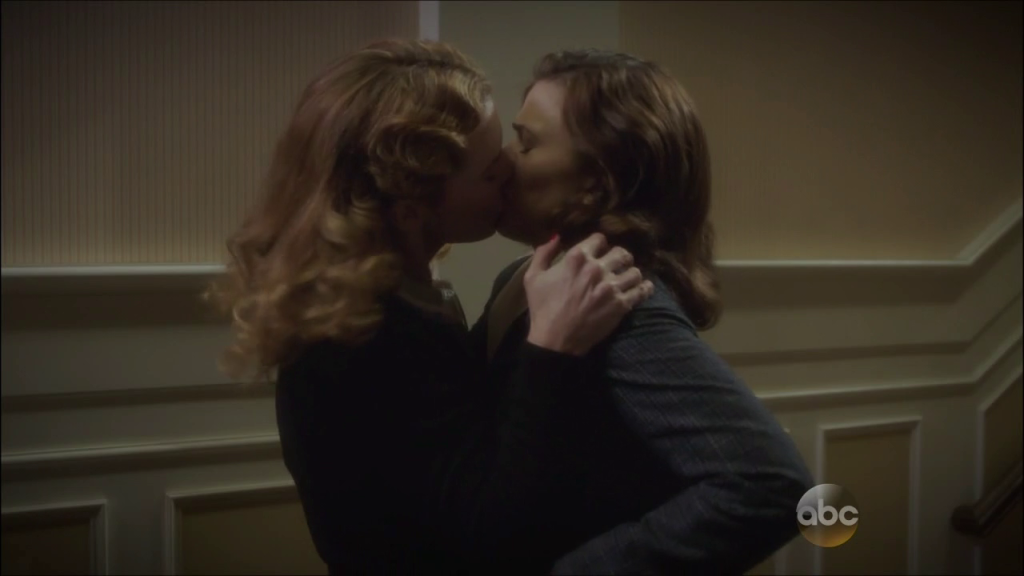 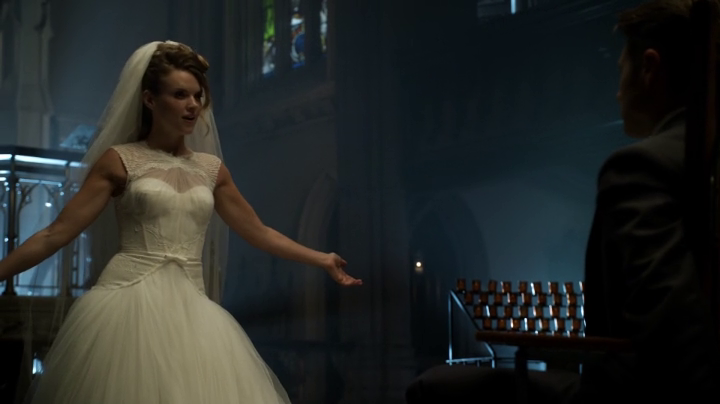