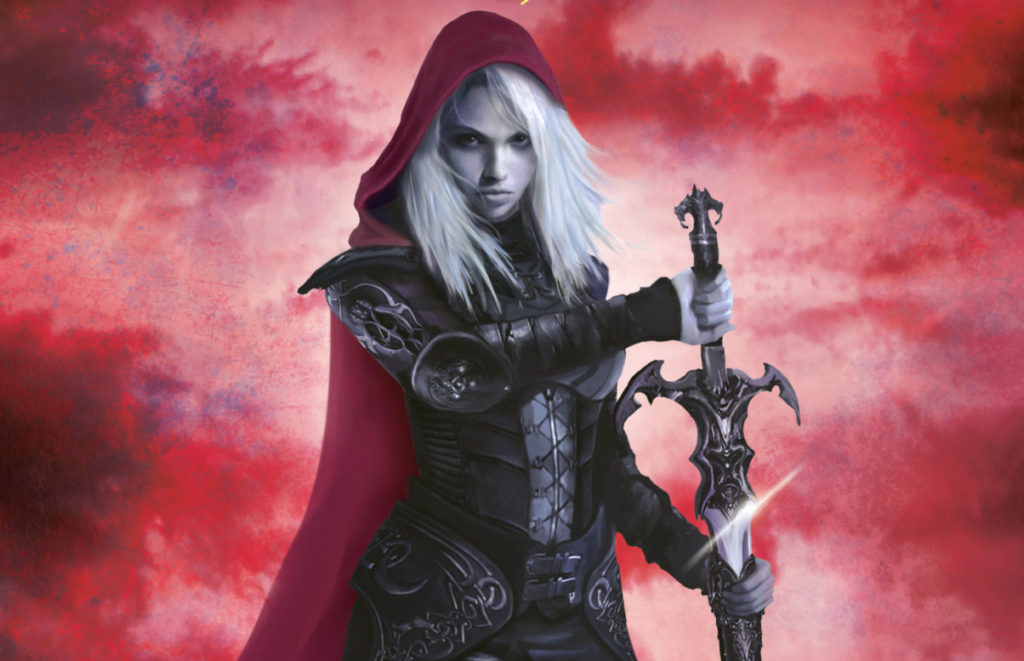 Celaena Sardothien will soon be kicking butt and taking names on our television screens. That’s right, everyone, we’re getting a Throne of Glass series.

Celaena, the main character in the best-selling series by Sarah J. Maas, is a young female assassin with a troubled past who, in order to escape what would essentially be a death sentence in jail, tethers herself to an increasingly tyrannical king. There are six books planned for the series with the fifth, Empire of Storms, being released just yesterday.

According to Deadline, the upcoming series will be titled Queen of Shadows (which is the title of the fourth book) and air on Hulu, which basically guarantees that I need to get myself a subscription to Hulu.

Queen of Shadows is being developed by the Mark Gordon Company with Mark Gordon and Nick Pepper set to executive produce. Kira Snyder will write the script, and as a writer and co-producer for The 100, I expect great things from her. Anna Foerster, who has previously directed Underworld: Blood Wars and Outlander, will direct the pilot episode, should the series make it to pilot.

The series will hopefully fill a serious void in television programming, which sadly doesn’t have epic fantasy for my tastes. Game of Thrones is all well and good, but that’s only one show, and you all know I had my issues with The Shannara Chronicles. I’m both afraid to get my hopes up and seriously getting my hopes up that Queen of Shadows will be a breakout hit, because then other networks might follow up with their own fantasy series.

Fantasy, like sci-fi, allows for greater diversity, because fictional worlds aren’t constrained by the same hang-ups that our society is… At least, in theory. In practice, though, fantasy epics tend to be a little…white. And male. Let’s hope that Queen of Shadows breaks from that mold and allows for the diverse cast of characters represented in the books.

And now, for the most important thing…casting! Who should play Celaena? Do you guys have any dream fancasts? I want to know!

TOPICS queen of shadowsthrone of glass

Previous:Marvel Has “Definite” Plans for a Ms. Marvel Movie/TV Show
Next: ‘Zenith’ Is an Upcoming RPG That Makes Fun of The Genre It Is A Part Of!