Marvel Has “Definite” Plans for a Ms. Marvel Movie/TV Show 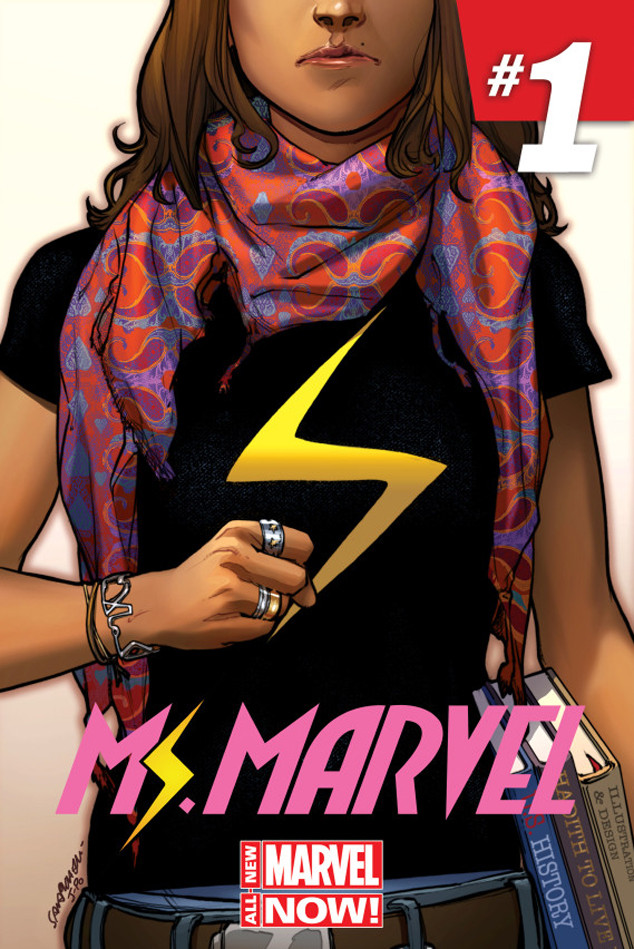 I’m a huge fan of the Marvel Cinematic Universe, but you’ll notice that a lot of my articles about it tend to criticize the lack of female characters. It’s an ongoing problem that Marvel is slowly correcting, and news like this just keeps giving me hope.

In an interview with CBR, Joe Quesada, Marvel’s chief creative officer, had a lot to say about a lot of things. (I still get angry every time someone from Marvel dismisses the criticism about the Hydra Captain America storyline, but I’m not sure what else I can say, so we’ll just…ignore that bit.) The part that caught my eye, however, was the discussion on the success and impact of Ms. Marvel.

Ms. Marvel, for those who may be unaware, is the moniker adopted by Marvel’s teenaged, Pakistani-American Muslim heroine Kamala Khan. Created by G. Willow Wilson, Kamala’s solo series launched in 2014 and has since become a huge hit. Kamala and her alter-ego have appeared in multiple series in addition to her own, most notably the All-New All-Different Avengers. She’s also shown up in several Marvel video games as well as the animated Disney XD series Avengers: Ultron Revolution. There has been a lot of buzz about giving her a live-action adaptation but no definitive news yet.

There still isn’t definitive news, but Quesada’s interview makes it clear that getting Kamala on screen is a priority, and it’s all down to Ms. Marvel‘s massive fanbase and society’s changing attitudes.

If we had put this book out ten years ago, it probably would never have succeeded. Not only did we find the audience, but we had the right people on the book and we had the right editor on the book, the right creators on the book. And now we have a character that’s very recognizable — very, very quickly. That doesn’t happen a lot. Who knows where Ms. Marvel’s going to end up. You can be sure that, somewhere down the road, she will be a part of the future of Marvel in other media.

So now we just have to figure out exactly how long “somewhere down the road” is, and whether or not her appearance will be on television or in the movies, perhaps as part of Phase 4 of the MCU. Will she show up on Agents of S.H.I.E.L.D., perhaps? Or will she be given her own series? (Freeform would be the perfect place for a weekly dramedy about a teenaged superhero.) Will they bring her in as a side character in someone else’s film (such as the upcoming Captain Marvel movie) or deem her worthy of her own? The possibilities are endless, and I’m ready for them to stop being possibilities and start being definite.

What do you guys think? Film or TV? Ensemble cast or leading lady? And of course, who would you fancast as Kamala?