We May Finally Be Getting That Black Widow Movie 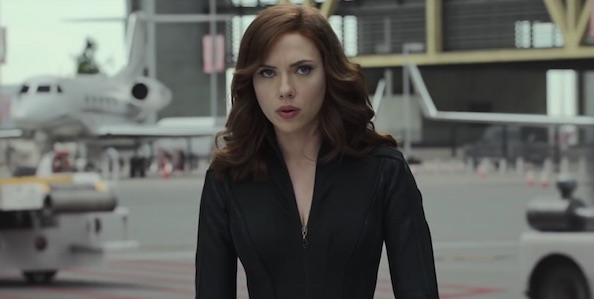 I’ve done twelve years of waiting in Azkaban for this, and it may actually become a reality. Kevin Feige says Black Widow could get her own solo film.

The news comes on the heels of a rather impressive domestic opening (and it’s only Friday!) for Captain America: Civil War, during which Natasha Romanov (aka Black Widow) plays an important role. It also comes after the news that Marvel’s The Inhumans film may be removed from the upcoming MCU film slate entirely.

I mentioned that pulling Inhumans from the lineup freed up some space for a much-anticipated movie centering on our favorite Russian spy, and earlier today in an interview with Deadline, MCU chief Kevin Feige indicated that it was just as important to them as it is to us.

DEADLINE: You’ve got a bunch of characters in this movie from Falcon and War Machine and Black Widow and Hawkeye, who have so far guest starred in movies with another characters title above the fold. Is there one destined to get a solo movie down the line?
FEIGE: We’ve announced the next nine movies, ten counting Civil War, through the end of 2019. Where we go beyond that are ongoing discussions that we’ll focus on in the next few years because we have a lot to do before then. Of the characters that you’ve just mentioned I would say certainly the one creatively and emotionally that we are most committing to doing is Black Widow.

DEADLINE: Why?
FEIGE: We think she’s an amazing character. We think Scarlett Johansson’s portrayal of her is amazing. She’s a lead Avenger and has amazing stories in her own right to tell that we think would be fun to turn into a standalone franchise.

What an amazing idea! I wonder why no one’s thought of it before! If only the internet had talked about it, maybe it could have happened earlier.

You want to know the best part of that statement? He didn’t say film – he said “franchise”. “Franchise” implies more than one. Meaning, we could be getting a whole slew of movies featuring Natasha being Natasha, kicking butt and taking names. They could set her films in between some of the others as a way to explain what she was doing during, say, Thor or Iron Man 3. They could expand on the Red Room flashback Natasha had in Age of Ultron and get some insight into what she was like pre-S.H.I.E.L.D. The possibilities are endless. (I have a suggestion, Marvel, since you seem to be listening right now: WHAT HAPPENED IN BUDAPEST?)

A Black Widow film wouldn’t be coming to theaters until after the currently announced films (Phase III, ending with the possibly-soon-to-be-renamed Avengers: Infinity War) have finished, which is all the way in 2019. Still, knowing that Marvel is actually committed to doing a movie (or two) about Black Widow is a huge jump from angry Marvel fans seemingly shouting into the void.

Now that we may get a Black Widow movie in our lifetime, what do you all hope our favorite spy gets to do in her very own film?