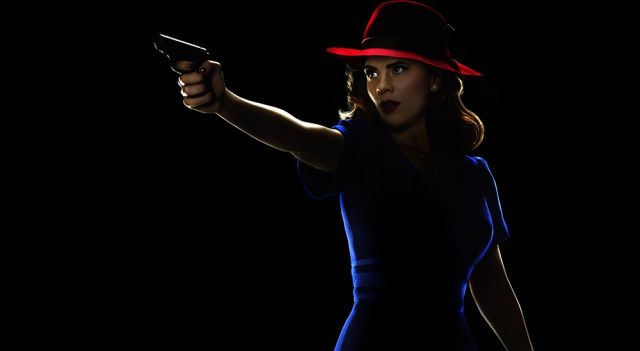 The world weeps today because Agent Carter is canceled.  Why did you do this to us, ABC? Why?

Fellow Geekiary admin Von has written a lovely piece outlining why the future of female superheroes is not tied to Agent Carter‘s success, but that doesn’t mean we can’t be horribly upset that Agent Carter is canceled.  With Captain Marvel on the horizon and the increasingly positive rumors about a Black Widow movie, I feel that we are finally are getting some dynamic female protagonists in the MCU.  Even Captain America: Civil War had more than just a single token female superhero this time around.  All of this is great.  Don’t get me wrong.  But man, Agent Carter was amazing, guys.  My timeline on pretty much every social media platform is in a great state of mourning over this loss.

If it helps soothe this gaping open wound of losing one of the most badass women to ever grace our TV screens, we may be getting Lupita Nyong’o joining the MCU in the upcoming Black Panther film.  Lupita Nyong’o has been on a roll lately, being cast in several incredible projects such as the new Star Wars and The Jungle Book.  She also won an incredible amount of awards for her part in 12 Years a Slave.  Lupita will be playing Monica Lynne, a character who goes through several intense confrontations alongside T’Challa, and also becomes his love interest.  I have no doubt she’ll knock this roll out of the park.  The fact that this news hit the Internet the same day that Agent Carter was canceled may be a coincidence, but it may also be a sign that while we are losing on of the best installments in the MCU, we aren’t being left without any other incredible women in the franchise.

So yes, let’s mourn the loss of Agent Carter.  The fact that Agent Carter is canceled is deserving of some seriously loud crying.  Let it out, guys.  Just let it all out.  Spend all weekend marathoning the show and maybe fire off a few tweets or email to Marvel expressing hopes that we see Peggy Carter elsewhere in the MCU.  Just because the show is gone doesn’t mean the character is gone (Civil War Spoiler, highlight to read: well she may be gone in the modern MCU, but she’s still alive and kicking in the past). But I think our message is being heard at the very least.  The cast across the films and shows is growing in both size and diversity, having more women and POC characters in supporting roles as well as giving them their own films and shows as protagonists.  We are seeing some seriously positive movement and while we’re losing one of the best, she’s thankfully opened some doors in the MCU and we should have a lot more coming our way.

Thank you for everything you’ve done for us, Agent Carter.  You are loved and you will be missed.  We know your worth.