Since Marvel’s Agent Carter was announced, everyone has acted as though the world was on its shoulders. Well, the world of female superheroes anyway. There was the idea that if Agent Carter succeeded then we would finally have proof audiences want to watch women in leading roles. The problem with this idea is that it assumes there is something to prove when there isn’t. The proof is already there. People WILL pay to see women in leading roles. That is a fact. Anyone that says any different is wrong or lying. The reason they’re not making more female-led media is because THEY DON’T WANT TO, and we’ve got to stop buying into the excuses for what is quite simply the result of sexism.

Every year, hundreds of articles are posted decreeing the end of the idea that female-led movies don’t make money. What they’re saying is true, but it’s also completely unnecessary. We know female-led movies make money. Do you know how we know this? Because they told us last year. And the year before that. In fact, they tell us every single time something starring women is successful. Yet they continue to think that this constitutes news, time and time again. And they continue to pin the hopes of all future female-led projects on whatever female protagonist has managed to exist despite the systematic sexism in her way.

Need proof that women-led blockbusters are successful? Here’s just a sample of the many articles that have been posted over the last few years.

Then there’s the fact that The Hunger Games sequels have been the highest grossing films in the domestic box office for the last two years. Need more? io9 has a long list of female-lead action movies that were financially successful, including basically every action flick Angelina Jolie has ever starred in, as well as classics like Aliens and Terminator 2: Judgement Day. More? Bridesmaids, The Heat, Gravity, Kill Bill – Parts 1 & 2, G.I. Jane, Charlie’s Angels, and of course fracking Frozen. If you had to ask a child what they wanted for Christmas last year, you’ll understand Frozen’s popularity.

A recent study by the Center for the Study of Women in Television and Film at San Diego State University showed that there were fewer roles for women in 2014.  So the fact that there were so many female-led films that shone despite the lack of opportunities suggests that statistically movies about women are probably more likely to succeed financially. It’s more of a gamble to make movies about male characters really – do you know how many of those flop? A LOT. I mean every subsequent Spider-Man movie makes less money and they keep making those. Rebooting Spider-Man, that’s a financial and critical risk. Making a movie with a female protagonist is not.

Let’s just accept the fact that female-led movies are not a risk. It should go without saying, so don’t say it. That way we can focus on the real reason the big companies aren’t making more movies about women. Agent Carter’s ratings should only really effect one thing: whether or not they make more Agent Carter. 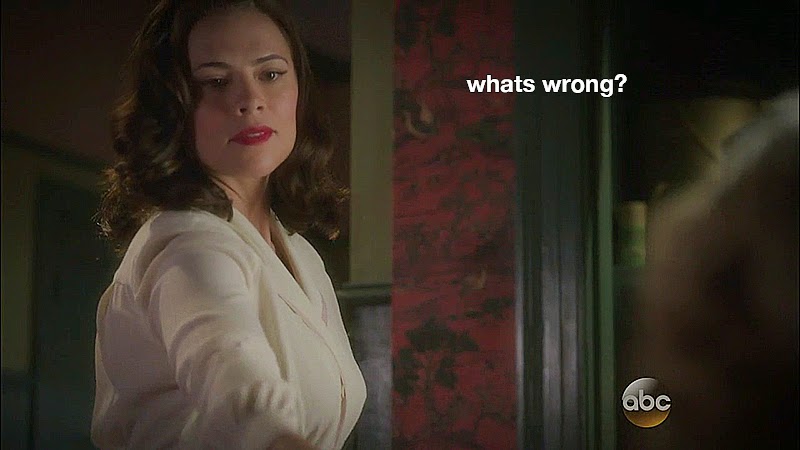 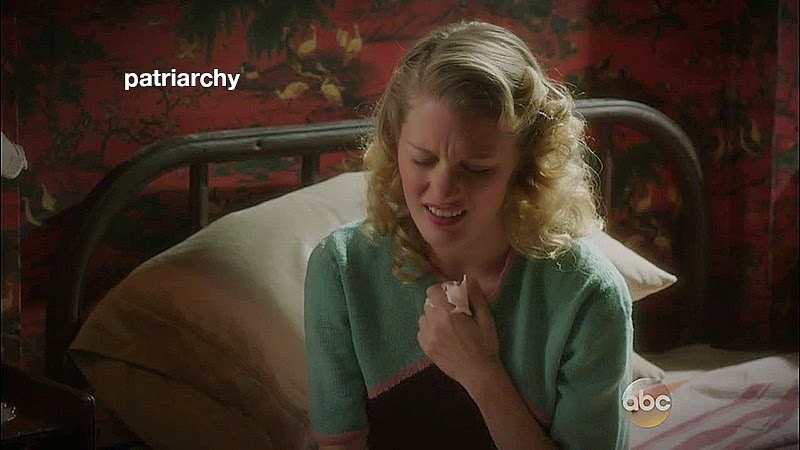 Don’t get me wrong, you should definitely watch Agent Carter. It’s brilliant. And you should definitely support media that is about women, for women, and/or by women because it’s at a serious disadvantage and it needs our help. But the future of female superheroes does not hinge on Agent Carter’s success and we need to stop letting everyone say that it does. As long as we keep getting articles like Entertainment Weekly’s “’Agent Carter‘ ratings drop again: Does this hurt female Marvel heroes?” people are going to keep buying into the myth that there is actual evidence to suggest that audiences don’t want to see female protagonists.

This whole ridiculous mess places the blame on the audience because we have to prove to the folks in charge that we will watch EVERY SINGLE TIME they make something new (it’s essentially victim blaming). It means we have to support every single female-led project no matter what it’s like. We are forced to support shows like Agent Carter just because they have female leads, even if it lets us down in other ways. There are legitimate reasons not to watch Agent Carter, none of which have anything to do with her gender. Pressuring audiences into watching something they might not be interested in just so they can see more female protagonists is totally absurd. It’s also completely unnecessary because as explained above THERE IS NOTHING TO PROVE!

Stop letting the people in charge off the hook. Make them answer for their sexism because, make no mistake, that is what’s happening here. It might not even be conscious but it’s happening. So instead of trying to bargain by pinning all our hopes on every poor female protagonist that comes along, we need to start calling it what it is: sexism. Remember, the only reason they are not making more female-led media is because they don’t want to.