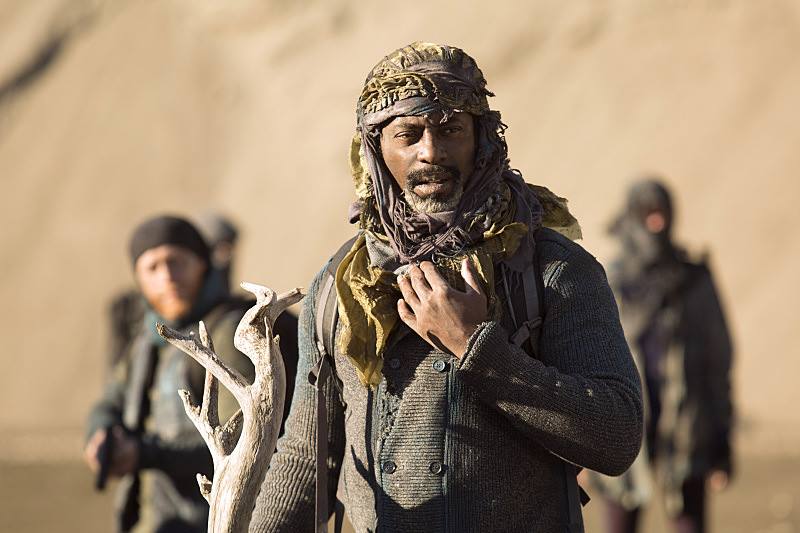 In “Rubicon,” Mount Weather moved forward with their plans to harvest the trapped delinquents with little care for their health or safety, while also planning an attack on the massive inter-tribe war council convened by Clarke and Lexa. Meanwhile, Jaha and his followers are stranded in the Dead Zone with no water or supplies, only a vague direction in which to head, and a whole lot of faith. Ladies and gentlemen, we have reached the point of no return. There is no going back, so I hope you’re prepared for what’s to come.

Shall we start with the most literal point of no return? Jaha and the journey to find the City of the Light strikes me as very Biblical in nature — for crying out loud, they’re even wandering in the desert. This is Moses searching for the promised land, but I think this is as much about redeeming Murphy as it is anything to do with Jaha. On one hand, it is hard to feel bad for Murphy, considering all he’s done. On the other hand, when you factor in everything that Murphy has been through, it’s hard not to feel for him. This is a boy who doesn’t seem to have faith in anything who is now leading the trek. If Jaha is Moses, who is Murphy? 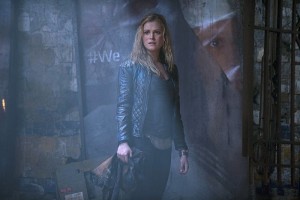 While Murphy seems headed for redemption, Clarke is going in the opposite direction. I love Clarke. I think she’s one of the best characters on the show, but as the season goes on, I don’t like the path down which she’s headed. I doubt the Clarke of season 1 would have ever willingly sacrificed all of those people, even to save Bellamy. (Remember in season 1 how she thought she was sacrificing Bellamy to save her people?) Which begs the question, did she truly think that she was saving Bellamy, or was she trusting the judgment of Lexa? Even if she were, what happened to the Clarke who was willing to fight for what she believed was right?

While we’re on the subject, bravo to Abby for confronting Clarke about her actions. Abby recognizes the dangerous road Clarke is on, even if no one else will speak it. These two are once more headed for a major conflict, and I am booking my ringside seat. (And the continued parallels between Clarke/Abby and Cage/Dante are staggering…and worrying.)

I don’t want to think about the fact that Indra and Kane might be dead. I don’t want The 100 to go the route of some other shows and kill off all the women and POCs. Indra and Kane are both vital personalities in the Grounder-Sky People alliance, in addition to being pretty awesome characters in their own right, and I refuse to believe that they died in the missile strike.

Let’s gush about Octavia Blake, warrior princess, as she refuses to let Lincoln succumb to self-loathing and addiction. Octavia is an extremely underutilized character, and I’ve never really understood why she couldn’t be the Ark’s ambassador to the Grounders, since she understands the most about their culture. I do enjoy her relationship with Lincoln, which will hopefully get some more focus now. It seems fairly obvious that Octavia will split from “her” people eventually and join the Grounders permanently. 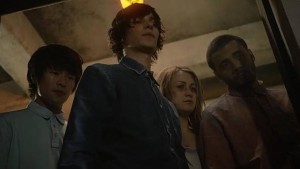 t Jasper and the rest of the delinquents. Last week, I mentioned that I was worried that they wouldn’t get as much action now that Bellamy was on the scene. So I actually cheered out loud when they revolted at the end of the episode. Though their success was largely due in part to Bellamy’s (and Dante’s) help, it was still incredibly satisfying to see them standing over Dr. Tsing, watching her die of radiation poisoning. (The only thing I mourn with the loss of Dr. Tsing is losing yet another female POC. Fingers crossed that Indra survives like the fighter she is!)

As the season goes on and the storyline gets darker, it only makes sense that our characters will get darker as well. In some cases, such as those trapped in Mount Weather finally fighting back, I am all for a bit of darkness. In other cases, however, I fear what the future holds. I worry about the person Clarke is becoming, and about the rift that will surely open up between her and the others.