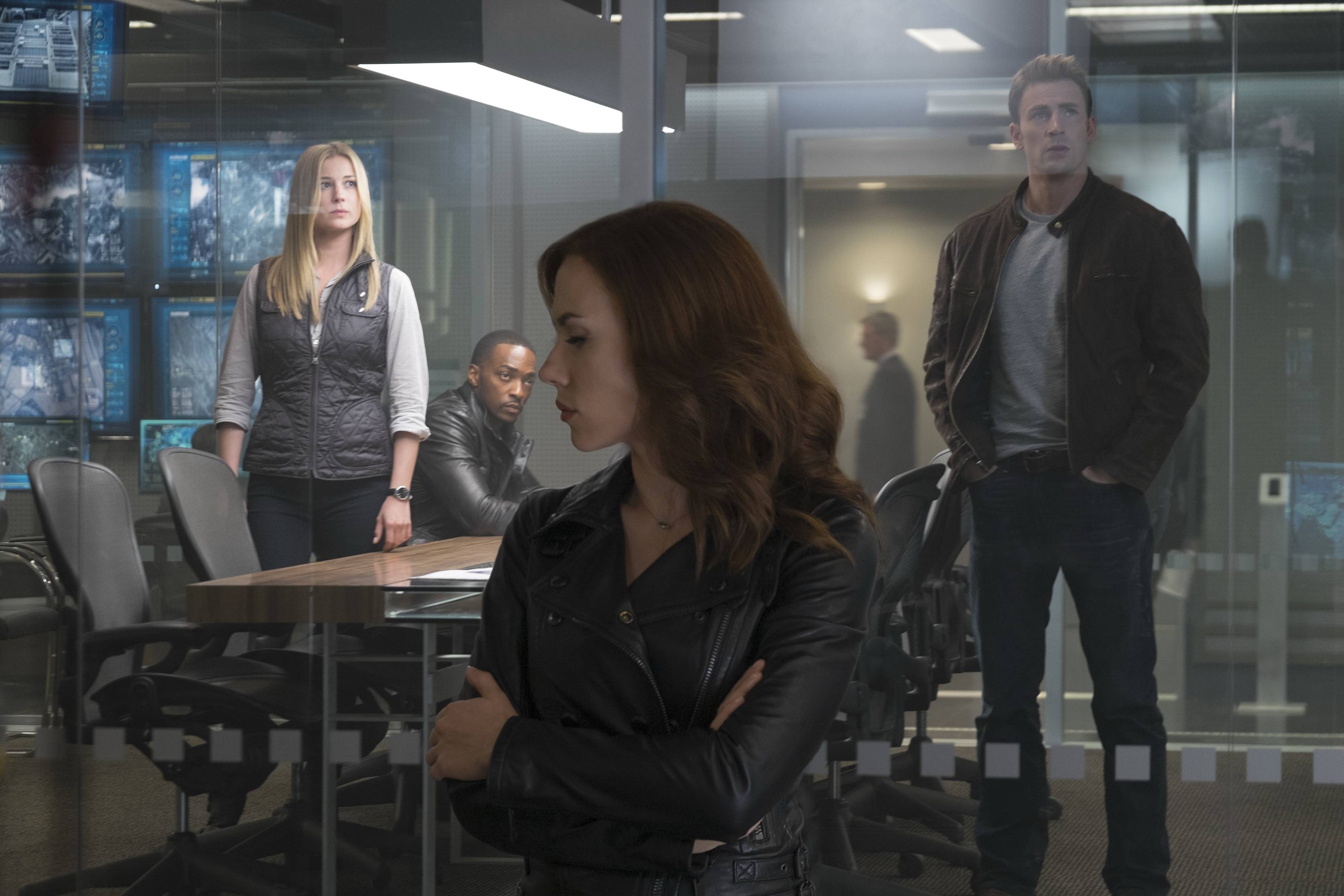 From the opening scene in Lagos, it was clear that both Wanda Maximoff and Black Widow were equal members of the Avengers team, and both of them completely kicked ass. I wanted nothing more than to watch the Captain America Civil War women during that fight. The scenes with Black Widow were, I think, especially important for her character; while the MCU has shown us her fighting skills before, in Age of Ultron she was less an essential team member and more a chess piece for Bruce Banner’s story. (Which was a huge step backward from her character development in Winter Soldier.) 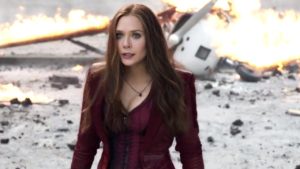 Wanda herself may have caused the building explosion in Lagos, but this didn’t at all detract from how important she was throughout the fight. Yes, this did lead to her becoming a point of contention between Iron Man and Captain America, but instead of relegating her to nothing more than that, the writers chose to develop her character through interactions with Vision and through her eventual choice to escape her “lock down” and fight on Cap’s side…during which she continued to kick ass and remain a memorable part of the confrontation, even with gigantic Ant-Man stumbling around *and* the fact that Spider-Man showed up with Team Iron Man.

Additionally, while she’s still very young and her “kid” status is referenced a couple of times, Wanda takes it in stride (far better than I would have, in fact). And all the while she continues to reflect on herself, her powers, and what happened in Lagos…without turning into some Emo Teen [or similar] trope. Honestly, my only concern about Wanda’s story line is the fact that her brother – or rather, his memory – is basically a non-entity in Civil War. The fact that I almost didn’t notice this at all, however, at least proves that Wanda was an intriguing and likeable character of her own accord. They could have had everything she did in this movie revolve around her brother; maybe the route that they took is for the best, after all. 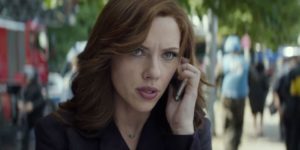 As for Black Widow, well…she’s never been one of my favorite MCU characters, but at the end of Civil War I was left wondering whether she or Wanda was the best character in the movie. Not only was Black Widow awesome in that first fight scene, but after that she continued to play an integral role in the plot. She was the one who asked Tony what happens if they refuse to sign the Sokovia Accords, and she was the one who meets the Wakandan king and his son T’Challa, who is later revealed as Black Panther.

Although I personally wasn’t happy that Black Widow chose Iron Man’s side in Civil War (and to be honest I felt as if she wasn’t shown at her best during the “big battle”), in the end she helped Cap and Bucky escape, anyway – and that was just one occurrence that made it clear she’s been softened a bit throughout everything that’s happened since we first met her in Iron Man 2. This could have been badly done, but instead it made me warm up to her all the more. She fought when she needed to, was firm and decisive when she had to be, but she also went out of her way to console both Steve and T’Challa in the movie. Both of those scenes were perfectly timed and well-written, easily and naturally revealing a compassion that we should believe has always been a part of Natasha Romanoff’s character – not just some sudden change where she’s turned into a calming agent (ha, pun) and love interest for the Hulk.

Speaking of love interests, Sharon Carter was also an important player amongst the Captain America Civil War women…I just wish that she hadn’t been so boldly presented as Cap’s love interest. I realize this is part of their comic story line, but the timing felt forced. Thankfully she was a trooper of a character in her own right; not only did she give the eulogy at Peggy’s funeral, they even gave her one of Cap’s comic book lines, which I read about in Undie Girl’s article “Captain America Civil War Gave Sharon Carter the Coolest Easter Egg“. And when Cap heard those words, spoken by Peggy Carter’s niece, he decided not to sign the Accords.

Additionally, without Sharon – a.k.a. Agent 13 – Cap and Sam wouldn’t have had their, err, super suits, for their confrontation with Iron Man & Co. This was a serious defection on her part, and despite the fact that Cap kissed her at that particular time, my annoyance was with the general existence of the romance at this point in the MCU timeline – surprisingly, I didn’t actually feel as if Sharon only played such a big part so that she could fulfill a simple love interest role. And that level of belief in the fact that she was intrinsic to Civil War‘s plot couldn’t have existed for me without a great combination of the writing, acting, and editing that involved her character.

Before I conclude, I also want to mention one more of the Captain America Civil War women – T’Challa’s “Security Chief”. She may have only had one line – “Move, or you will be moved” – but it’s her vague credit combined with her appearance that have lead many fans to believe that she is one of the Dora Milaje. These are Black Panther’s bodyguards, Wakandan warrior women with shaved heads. (Who also often sport gold earrings and form-fitting dresses, just like T’Challa’s Security Chief.) Seeing as Cap and Bucky are currently taking refuge with Black Panther (and we know that there is a Black Panther movie scheduled, though it was unfortunately pushed back to 2018), I have high hopes that this “Security Chief” was in fact a Dora Milaje and that we will see more of them in the future.

I can’t imagine that I’m the only person out there who left the theater and couldn’t get the Captain America Civil War women out of my mind. To be honest, I didn’t love the movie as a whole – I was generally entertained, but definitely not blown away. And I do know for a fact that without Wanda, Natasha, and Sharon, I wouldn’t have enjoyed Captain America: Civil War even half as much.

Previous:Penny Dreadful 3×2 Review: Predators Far and Near
Next: Thank You Robbie: Goodbye to SPN’s Robbie Thompson