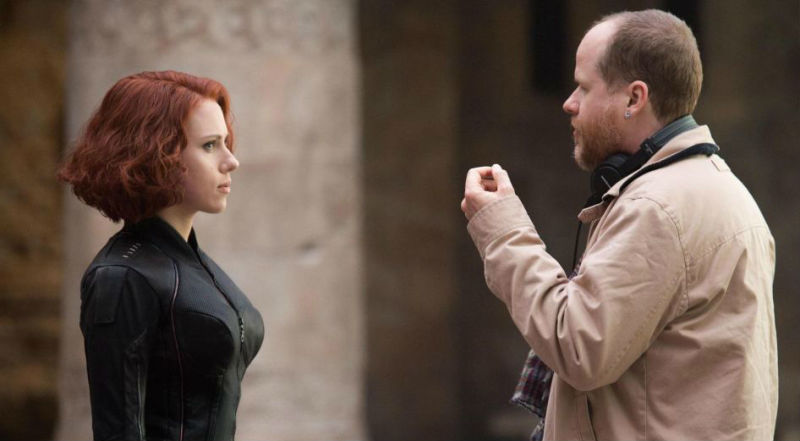 Joss Whedon used to be held up as a shining example of feminism. Somewhere along the way, his shine lost its luster. Now he says he’d be interested in doing a female superhero film and the internet wants to know, could we trust him?

At the inaugural HeForShe Media Summit held this past weekend in Los Angeles, TheWrap asked Whedon about the possibility of him returning to the Marvel Cinematic Universe, if he were to helm a female-driven film. “Yeah, of course,” Whedon said. “Although I tend more towards the Jessica Jones-ey kind of stories than the delightful Supergirl stories that my daughter wants.”

He went on to credit MCU chief Kevin Feige for getting Captain Marvel – which will be the first female-led film in the MCU, and not until 2019 – on the slate, talking about how great it was that a female superhero was getting her own movie. “Kevin Feige fought a mighty fight to get her on the schedule. So it’s a start. You could say that should be a middle, but it’s a start.”

He isn’t directing Captain Marvel, but considering it was recently announced that we may actually be getting a Black Widow film, it’s possible he could work on that. My gut reaction to that is, “Please, dear God, no”, because I still remember, Joss. I still remember the way you did Natasha wrong in Avengers: Age of Ultron. (I actually had a lot of issues with Age of Ultron, not just with how he handled Natasha, but I won’t get into them here.)

I’ll be honest here in saying that I used to be a huge Whedon fan. I’m not so sure I’m not still a Whedon fan, but I guess the bloom has come off the rose a bit, so to speak. In 1997, when Buffy the Vampire Slayer premiered, I was 15 and immediately became obsessed because there just weren’t shows like that on television. And Buffy is still a pretty good example of feminism, especially considering it’s about to be 20. The problem is that Whedon’s feminism is far from perfect and kind of…always the same thing.

I mean, even when he was explaining the concept of the new script he’s working on, he described it as “an original screenplay that is very different from everything I’ve ever done except for that it’s exactly the same” and that it’s about “a girl who goes through some unbelievable shit” – which honestly does sound like everything he’s ever done.

It’s great that he calls himself a feminist when it seems to be such a dirty word nowadays. And it’s great that he does his best to include female characters. But his brand of feminism hasn’t really evolved, and he needs to step it up and adapt. What was considered feminist and progressive 10 or 20 years ago doesn’t really cut it any more. Our expectations have changed.

And really, Marvel should really think about not hiring the same directors all the time. Bring in some new blood and keep the franchise from growing too stale. I’d rather the female-led titles we get in the MCU – assuming we get more than just Captain Marvel and the I’ll-believe-it-when-I-see-it Black Widow film – be helmed by female directors. Outside-the-box thinking, to be sure, but the MCU could use a major dose of estrogen. Whedon got a lot of flack for Age of Ultron but it’s not the only movie in the MCU that mishandled its female characters. (Apparently a lot of Sharon Carter’s scenes got cut from Captain America: Civil War, which is disappointing.)

So thanks, Joss, for being interested in bringing more ladies to the screen, but maybe you could sit this one out? Or perhaps, in the true spirit of feminism, you could recommend some female directors who might want the job.

Previous:‘X-Men: Apocalypse’ Movie Review – Better to Title It Apocalyptic Manpain
Next: A Josiah Bancroft Interview: The Adventures of The Books of Babel Continue!