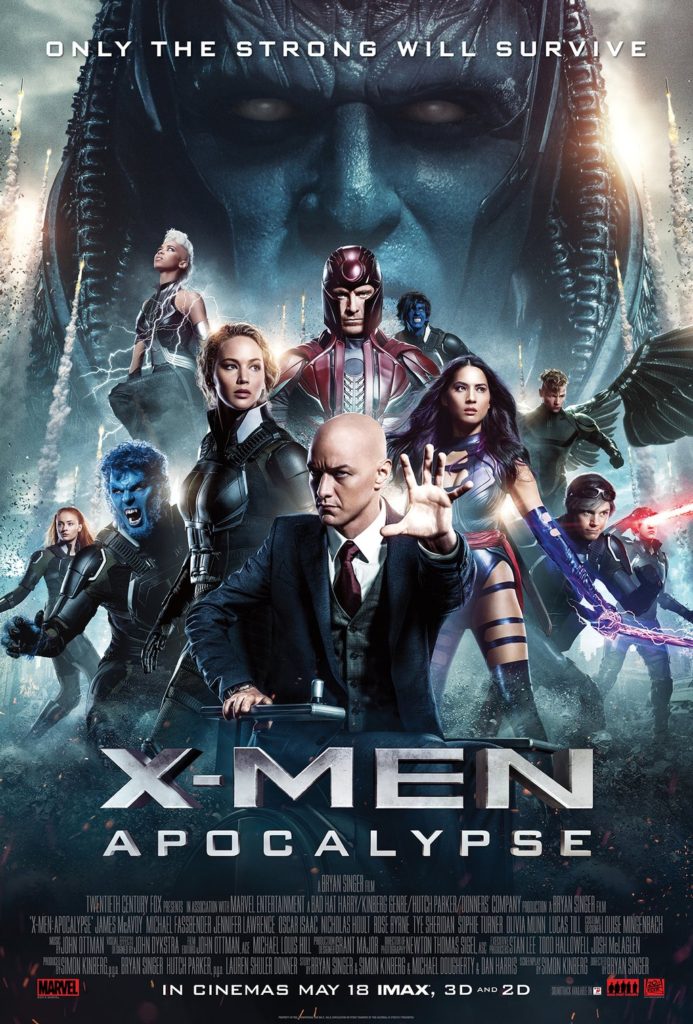 Intended to conclude the trilogy that started with First Class and setting up a new one, X-Men: Apocalypse left me desiring a lot more from the ninth film in the franchise.

I went to watch X-Men: Apocalypse hoping that Fox learned something from Deadpool with regards to how comic book stories should be translated to the big screen and giving something fresh to the viewers. However, that was not the case, and I had to endure 144 minutes of one of the most cliché and boring superhero films out there.

This review contains spoilers for X-Men: Apocalypse. Run away like Quicksilver if you don’t want to read any of them.

First I’ll talk about the good things in the film before moving on to the bad. One of the best scenes in the film was definitely the one featuring Quicksilver (Evan Peters). He stole the show in Days of Future Past and he did it again in Apocalypse. It also didn’t hurt that one of my favorite songs, “Sweet Dreams (Are Made of This)” by Eurythmics, was playing in the background throughout the whole thing.

Another good thing is that the film gave the young versions of Jean Grey (Sophie Turner) and Scott Summers (Tye Sheridan) a lot more to do. Both young actors had comparatively more material to work with than Famke Janssen and James Marsden ever had during the original X-Men films. Also, fans of Jean Grey will be excited to see a more powerful version of the female Phoenix host.

Okay, that’s about it for the good stuff; now onto everything that was wrong with the film. For starters, it should’ve been titled X-Men: Apocalyptic Manpain. I have no idea what satisfaction film writers gain when they kill off underdeveloped female characters just so they can make male characters feel emotional. The way Erik’s (Michael Fassbender) wife and daughter were killed in order to make him angry and side with Apocalypse (Oscar Isaac) was cringe-worthy.  Not only that, Apocalypse himself felt angry and betrayed because his followers tried to kill him thousands of years ago.

Professor Charles Xavier (James McAvoy) wanted to help Erik because his old friend was in pain over the death of his family. Raven (Jennifer Lawrence) wanted to also help Erik because she wanted to tell him that he still had a family and friends to come back to. Scott Summers also cried over the death of his brother and used that to better himself. You know, just lots of good old manpain going around and serving as the major basis for the film.

Another thing that bothered me was how Erik never faced any consequences for his actions. After killing numerous people in the beginning and being responsible for the death of millions around the world during the third act, Erik was free to go wherever he pleased. Who gave Charles Xavier the right to forgive Erik for everything he did?

Making reformed villains answer for their crimes is something that The Legend of Korra did very well. Even though Kuvira surrendered she still had to answer for her actions. However, in Apocalypse everything was A-okay after Erik helped defeat Apocalypse, and rebuilt the X-Mansion. Just ignore the fact that he was responsible for the world-wide destruction in the first place.

Another thing I didn’t like about the film was the lack of diversity. Please, don’t start with Mystique and Beast being blue-skinned counting as diversity in the X-Men film universe. Just don’t! 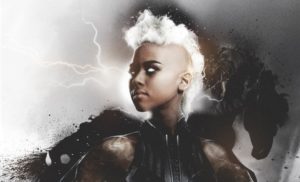 Apocalypse had two POC female actors playing two very famous characters from the X-Men comic books. However, neither of them were given much to do. Jubilee, played by Lana Condor, could’ve been taken out of the film without anyone missing her, and Storm (Alexandra Shipp) was more or less a tool for Apocalypse. It is funny that a live-action adaptation of a comic book series that is always related to minorities, discrimination, queerness, etc. in the real world has none of these elements in a manner that would make an impact.

I know that character development wasn’t impressive for the non-POC characters either, but it would’ve been nice to see Simon Kinberg try and do something important with the couple of POC talent he had in the film. Not focusing too much on characters we are already familiar with such as Erik, Charles, and Raven could have allowed for more time to be invested in the new cast.

Showing Storm’s rich backstory and the real reason behind her white hair? Allowing Jubilee to at least demonstrate her mutant powers? Forget all of it and focus on Erik going through emotional turmoil while Charles and Raven try to save him. If you want a far better portrayal of Storm, then check out the fan film Rain.

I’m not surprised by all of the negative reviews X-Men: Apocalypse has received. The latest installment felt like an embarrassment of riches. Even though the whole world was at stake, there was never a moment where I felt a sense of dread. I don’t know if it was because I never saw any humans die onscreen during the destruction or if seeing the world come to an end felt outdated. X-Men: Apocalypse didn’t actually push the envelope in the superhero genre, nor did it achieve anything worthwhile.

Even though Fox might be dreaming about hitting that $1 billion mark with its own Marvel Universe, the studio won’t be able to come close due to creating films with clunky plots and next-to-non-existent character development. At least over at the MCU we have backstories for the main characters. Fox can’t even decide which timeline it wants to consider as canon, let alone try and build characters that aren’t Erik and Charles or aren’t played by Hugh Jackman and Jennifer Lawrence.

If you’re just a fan of the X-Men film series and not bothered with character development, then I guess you should go watch X-Men: Apocalypse. But if you’re also a fan of the comic book series and want to enjoy the young versions of iconic characters, then you’ll probably end up feeling disappointed.

I never thought I would say this, but Deadpool needs to come in and save the main X-Men franchise from destroying itself. Let’s see what New Mutants has in store for all of us.

Have you watched X-Men: Apocalypse yet? What did you think of it? Let us know!