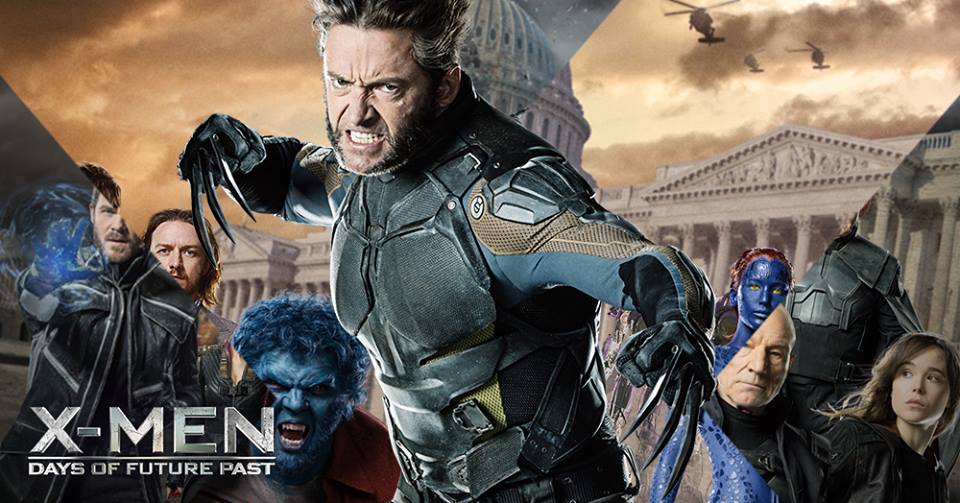 When X-Men: Days of Future Past was announced I was very excited. Bryan Singer was returning as director, the original and new casts were going to work together; it was going to be based on the most iconic storyline in the X-Men comics, what could possibly go wrong? Apparently a lot!

The review is spoiler free. However, some spoilers are going to show up near the end. Don’t worry; I will warn you when we reach that part.

The film started with a dystopian future where Sentinels had killed almost every mutant and the humans who tried to help them. The whole setting was very depressing with the mutants and pro-mutant humans being kept in concentration camps and being herded to their slaughter. Kitty’s (Ellen Page) team, consisting of Iceman, Colossus, Warpath, Blink, Bishop, and Sunspot, are the last of the X-Men trying to survive. With her power to send a person’s consciousness to the past Kitty’s been able to warn her team of future Sentinel attacks. Wait, what, how? I don’t know either. Anyway, Professor X (Sir Patrick Stewart), Magneto (Sir Ian McKellen), Wolverine (Hugh Jackman), and Storm (Halle Berry) showed up and decided to send Professor X back into the past to change the future. But Wolverine needed to shine so he ended up being the one going into the past. The logic? His mind’s the only one to survive such a journey.

Wolverine already knew what he needed to do but he was unaware of the obstacles he’d be facing. The biggest surprise was the younger version of Xavier (James McAvoy). Seeing Xavier struggling with the loss of his legs, Eric, and Mystique was quite sad. I liked how the roles were reversed for Wolverine and Xavier. This time, Logan had to be the one to guide the young mutant. Logan has really grown from a feral animal to a mentor. If you’ve been worrying about the film being another Wolverine fest, don’t be. Yes, Logan is present in almost all the scenes but he plays the role of a guide. The film has a very big cast and it can be tough to divide scenes. The future scenes added up to only fifteen minutes with most of the cast not even having any dialogue. It felt like a waste of talent such as Sir Ian and Patrick. The new mutants shown in the future were only there for fight sequences while the familiar mutants, such as Storm, were wasted. The core of the movie is definitely the younger cast: Xavier, Erik (Michael Fassbender), and Raven (Jennifer Lawrence). It’s their dynamics that moves the story forward. There’s a lot of unresolved tension between the three, and you can be sure to see more of that in the sequel. With Jennifer Lawrence’s star on the rise, there’s a lot of her in the film. She’s the heart of the movie, a soul that Erik and Xavier try to save, each in their own way. Even the amazing Peter Dinklage, playing the main antagonist Bolivar Trask, didn’t leave a lasting impression.

One of the enjoyable things about the X-Men franchise is how they incorporate real-life events into the film. The past is set in the 70’s, and we get a little history lesson regarding the Kennedy assassination, and the end of the Vietnamese War. There’s also talk about evolution, discrimination, drug addiction, and even racism. Incorporating such things gives the franchise a ‘real’ feeling and helps it hit home with the audience. 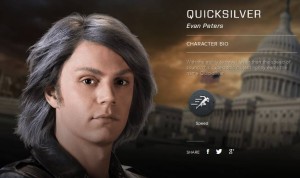 The most awesome thing about Days of Future Past has to be the inclusion of Peter Maximoff (Evan Peters). He really made the film for me. The scene where he took on numerous armed guards was a breath of fresh air in the past storyline. The whole theater was yelling in joy, and laughing. However, he only stayed in the film for a few minutes. It felt like a waste of a very good character. His true relationship with Magneto was touched upon and I hope it’s developed in the sequel. Heck, I want a film with him as the lead!

The movie as a whole had a lot of scenes that I felt were unnecessary. They showed characters trying to explain what was going on and it dragged the story down. I wanted to fall asleep during a scene or two. The film would’ve been better if ten minutes or so were edited out. The whole ‘travelling in the past to change the future’ was an interesting concept, but it quickly devalued the future scenes. No matter what they did in the future, if Logan succeeded, which was obvious he would, it just didn’t matter, not even the deaths. The fight sequences in the future were so disappointing; I wished the film had just showed us the past.

In conclusion, X-Men: Days of Future Past serves as a very good sequel to First Class and as a very big apology to fans regarding what happened in the original X-Men trilogy, especially The Last Stand. Is it an enjoyable X-Men movie? I guess so. Is it an enjoyable super-hero movie? Not for me. It has a lot of build-up, so much so that it drags the movie down most of the time. However, it was meant to be a reboot of the series and that’s what it does quite well.

Have you watched X-Men: Days of Future Past yet? Please share your thoughts in the comments section below!

Now, it’s time for my thoughts on the movie, the characters, etc. You have been warned! Spoilers might show up!