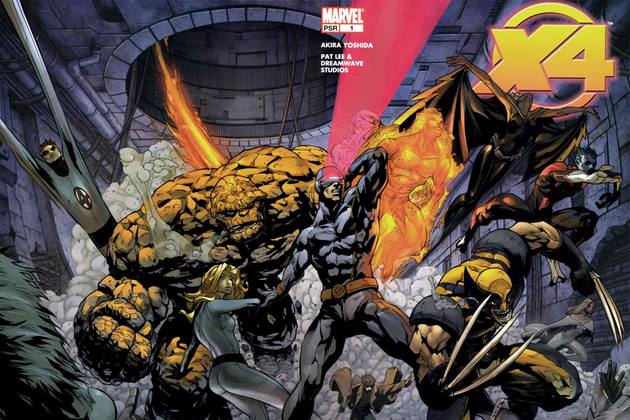 We all know that a lot of thought has gone into the multi-billion dollar behemoth that is the Marvel Cinematic Universe. Whether it’s an ensemble feature like The Avengers, or  solo films like Iron Man, Thor, etc. they are all connected and part of a bigger picture. It seems Fox has also planned to create its own cinematic universe with the Marvel properties they have.

Though Fox gave new breath to superhero films with X-Men back in 2000, one can’t help but see the obvious mistake in the initiative. If one is to look at all the superhero films released by the studio, namely the X-Men franchise, the films don’t really connect with each other. With the addition to X-Men Origins: Wolverine and X-Men: First Class, the whole timeline is out of whack. However, Bryan Singer hopes to bring some sense with X-Men: Days of Future Past that will be released this May. Fox seems ready to try and duplicate the success of the Marvel Cinematic Universe because the superhero films the studio plan to produce have been confirmed. 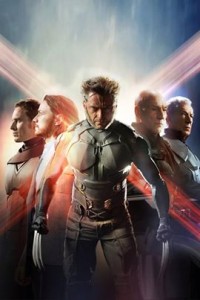 First in line is X-Men: DoFP which combines the cast from the X-Men trilogy and First Class. A lot seems to be riding on this installment which is the 2nd most expensive film made by Fox. This puts the budget around $200-$250 million without including marketing costs. The film would need to make a billion or so in order to be considered the blockbuster the studio is hoping it to be. The time traveling aspect of the film will definitely be taking care of some continuity issues. The film boasts a huge cast of mutants including Wolverine (Hugh Jackman), Storm (Halle Berry), Professor X (Patrick Stewart/James McAvoy), Magneto (Ian McKellen/Michael Fassbender), and Mystique (Jennifer Lawrence), just to name a few. My concern is the film won’t be able to do justice to every character. Rogue has already met the cutting board. This film can go either way for Fox. As a fan I expect a ‘team film’ like The Avengers, which gave every character time to shine, and not another Wolverine fest.  The future and the past X-Men will roll into theaters on 23 May in the US.

The next film is The Fantastic Four which will be released in June 2015. Fox already took a risk with the casting. I really don’t know how the audience will respond to a black Johnny Storm especially when Sue Storm is still white. There isn’t a lot of information regarding the film except it will be based on the Ultimate Fantastic Four comic series.

The mutants will be coming back in 2016 with a film about the origin of mutants. It will be an X-Men: First Class sequel set in the 80’s. The mutant Apocalypse is a force to be reckoned with in Marvel comic universe. I guess this film will be Fox’s answer to Avengers: Age of Ultron as it will be dealing with a powerful threat, too. Not much has been revealed about the casting but it’s probably safe to bet McAvoy, Fassbender, and Jennifer Lawrence will return. Bryan Singer has showed interest in Gambit and Nightcrawler appearing in the film. Going by the Fox formula of using Wolverine, I think Hugh Jackman will be making a cameo appearance like he did in First Class. With the film being set in the 80’s, there goes my hope of seeing an Apocalypse vs. Storm showdown…sigh!

This was an announcement I was not expecting. How many Wolverine solo films do we need when we have a pool full of mutants? The Marvel Cinematic Universe has given a lot of characters their own films and I was hoping Fox would be doing the same. The Wolverine was basically X-Men 3.5 that had a post-credit scene linking to X-Men:DoFP, the new sequel could possibly be X-Men 3.5 version 2. A film that gives an idea to the audience regarding the changes that might occur in the timeline after DoFP and set things up for future installments. I really wish Fox would stop milking the ‘clawed’ character and give other characters a chance. Maybe do a film about the new generation of young mutants with Wolverine and Storm taking their rightful role as mentors?

Fox looks quite confident in the FF reboot because a sequel has already been confirmed. It’s good to plan ahead but there’s always a risk when it comes to films that haven’t been released yet. The FF has its own universe. If Fox is able to do the reboot justice, they will have a lot of material to play with to create a number of sequels.

There are a lot of films that can fit this space considering the content in the X-Men and FF comic universe. They can make an X-Force movie, which would be amazing if they base it on the all female team recently featured in the comic series. This would give the fans a possibly entertaining film with female mutants saving the world. If Fox wants to go big we can always look forward to a X-Men vs. Fantastic Four film. However, another X-Men installment would make the most sense. Maybe a proper X-Men 4? I hope the yet to be revealed Marvel movie gets a title soon.

Which movie are you excited to see and why? Are you happy with Fox’s plans to enhance its Marvel Universe? Please share in the comments.