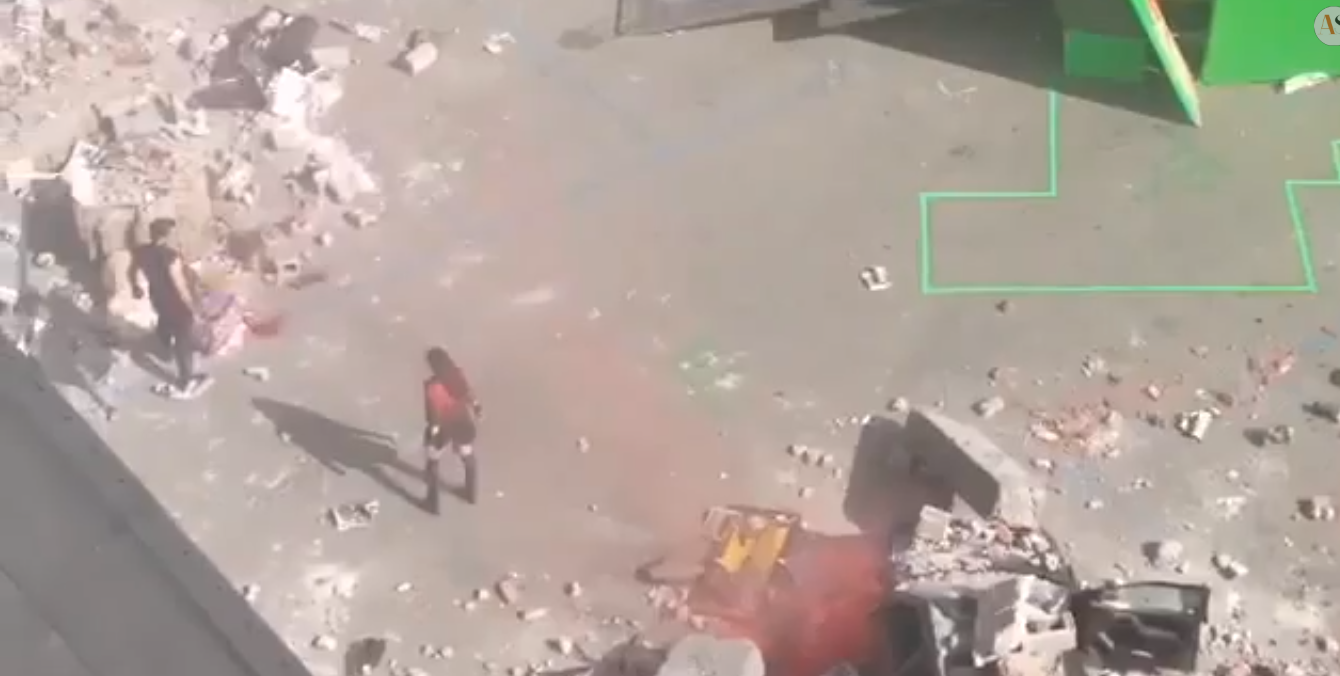 Filming for Avengers: Age of Ultron is continuing this week and with it comes some exciting tidbits about what’s in store.  The new location is Italy and the new players are Scarlet Witch and Quicksilver.  Footage and images from the set show them in action and gives us some insight into the upcoming installment in the Marvel Cinematic Universe.

Scarlet Witch and Quicksilver are interesting characters to introduce to the MCU as they actually cross over with a Fox owned Marvel property, X-Men.  They’re Magneto’s twin children, but since Fox owns Magneto I doubt we’ll see any mention of their heritage in this film.  They may either completely ignore it or make something else up, unless they find some way to straddle that fine legal line with Fox.   Ultimately these characters are Avengers, though, so if you discount their parentage and brief time with the Brotherhood of Mutants, this is definitely the universe that they belong in.

Scarlet Witch is also The Vision’s wife, which we know has been cast with Paul Bettany for this film.  The Vision is originally an antagonist to the Avengers in the comics, but later joins them.  In the comics Scarlet Witch also started off as a villain along with her father, but when she joins the Avengers she’s placed firmly in the hero category.  Based on the footage leaked from the set I’d say she’s on the side of the Avengers in this film.  It’ll be very interesting to see how these characters fall into place in comparison to their original canon.  Who’s side will Vision be on?  Will Scarlet Witch play a roll in him switching sides?  Are her and Quicksilver truly on their side in the first place?  Lots of questions and speculation, but we’ll have to wait for more footage to come out to have a good idea of what’s in store for us.

The first bit of footage from the Italian set comes from AostaSeraTV.  It shows a group of people escaping into a green screen covered vehicle (probably some sort of SHIELD vehicle) followed by Hawkeye and Scarlet Witch.  The pair seems to be protecting the group, again implying that Scarlet Witch is on their side, and the landscape that surrounds them is filled with smoldering cars and rubble.  Whatever happened here was clearly very devastating and these two have been tasked with ushering the survivors to safety.

The second bit of footage doesn’t show much on the character front, but does give us a glimpse of a pretty nifty looking special effects shot.  There’s more people running through the decimated city streets, cars bouncing up and down, an explosion, and a ton of smoke.

Quicksilver isn’t shown in this footage, but images show him present at the scene.  More images can be found at SuperheroHype.  He seems to be genuinely concerned with the destruction around him, so I’d place good money on him being on their side in this film as well.

This is the second bit of footage that’s come from the set of Avengers: Age of Ultron.  The first showed us the Hulk smashing up Johannesburg, South Africa, which was then confirmed by the Marvel: Assembling a Universe TV special to be a fight between the Hulk and Iron Man’s Hulkbuster.  Some of the images that have come from the Italian set have implied that Ultron is present there as well.  The disaster in this film is much more global than the attack on New York that occurred in the first Avengers film.  We now have two sets of superheroes on two continents possibly battling the same antagonist.  I’m looking forward to what comes out of South Korea when they start filming there in the next few weeks.  Which superheroes will be present there? Will Ultron make an appearance?  I’m very excited to see what comes out of this.

Read more about the Marvel Cinematic Universe at our Masterpost.