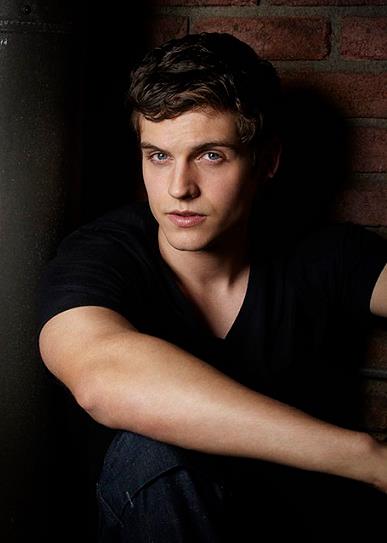 Brace yourselves, Isaac fans.  In an exclusive interview with E! News, the actor behind this fan favorite revealed that he had spoken with Jeff Davis and would not be returning to season 4.  But don’t be too sad!  Davis said that Sharman had specifically requested Isaac not be killed off so he would have the option of returning later.

I can’t help but think this is a good thing for the show because season 4 is starting to look crowded as hell!  First we have Mason and Liam, who are rumored to be “Jackson and Danny 2.0”, Garrett, hard-ass Deputy Haigh the new math teacher Ms. Fleming, and a new tough girl Violet.  Not to mention Braeden, who we last saw saving Derek and Peter’s asses in the beginning of 3B, will be returning with an expanded role.  Is your head spinning yet?  Mine sure is!

So what kind of send-off should we expect for Isaac?  Since Sharman asked for the door to be left open for his possible return, perhaps Chris will take him somewhere quiet to recover from the trauma of losing Allison.  Because as we saw in the season finale, Isaac did not appear to be coping with that very well.  He was seen leaving with Chris at the end of the finale.  Is that the last glimpse we will get of him?  Given the bombshell dropped on us in the finale’s final moments, I foresee Chris returning to Beacon Hills, perhaps with an explanation as to Isaac’s whereabouts.  Given Isaac’s pack puppy status amongst fans, they will be chomping at the bit for something about him in the season 4 premiere.

Whatever Daniel Sharman’s future endeavors are, I wish him the best of luck!  During his time on the show, he really tugged at the fans’ heart strings.  When Isaac was in the hospital during 3B, fans tweeted #DearIsaac notes to the official Teen Wolf Twitter account, wishing the character a speedy recovery.  If that isn’t some intense fan love, I don’t know what is!  So what are your thoughts, Teen Wolfers?  Are you heartbroken by this announcement?  Feel free to share your favorite Isaac moments down below and thank you for reading!