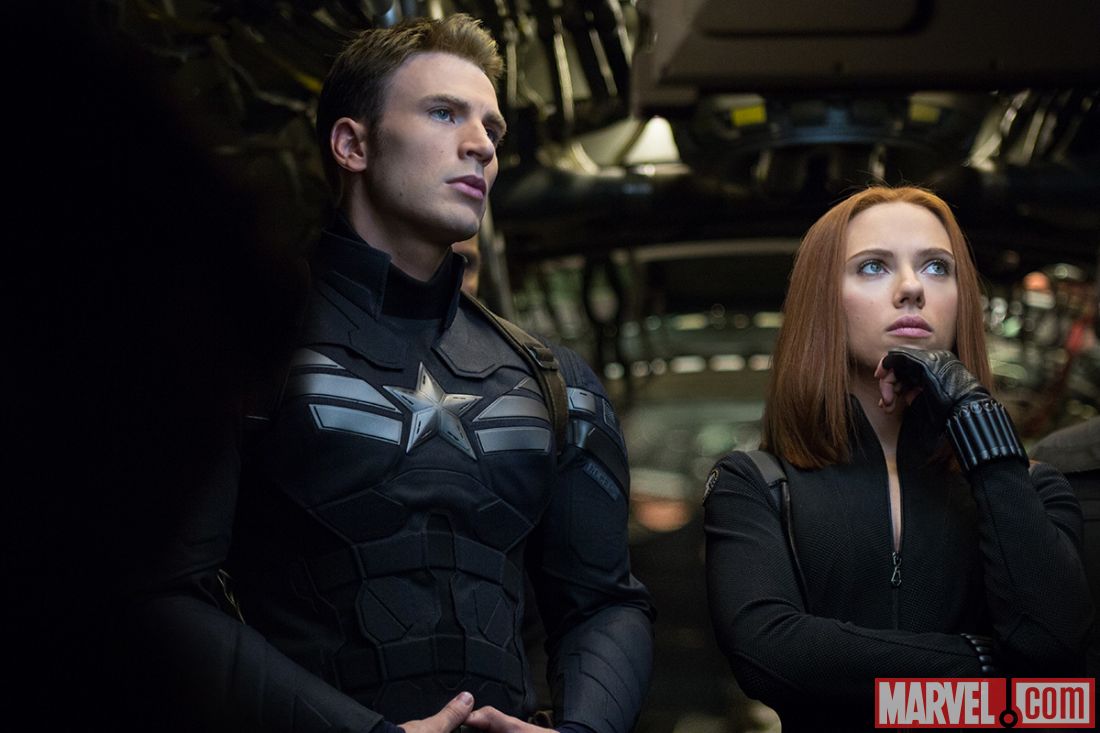 Captain America and Black Widow are tied for my favorite Avengers characters, so I knew full well going into this that I was going to love it.  What I didn’t expect was for the film to be probably the highest quality film in the Marvel Cinematic Universe franchise to date.  It’s essentially a top notch spy flick with superheroes that can appeal to both die hard Marvel fans and the completely uninitiated alike.  Beyond the intensity of the plot, the film also has all of the qualities that I love so much about the Marvel universe in the first place.  The inclusion of a woman and a POC man as part of the main superhero team of the film adds a much needed diversity to a landscape that is usually dominated by white men.  At no point in the film did I feel that they were shoehorned into these roles for the sake of diversity, like so many white male dominated ensemble casts.  They were strong, well written characters in their own rights that definitely belonged there.  While I know that Black Widow will be sticking around in future Marvel films, I hope that this is just the first of many appearances for Falcon.  There is so much right about this film and I hope it smashes all sorts of box office records.  It’s a film that needs to be remembered as one of the best superhero films of all time.

WARNINGS: This review is MOSTLY spoiler free.  Any spoilers for major plot points will be hidden under spoiler text.  Simply highlight the text to reveal the spoilers.  Example: Spoilers will be hidden here 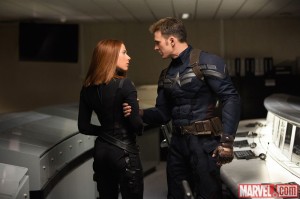 This is a film that non-Marvel people can still enjoy despite it being the 9th film in the franchise.  They set up enough of the back story from previous films within the narrative itself that you don’t need to have the entire franchise under your belt to understand what’s going on.  You know who Bucky Barnes is, how Captain America came to be the man that he is today, and where Natasha came from before she worked for SHIELD.  These bits of insight into their history isn’t redundant, though, so those of us who have seen every film aren’t bored or hit over the head with repetitive details.  You should take your friends and family to see this film.  The only detail that I feel may have been lacking for the uninitiated was the history between Captain America and Natasha, but it wasn’t necessary to know that they saved New York together to appreciate their friendship as coworkers.  To those who haven’t seen The Avengers, their trust in one another may have come out of left field, but I don’t think this was too big of a bump in the road.  And besides, if it’s a little confusing just sit your friends down and have them watch The Avengers.  They’ll love it!

When I heard early on that they were going to be putting Black Widow in the Captain America film I was a little confused about how she’d fit into his plot.  They’re both my favorite characters so I was definitely thrilled to have them paired up, but they are such polar opposites from one another.  Besides the fact that they both work for SHIELD, they don’t have a great deal in common.  This difference was a major boon for their dynamic, though, and not at all a hindrance.  Steve Rogers is always conscious of morals and what is “right,” whereas Natasha takes a more gray approach to morality.  Instead of being a sticking point between them, they temper each other and use these differences to their advantage.  While Rogers can’t push a guy off a roof because it’s “not his style” Natasha most certainly can.  While they are coming at things from different angles, they definitely have the same end goal.

The introduction of Falcon was also well done.  I’m looking forward to seeing how he further fits into the MCU.  He’s not an agent of SHIELD, but he’s definitely a superhero.  He might not be as quick as Black Widow or as strong as Captain America, but Falcon definitely has a unique skill set that makes him a valuable member of their team.  He was also the source of most of the witty one liners, which in any other film may have gone to Tony Stark.  His humor was much needed in a narrative that was extremely tense.  His loyalty to Captain America was also really touching and I hope we get to see them working together as a team in the future.  As I touched upon earlier, it’s also great to add some more POC characters to the MCU landscape.  While we definitely have some already (Nick Fury being the most high profile), it’s always a good thing to include more diversity to the franchise.  Please bring Falcon back, Marvel.  Don’t let this be just a one off character.  He’s way too amazing for that.

One thing about this film that shocked me was the enormously high body count.  People die in the MCU.  That isn’t new.  But what was shocking was just how indiscriminately they were killed off here.  A lot of the people who died also had the potential to be innocents who were unsure who to trust when their employers began turning on one another.  At one point in the film a character has a gun put to his head and he’s told to launch the Helicarriers. He’s conflicted because his superiors’ morality has been called into question. It’s just been revealed that they work for Hydra, but they are still his bosses and if he refuses he could be considered a traitor. However since they’ve been taken over by Hydra, doesn’t that mean that they are the traitors? Ultimately he sides with Captain America and refuses to launch the ships, which results in an all-out brawl in the middle of SHIELD headquarters. You have to wonder how many people like him, who were stuck between deciding whose orders to obey, died during the battle. How many people like him were on the helicarriers when they went down? It’s very complicated and makes the body count even more tragic. 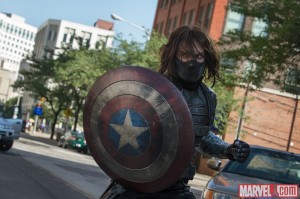 The Bucky Barnes reveal was also done well and my heart skipped a beat even though I knew it was coming.  I feel like the Winter Soldier’s identity was written to be a surprise, but it’s sort of hard to keep it that way when it’s such a huge plot element from comic book canon.  If you watched the Marvel: Assembling a Universe special on ABC a couple of weeks ago or have poked around online about the film or comics at all, you know who he is.  Those that go into the film completely spoiler free will be surprised, though.  No matter if you’ve been spoiled about his identity or not, the reveal and subsequent interactions between him and Captain America are extremely emotionally impactful. The end credits scene implies this might not be the last that we see of him either, so we may get some further exploration of the complicated emotional battlefield that is Bucky Barnes’ mind.

And speaking of the topic that I touched upon in my last spoiler hidden comment, I really want to talk about the end credit scenes.  There are two of them, and I think the mid-credits sequence was one of the best one’s we’ve had yet.  I really want to urge people to keep it a secret and let people be surprised.  I had no idea it was coming and my jaw hit the floor. I am well aware that Scarlet Witch and Quicksilver are coming our way in Avengers: Age of Ultron (see post here), but I wasn’t expecting them to show up so soon. The effects they used to highlight their powers look incredibly awesome and beautifully done. I already love Elizabeth Olsen’s portrayal of Scarlet Witch. She has a sort of innocent confusion permanently plastered on her face that’s both endearing and sort of eerily intimidating. We haven’t really seen much of Quicksilver yet. He was dashing about his cell quickly and we’ve seen a few set pictures, but most things tend to focus pretty heavily on Scarlet Witch. She had the climactic moment in the end credit sequence and she was featured in the set footage from Italy along with Hawkeye. I’m incredibly excited to see more about them.

I predict that this film will break records at the box office.  It deserves it.  While every film in the MCU franchise has something unique to offer, this film has all the right elements pieced together in just the perfect way.  It’s unique among superhero films, unique among the rest of the MCU, and overall a great movie no matter what you compare it against.  It deserves to be recognized for all that it managed to include without being overly complicating and alienating to newcomers.  Go see this film as soon as you can.  Bring your family.  Bring your friends.  Induct new people into the MCU family and let’s show Marvel some love.