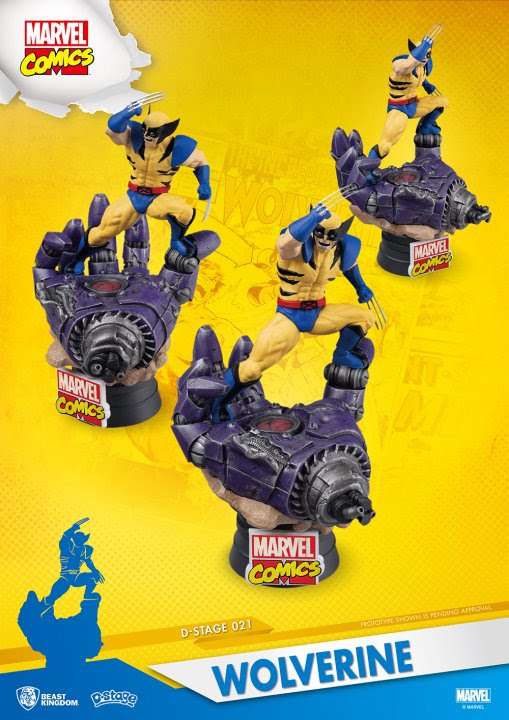 Adding to their popular line of D-Stage Dioramas and Egg Attack Action Figures, Beast Kingdom is welcoming Wolverine, Phoenix, and Captain Marvel to the family in a series of PREVIEWS Exclusive collectible figures!

Fans of Logan, Jean, and Carol have some new figures to look forward to from PREVIEWS Exclusive. First up we have the Weapon X Wolverine Diorama.

Travel to a world of struggle and heroism with our infamous Weapon X Wolverine fighting one of the world-ending, mutant hunting Sentinel machines! Beast Kingdom is proud to present its latest Diorama Stage series: The PREVIEWS Exclusive DS-021 Marvel Comics Wolverine (FEB198138; SRP $29.99)! With years of irreplaceable adventures, collectors can now revisit and forever keep pivotal moments in the cherished comic-book franchise. With a design based on the classic comic setting, the DS-021 Marvel Comics Wolverine incorporates sophisticated modelling techniques, a detailed diorama design, and delicate yet highly immersive paint work. 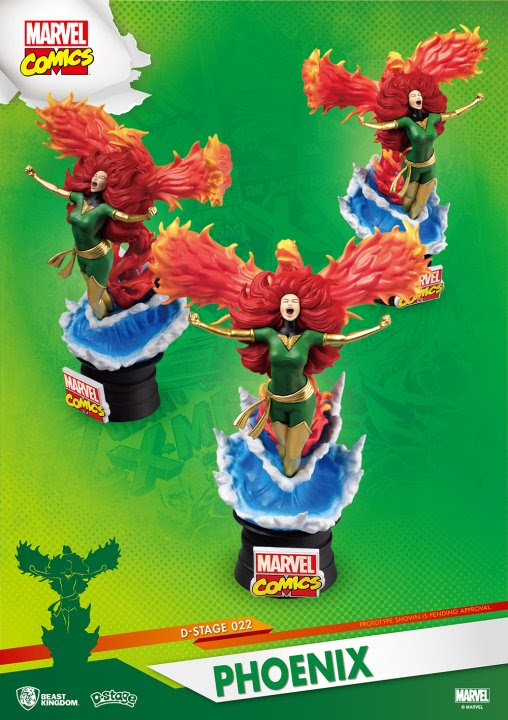 Then we have another addition to the Beast Kingdom Diorama Stage series with The DS-022 Marvel Comics Dark Phoenix!

The PREVIEWS Exclusive DS-022 Marvel Comics Dark Phoenix (FEB198137; SRP $29.99) is a recreation from one the most renowned comic covers. Jean Grey is featured here with flying red hair and raging flames encompassing her entire body, screaming with her unlimited power! Using sophisticated modeling and immersive painting techniques, Dark Phoenix invokes both the light and dark side of the comic franchise! So, for all Marvel fans, grab an authentic stereoscopic diorama, and add this amazing snapshot to your X-Men collection 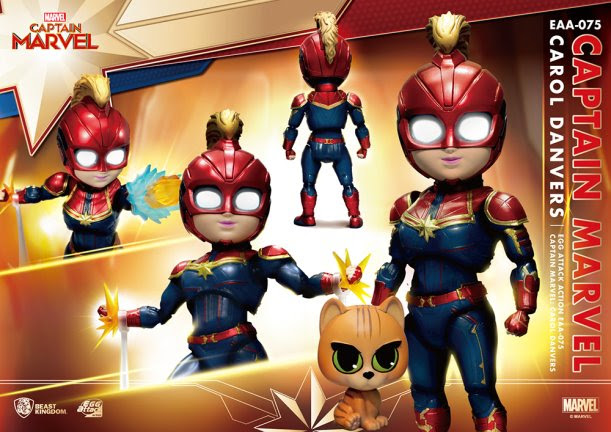 With the Captain Marvel solo film making a lot of money at the box office, it makes sense for Carol Danvers to be shown some love.

With an EAA stylized design, intricate paint detailing, a Red, Blue & Gold classic costume, light up helmet and the remarkable star Icon in front of her chest, Beast Kingdom is proud to present the PREVIEWS Exclusive EAA-075 (FEB198136; SRP $100.00), arguably the strongest superhero in the MCU: Captain Marvel! The EAA-075 features 22 points of articulation, numerous accessories, interchangeable hands, LED light up function with the helmet and last but not least, the inclusion of the adorable cat, Goose, melting the toughest of hearts! With a strong focus on detail, the EAA-075 Captain Marvel, is the perfect addition to the growing roster of Earths Mightiest Heroes.

DC Comics fans can go ahead and pre-order (from local comic book shops) the Harley Quinn PREVIEWS Exclusive Funko POP! vinyl figure which is based on the Carlos D’Anda variant cover of the DC Universe Rebirth Harley Quinn #1. It is available for an SRP of $11.99. 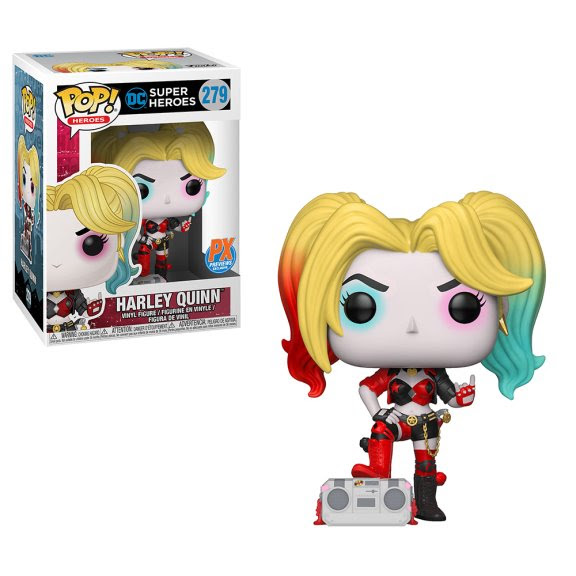 What do you think of these PREVIEWS Exclusive collectibles? Let us know.