Captain America: The Winter Soldier is just around the corner, but it’s time to look ahead at the next two movies heading down the pipeline in the Marvel Cinematic Universe.  Lots of spoilers have come out this week about Guardians of the Galaxy and Avengers: Age of Ultron.  Guardians of the Galaxy‘s star Chris Pratt, director James Gunn and producer Kevin Feige sat down for a long Q&A with AMC Movie Talk, further proving that Marvel is pulling out all of the stops with their media campaign.  The ‘but the audience doesn’t know this property’ excuse isn’t going to hold any water when the film finally gets released.  The campaign is being executed extremely well.  Even further down the line, the Avengers franchise has had to reshuffle its shooting schedule a bit due to Scarlett Johansson’s pregnancy, but it hasn’t really slowed down the constant flow of information about the highly anticipated sequel.  The film is over a year away, but every little move that the production team makes causes ripples of excitement to spread through the fandom. 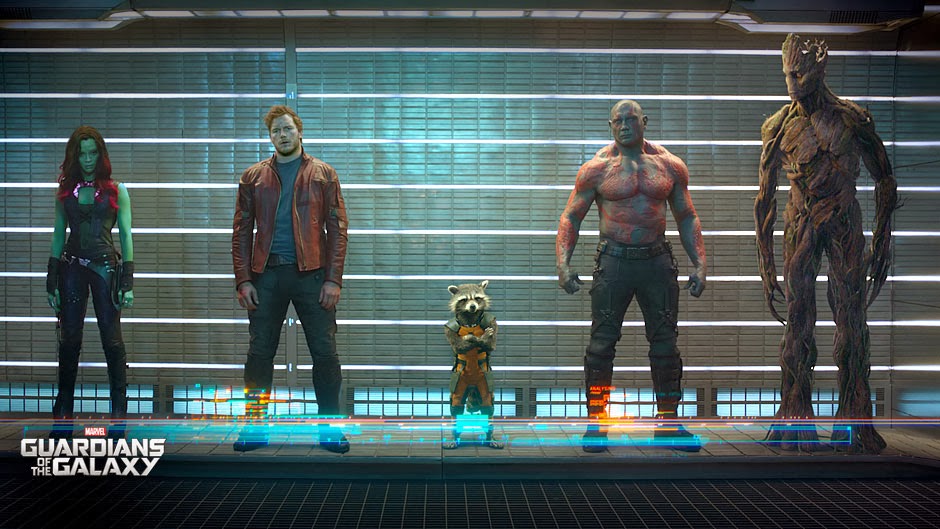 Guardians of the Galaxy

The Q&A offered a lot of insights into the choices involving the production of the film.  When asked how the film fits into the rest of the Marvel Cinematic Universe at large, Feige stated that it “couldn’t be more distant in geography to the other films [but], there are a handful of characters that you’ll see in this movie that carry through to broader threats that perhaps our other characters are facing on earth.”   We know that The Collector is going to be a cross over character.  He showed up in the end credits sequence in Thor: The Dark World and he’s very clearly in the trailer for Guardians of the Galaxy, but what else?  Thanos is another possibility as he has strong ties to both Ronan (Lee Pace) and Nebula (Karen Gillian).   His inclusion in this film could tie in with the Tesseract, which could possibly be an Infinity Stone.  This could very well set off the tie in plot of Phase III.

Whether this will lead to more Guardians of the Galaxy films or it’ll just tie in to other films in a slightly disconnected way isn’t quite clear.  Feige states that they look at every film as though it were the last film that they’ll make, so they don’t have a plan.  The tie ins are definitely there, though, and the potential for the Guardians to meet the Avengers is still a possibility.  Having both teams in one film might be a bit too bloated, but I thought the same of the original Avengers film and it ended up doing just fine.  My faith in the MCU is very strong so if they put them all in one film I’m sure they’ll be able to strike a balance.

We also got confirmation that Yondu will be in the film, and though Bug is not in this one, he came very close to being included.  Yondu is one of the founders of the original Guardians team, but he’s clearly not in the five member team for this film, which is based on the 2008 comic.  Bug was originally part of the Micronauts, but joined the 2008 Guardians of the Galaxy team.  Since the film is based on the more modern series of comics it’s interesting that the character from that one didn’t make it, but the one from the older version did.  It’s a nice way to honor the roots of the franchise, though.  It’ll be interesting to see how big of a part he plays.

Feige also revealed that there will be a post credits scene, but it hasn’t been shot yet.  The fact that there will be a post-credit scene isn’t really a shocker.  Every MCU film so far has had one, but Feige’s insights that it is built into the actors schedules, but often shot last minute, is interesting.  They might not even know what it’ll be yet.  If they do, Feige is definitely being tight lipped about it.  But honestly, that’s perfectly fine.  Part of the fun is having no idea what’s coming after the credits. 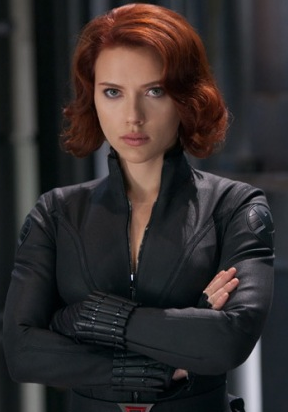 The biggest news for Avengers: Age of Ultron is Scarlett Johansson’s pregnancy and how that’ll affect production.  My first thought when news broke was that I was incredibly happy for her and I didn’t even think about the potential consequences until much much later.  Black Widow is an incredibly physically demanding role and I would have been disappointed if they had to tame down her role in an effort to hide her baby bump.  You’ve got to do what you’ve got to do, though, so I was ready to accept a tamed down part in exchange for the excitement I was feeling on behalf of Scarlett.  It looks like they are fast tracking her scenes to early April, though, so that she can shoot most (all?) of it shortly after her Captain America press tour.    That means she should start shooting about four or five months before her baby is due.

While that was certainly the biggest news, it wasn’t the only news.  Thomas Kretschmann revealed that he signed a “multi-picture deal,” which means that Baron Wolfgang von Stucker will be sticking around for future installments.  How many and in what capacity, we aren’t quite sure.  We’re not even sure if he knows, honestly, but it could mean HYDRA will have a part to play in Phase III.  We’ve had hints that Red Skull will be in Captain America: The Winter Solider thanks to a new toy and a track on the official soundtrack, so this theory seems pretty strong.  As mentioned in the Guardians of the Galaxy section, Thanos could also play a part on Phase III, too.  Will they both be present?  Will that be too much?  So far Marvel has balanced their villains and large cast of characters pretty well so as they keep expanding things I’ll be interested in seeing how well they maintain that balance.

There should be a ton more to talk about on Tuesday because Marvel will be airing a special on ABC.  The special will include a “sneak peak” from the upcoming Avengers sequel and new footage from both Captain America and Guardians of the Galaxy.  It’s essentially an hour long commercial and I am definitely going to be tuning in.