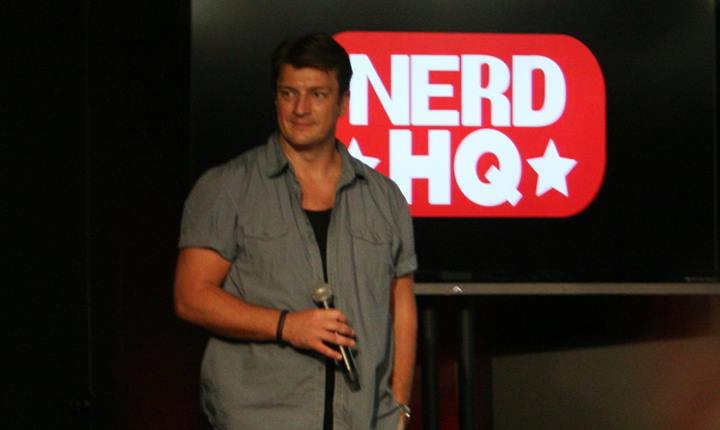 For the past three years during San Diego Comic Con a little event has taken place off-site called Nerd HQ.  It’s offered smaller panels for the low price of $20, all of which goes towards the charity Operation Smile.  The event has raised around $250,000 for the charity and provided hundreds of operations for children in the developing world while also offering fans a more intimate venue with their favorite celebrities. It also created a pretty cool party space with a lot of fun things to do throughout the day.  The event is the brainchild of Zachary Levi (Chuck, Tangled, Thor: The Dark World) and his company The Nerd Machine.  Overall Nerd HQ has been an enormous success and a positive experience for almost everyone involved, Geekiary staff included.  When he floated the idea of doing crowdfunding this year, response was overwhelmingly positive.  The #IWantMyNerdHQ tag had a ton of support.  Now that it’s launched via Indiegogo the tides have started to turn against the project.  Funding started off with a large push, but has since slowed to a crawl.  People have begun to question many aspects of the campaign and support is starting to dwindle.  Something big needs to happen to keep this project afloat and it needs to happen soon. 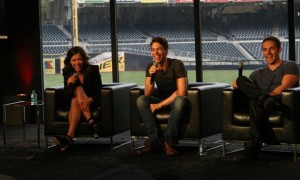 I want to start off by saying I very much want this project to succeed.  I went to a Nerd HQ panel in 2011 and went to three of them last year (Hannibal, Orphan Black, and Doctor Who).  I truly believe that Zachary Levi has the best intentions here and I really appreciate everything he’s done.  This event has greatly enhanced my Comic Con experience, especially on days when I didn’t have a badge for the main convention going on down the street.  The charity he chose for the event is also deeply personal to me as I was born with a cleft pallet, which is the condition that this surgery helps fix (along with cleft lips).  I’ve known about Operation Smile for many years and having a celebrity back it in such a public way has touched me on a personal level.  My criticism of the crowdfunding campaign is in no way meant to be a slam against Levi, the event, or the cause.  I truly support it, but I feel like there have been many missteps here that need to be addressed if the funding goal is going to be reached.  And I really really want it to get reached.

The first misstep is the massive amount being asked for with not even a general breakdown of what the money is going towards.   He’s asking for $1 million to put this event on.  Renting out Petco Park isn’t cheap, so a high price tag isn’t exactly going to be a surprise, but there’s been no break down for how much of this will go to what portion of the costs.  The prices to rent out Petco Park are publicly listed and range from $2,450 to $35,000 depending on what space you want to rent.  If you want to overestimate completely and say he’s renting out multiple spaces (he did rent out the field for Serenity, which is the most expensive space to rent) you can say it’s going to cost $50,000 a day.  Let’s say he has to rent it for an entire week to count for set up and tear down.  That’s $350,000 right off the bat on rental space alone.

The problem with this estimate is that I’m pretty sure he didn’t rent out the field for an entire week, which would mean it’s far overblown.  Even if it were accurate, that’s only a little more than 1/3 of the cost.  If equipment and set up costs are genuinely hundreds of thousands of dollars that needs to be stated.  In his interview with the Hollywood Reporter Levi alludes to the fact that sponsors pulled out of the event last year and he had to pay for some of it himself.  That’s pretty terrible and I feel for the guy.  If part of the funding this year is to recoup losses from last year, that’s understandable.  But how much?  If he would tell us what the costs involved were and how much is going towards recovering last years losses it would put a lot of people’s minds at ease.  Badass Digest wrote an article critical of the campaign and, while the tone of the article was harsh and there was some misinformation about what Nerd HQ is (it’s more than just a celeb party, you guys), it brought up a lot of valid concerns over the project.  Levi actually left a comment on the article saying that if people had questions they could just ask him.

I sent out an inquiry email asking for a budget breakdown and have yet to receive a response.  I know several others who have sent emails as well.  In fact, in a recent Q&A many people asked the same question and none of them got a breakdown either.  While I don’t expect him to answer each of us individually, it’d be great if the message got across that this information is wanted by a lot of people and that it should be stated publicly somewhere.  It seems to be the vital piece of information that is being ignored here that would put a lot of people’s minds at ease.  While I have no doubt that Levi’s intentions are honorable, it’s been interpreted as a pretty shady practice by a lot of potential donors. 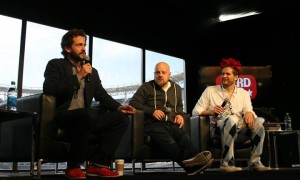 The large funding goal can also be rather disheartening as time goes on and we don’t get close to the goal.  In the first 36 hours we blew past 10% of the total being asked of us, but in the following days it’s slowed down massively.  In the next 8 days it only gained 7% of what it needed.  In order to get back on track something major needs to happen or we are going to fall way short of our goal.  If $1 million is an over estimate, it seems the better strategy would have been to ask for the bare minimum, then state the “stretch” goal to increase the size or quality of the event.  When a crowdfunding campaign nears the end of its funding period and is nowhere near its goal it doesn’t really help inspire that last minute push that’s often needed to put projects over the top.

The lack of perks is also a major point of contention for a lot of people.  Levi makes a good point that he’d rather the money go towards the event instead of making and shipping rewards, but there are a lot of onsite rewards that can be offered that wouldn’t really cost them anything.  For example, for a few hundred dollars maybe you can have lunch with Levi or one of his many celebrity friends who always seem so supportive of the project.  Maybe for a thousand you can be guaranteed seats at several panels or invited to the private party.  Maybe even set up a raffle system for some lower end funding goals.  If you donate $50 your name would get entered into a raffle to attend the private party, which would give people with very little money a chance at some of the bigger perks.  None of this would really cost anything and it would motivate people to donate more than they are right now.  At this time the only perk is getting your name on a wall and signed up on their mailing list.  You get these perks whether you donate $5 or $1,000.

Despite the perceived flaws in the campaign and the sudden rush of negativity being thrown at Levi and the Nerd Machine, I really am hoping this succeeds.  I hope that Levi listens to the questions being asked by his supporters and releases a budget, even if it’s just a very general outline.  That alone would boost a lot of people’s confidence with this event and we could see a sizable bump in donations.  It may be too late to add perks to this campaign, but he has hinted at possible referral perks being added in the near future.  That would also give this project a much needed shot of adrenaline.  Whatever route he chooses to go, he needs to act fast.  There’s only a month left to go and it still needs about 82% of its goal funded.  At the rate it’s currently gaining donations, it won’t meet it’s goal in time.

Previous:TV Show Recommendation: In the Flesh