Our First Glimpse at Ant-Man

On Tuesday ABC aired an hour-long special titled Marvel: Assembling a Universe.  Though this was essentially just a lengthy commercial for the film franchise, it was quite remarkable.  It took us back to Hulk and the first Iron Man film and explained how this wonderful version of the Marvel universe came into being.  We saw plenty of footage from the upcoming Captain America: The Winter Soldier, as well as some behind-the-scenes shots from Guardians of the Galaxy and Avengers: Age of Ultron that had never been aired before.  However, the real surprise came at the very end of Assembling a Universe, when we were given brief glimpses of the long anticipated film Ant-Man, which is not scheduled for release until July 2015.  We now know what his costume looks like and we’ve seen early effects of his powers in action, and I believe this was enough to cause some excitement even for those who were only passively interested in the character. 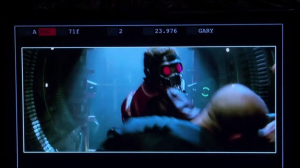 This Ant-Man footage lasted for only 10-15 seconds and showed the title hero fighting an unnamed man in a suit. Throughout the clip Ant-man changed sizes and disappeared in an elevator. There was also a short shot of him standing in an air vent, but that footage was sandwiched between shots from other upcoming films, so at first I wasn’t quite sure what I was looking at. It was only later, when the slightly longer clip from the film was shown, that it all clicked. I was stunned that they had footage ready to show so far in advance! It looks like it’s mostly test footage, but that certainly wasn’t something I was expecting out of this ABC special.

The costume featured in the Ant-Man footage is quite similar to the one in the comics, though a bit darker and with slightly smaller antennae. The helmet is fairly close to the original designs as well, with just some modifications that make it sleeker and more up-to-date. The character certainly looks a lot cooler than I’d imagined, but then, that tends to be how Marvel does things nowadays – they take an older concept and tweak it just enough to look neat by modern standards while still retaining enough of the original to be a worthy homage.

Ant-Man’s power is the ability to change sizes, which we see happen a few times in the clips featured in Assembling a Universe. It seems that a bright crackling flow of energy surrounds him, and then he either shrinks or grows larger instantaneously. Whether the effects used are the final product, or whether they’re simply in the early stages of production, isn’t quite clear. 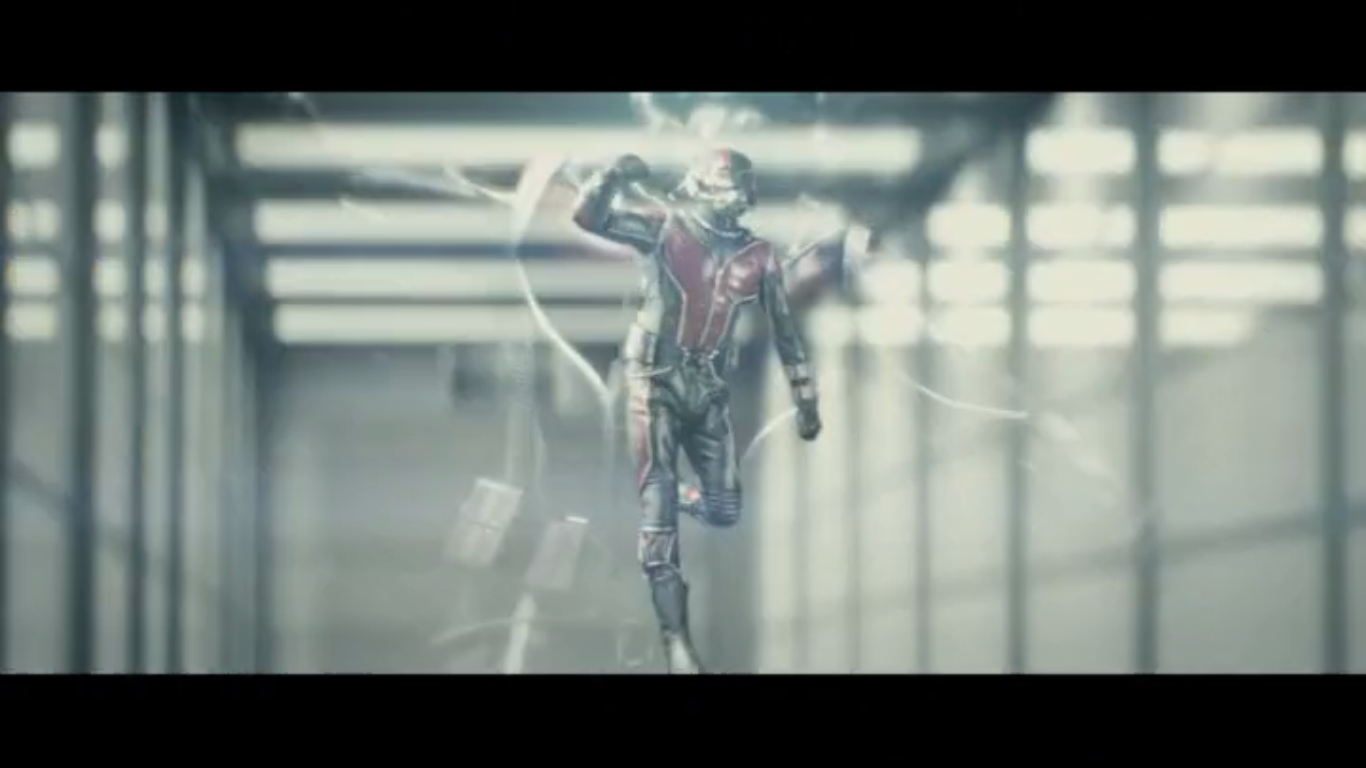 Avengers: Age of Ultron began filming just about a month ago, and is set to come out several months before Ant-Man – yet we don’t have much footage from the Avengers, other than a few behind-the-scenes clips from the Hulk’s battle in South Africa.  Clips and pictures from that scene were already posted all over Twitter and Instagram by fans, so seeing them in Assembling a Universe wasn’t exactly revolutionary.  Perhaps they chose to release the Ant-Man test footage clips so early and tone down the inclusion of Avengers clips because we already know the Avengers so well. Fans really don’t need sneak peaks to get us excited for Age of Ultron, but many people don’t really know much about Ant-Man – it’s better for him to be introduced to us early, to get us excited for and interested in the project.

Ant-Man first appeared in 1962, in a science fiction anthology called Tales to Astonish – but he’s a new hero on the MCU front.  The Ant-Man script has been a concept since at least the 1980s, but has received more attention throughout the past few years, including several revisions. Because of its early inception, it’s been hinted that there won’t be much tie in with the rest of the franchise. In the original comics Hank Pym is the creator of Ultron, who, despite being the ‘big bad’ in the Avengers sequel, will not be in the Ant-Man film at all – additionally, Pym won’t even be his creator. The multiple revisions of the script mean that there could be other tie-ins added, but the overall story arc is apparently separate. How Ant-Man will fit into the universe at large is difficult to gauge at this early stage, but I for one am hoping for some sort of link(s) between this film and the rest of the MCU, because those links would definitely stir up a lot of excitement for fans both new and old.

There’s still well over a year before this film comes out, though, so they haven’t really started filming in earnest yet – and there are at least three other Marvel films set to be released before Ant-Man hits theaters. Right now it’s thrilling to get a glimpse of what’s coming, but there is a ways to go before the real spoilers start rolling in – and I’m definitely excited about that phase of production.