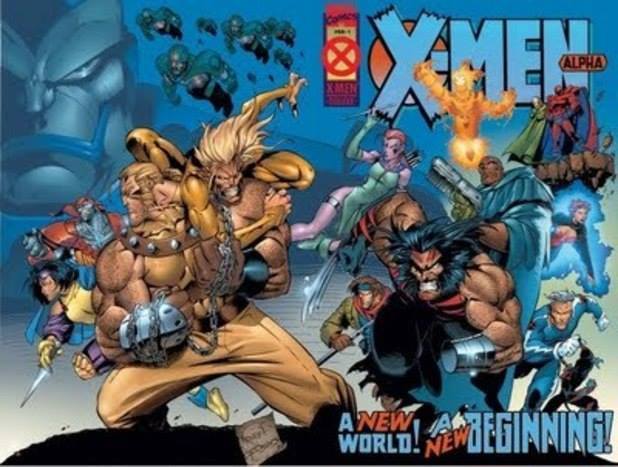 If you were hoping for actors from the original X-Men trilogy to return to the big-screen anytime soon, you might have to wait a little longer. Though X-Men: Days of Future Past resurrected a lot of deceased characters from The Last Stand, the principle cast won’t be back for X-Men: Apocalypse.

Simon Kinsberg, writer of Days of Future Past and the up-coming Apocalypse, has confirmed that if characters such as Storm, Jean, and Cyclops will be part of the newest installment, they will have to be recast.

In his Q&A on Yahoo, Kinsberg revealed that the new film will focus heavily on the X-Men: First Class cast. Apocalypse is set in the 80’s, and that’s why Halle Berry, Famke Janseen and James Marsden, who played Storm, Jean Grey, and Cyclops respectively in the franchise won’t be back. If said characters do appear, however, younger actors will be cast for the roles. Kinsberg also went on to say that it would be hard to cast actors who will be able to do the characters justice and bring their own interpretations on screen.

I don’t know what Kinsberg is talking about because as far as I know, out-shinning the way Berry, Janseen, and Marsden were made to play the iconic mutants should be easy. The original trilogy were more or less butchered to make Wolverine shine.

James McAvoy and Michael Fassbender were amazing in their roles as the younger versions of Professor X and Magneto, so I’m sure the casting team will find good actors to take on the torch from Berry and the rest.

This new development does contradict what Kinsberg said about the original cast being involved in Apocalypse. Maybe they will have cameos?

X-Men: Apocalypse will be focusing on the “past” of X-Men: Days of Future Past. I hope Fox decides to make a film about the future of the team, too. It would be a waste not to revisit the original cast members one last time after they were all reunited in the recent installment. Fox needs to do a Dark Phoenix Saga correctly!

Bryan Singer will return as director for Apocalypse, making it the fourth time he has worked as director in the franchise. He will also be co-writing the newest installment. McAvoy, Fassbender, Nicholas Hoult (Beast), Jennifer Lawrence (Mystique), Evan Peters (Quicksilver), and Hugh Jackman (Wolverine) are reportedly returning.

Recasting younger actors does make sense and it was inevitable. I will be happy with any decisions Fox makes as long as they do Storm, Cyclops, and Jean justice this time around. It’s high time we get to see the Weather Goddess going all out on the big screen, and Cyclops showing the audience what a great leader he is.

X-Men: Apocalypse will start production next year and has a May 27, 2016, release date.

What do you think about Storm, Cyclops and Jean being recast with younger actors? Do you want another X-Men film with the original cast from the trilogy? Let us know!

One thought on ““X-Men: Apocalypse” recasting Storm, Cyclops and Jean!”