And the Fangirls Rejoiced: Supergirl Gets CBS Series Order, Let the Fancasting Commence

By now you’re probably aware that CBS has picked up the much talked about Supergirl series currently being developed by Greg Berlanti and Ali Adler. This is pretty fantastic news, obviously because we could all use more female superheroes in our lives (even if they’re not on the big screen #WheresMyWonderWomanMovie). It might not be the superhero they were expecting, but the fangirls seem pretty happy to see Supergirl get her own show. I know I am.

“So we’re definitely getting a Supergirl show next year on CBS. How awesome is that!?” – fuffy

“Supergirl is getting her own series!!!” – mjtastic

“BUT WHY IS NO ONE TALKING ABOUT CBS MAKING A TV SERIES BASED OFF OF DC’S SUPERGIRL? (X) MORE COMIC BASED SERIES ABOUT FEMALES ARE BEING ANNOUNCED THIS YEAR AND I AM BEYOND EXCITED” – fuck-bucky

“THERE GON BE A SUPERGIRL SERIES F YES” – @dauntlesstydia

“Looking forward to a Supergirl show where she embraces her heroic destiny. Thanks @GBerlanti @AliAdler” – @dranj70

Now that the excitement is out of the way there’s only one thing left to do – let our imaginations run riot as we fantasize about who we would cast as Kara Zor-El. The Hollywood Reporter describes her character as “Superman’s cousin, who was born on the planet Krypton and escaped amid its destruction years ago. Since arriving on Earth, she has been hiding the powers she shares with her famous cousin. But now at age 24, she decides to embrace her superhuman abilities and be the hero she was always meant to be.” So not quite the rebellious teenage girl I was dreaming of when this show was first announced, but I’ll take what I can get.

Everyone has started to speculate about casting, with basically every working white actress (preferably blonde) between the ages of 20 and 30 being suggested. Popular suggestions include: AnnaSophia Robb, Blake Lively, Lyndsy Fonseca, Brittany Snow, Yvonne Stahovski, Britt Robertson, and Laura Vandervoort who played Supergirl on The CW’s Smallville. Of all the suggestions I have seen so far I’m partial to Adrianne Palicki and Dianna Agron. There also seems to be a vocal group of Heather Morris fans around that are fighting for their lady love. 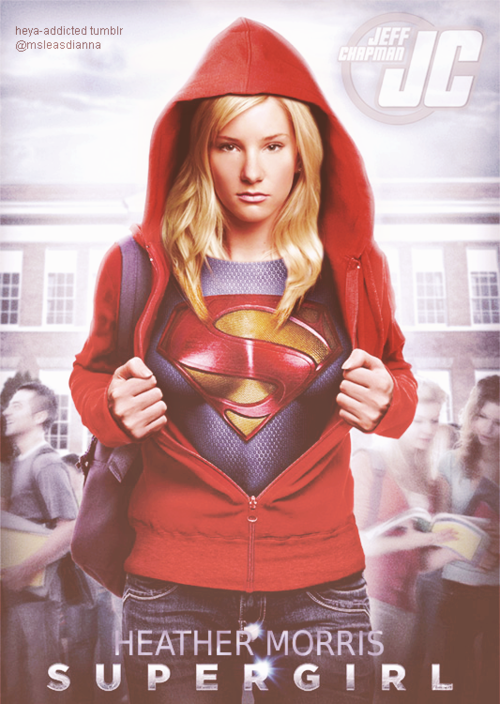 I have no doubt that any of these women could rock the role of Kara Zor-El, but I have got to say I’m a little disappointed by the lack of diversity in these suggestions. We are at a unique moment when we can fancast whoever we want. So why not think outside the box while the option is still there. In the words of one half of the little slash pairing that could: You mustn’t be afraid to dream a little bigger, darling. So here’s my fantasy drenched list of ladies for the role of Kara Zor-El in the Supergirl series. 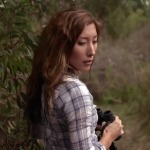 This blonde bombshell is no stranger to genre TV, having appeared in Being Human, The 100, and of course Joss Whedon’s Dollhouse. It’s pretty clear she’d be up for the physical aspect of the role; Sierra kicked lots of butt while winning hearts! She’s currently appearing on The 100, but I’m sure she could be persuaded to take on the role of Supergirl. 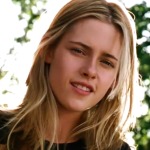 Sure, she hasn’t really done much TV because she’s a big damn movie star, but surely she could make a exception for Supergirl. Let’s face it: Kristen Stewart is basically already a superhero and I honestly don’t know why she hasn’t played one before. At 24, she’s the right age and she’d certainly fit the more intense series brand of superheroes DC is so fond of on film. 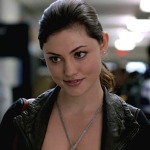 She might currently be playing a werewolf on The Originals, but characters die on that show all the time! Let’s kill her off so she can be Kara Zor-El! She’s a supernatural veteran having, at this point, played a mermaid, a witch, and a werewolf, so why not add alien to the list? Plus, she’s got the stature of a superhuman and would look damn good in lycra. 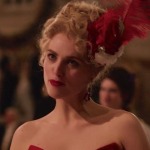 Best known for her time as Morgana on BBC’s Merlin, Katie McGrath proved she could rock a blonde wig as Lucy Westenra in NBC’s Dracula. Apparently she’s in Jurassic World, so she’s probably an old hand at special effects driven fight scenes by now. Considering she’s a self-confessed fangirl it be worth casting her in the role just to see her at Comic-Con. 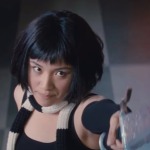 She played Knives Chau in 2010’s Scott Pilgrim vs. The Word, which should be enough to convince you because she was without a doubt the best part of that film. Now that The Carrie Diaries are done she’s probably looking for something to do, and she could be the perfect person to inject a little something unexpected into the role of Supergirl. 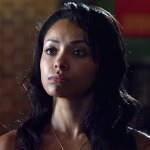 She’s been wasted as the secret MacGuffin of The Vampire Diaries aka Bonnie Bennett, so why not give her the chance to shine as Kara in Supergirl? Her time on The Vampire Diaries proves she’s got the acting chops for a lead role. She also starred in the dance movie sequel, Honey, so it’s clear she’s got moves that could blow the bad guys away. 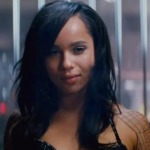 This Sci-Fi/Superhero heavyweight has proven she’s got heroic chops with roles in X-Men: First Class, Divergent, After Earth, and the upcoming Mad Max: Fury Road. She’s definitely more than capable of playing an alien with superhuman strength and a hero complex. Zoë Kravitz is also well past due for a lead role. Let’s see what she can do as Supergirl! 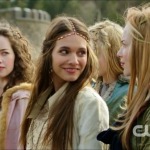 Okay, so Caitlin Stasey is my fancast for basically every role ever, but I really think she could be amazing as Supergirl. She did Tomorrow When the War Began so she’s got action heroine creed. She’s also hilarious in the comedy series Please Like Me and what’s a superhero without a sense of humour? Besides, surely saving the world takes president over Reign’s courtly drama. 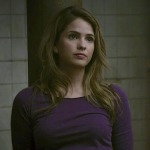 Yet another supernatural TV star, Shelley Hennig is currently appearing on Teen Wolf, but it would be nice to see her find somewhere that her talents are truly appreciated. Jumping into a series in Season 4 has not given her the love she deserves and she is definitely worthy of super-heroine adoration.

That’s my very unlikely but still wonderfully enticing list of possible Supergirls, but what do you think? Who is your dream Kara Zor-El?