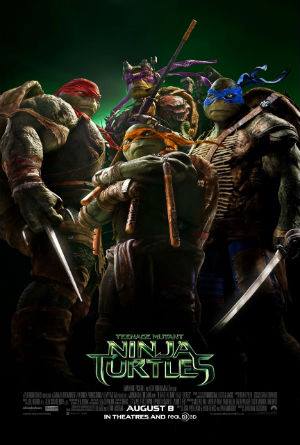 Even though the new Teenage Mutant Ninja Turtle movie doesn’t have much of a plot, it still has enough nostalgia, action-sequences, and humor to serve as quite an enjoyable August flick!

The review contains some spoilers. I have warned you all…Cowabunga!

I ended up watching the film because of nostalgia. I remember playing as Donatello in the Sega video game and watching the live-action films as well as the animated series in the 90’s. I even watched the CGI animated 2007 TMNT film, which was actually quite good. When news surfaced that Michael Bay was producing a new TMNT live-action film, I had my doubts. The rumors regarding the premise weren’t comforting, especially the part where the turtles were supposed to be aliens. The film, however, put all my worries to rest.

The best part has to be the fact that it didn’t mess the origins of the turtles. The four ninja brothers are still ordinary turtles that mutated because of a lab experiment, and were adopted by a giant rat who trained them to become ninjas. Even the personalities of the turtles have been kept intact and that’s why the whole thing is a treat for fans of the franchise.

Leonardo (Pete Polszek) is the calm leader, Raphael (Alan Ritchson) has anger issues, Michelangelo (Noel Fisher) is all about having fun, and Donatello (Jeremy Howard) is a nerd. The interactions between the brothers make for the most enjoyable scenes in the movie and I wish there had been more of them. The turtles still have an addiction to pizza and it is awesome the writers didn’t change the iconic characters to make them feel modern.

The character that keeps the story together is April O’Neil (Megan Fox). I enjoyed Megan Fox in the role compared to the one she had in the Transformers franchise where she essentially played female-eye-candy-without-a-purpose. Here she plays a female character that has her own personal little arc in the story that leads her to the turtles. She still looks sexy in the film, but that’s a given when you cast Megan Fox. April’s the one who decides to uncover the vigilantes and finally have a good story that will show the world what an amazing reporter she is. I loved that she fainted seeing the turtles for the first time. They do look frightening, but it’s their individual personalities that enable the audience to connect with them and forget how scary they would be in real life. To make April more relevant to the protagonists, the writers connected her father to the lab experiment that mutated the turtles. 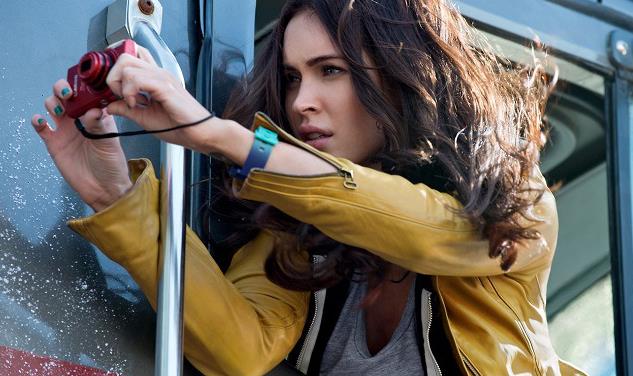 The plot isn’t complex and you can tell that the film was made for fun. It isn’t meant to be an Oscar contender, and it doesn’t take itself too seriously. I understood that when I went into the theater and that’s why I was able to enjoy the film, something I can’t say about X-Men: Days of Future Past.

The antagonist, of course, is named Shredder (Tohoru Masamune) and he controls the Foot Clan that is wreaking havoc in New York City. The action-sequences are enjoyable, though after a while you forget that the turtles are supposed to be ninjas. Their fighting styles are more focused on using their brute strength and shells, rather than stealth. The visual effects are impressive. The scene where the turtles slide down an icy terrain to stop the bad guys is entertaining to watch. Unfortunately, the visuals do go into video game cutscene territory during some sequences, especially when Shredder fights Master Splinter.

Verdict: Teenage Mutant Ninja Turtles is a popcorn movie that doesn’t make the audience ask questions. How to Train your Dragon 2 had a darker theme than this film. If you can believe mutated turtles can save the world, then trying to be over critical of a film that’s obviously targeted at children isn’t fair. It’s the Hollywood machine doing what it does best: creating a potential franchise without doing anything groundbreaking. If you have two hours to kill, don’t want to think too much, and want to revisit some childhood memories then definitely check TMNT out.

Have you watched Teenage Mutant Ninja Turtles yet? What did you think of it? Let us know!