CAN ANYONE BEAT THE ‘GUARDIANS OF THE GALAXY’ MARKETING CAMPAIGN? 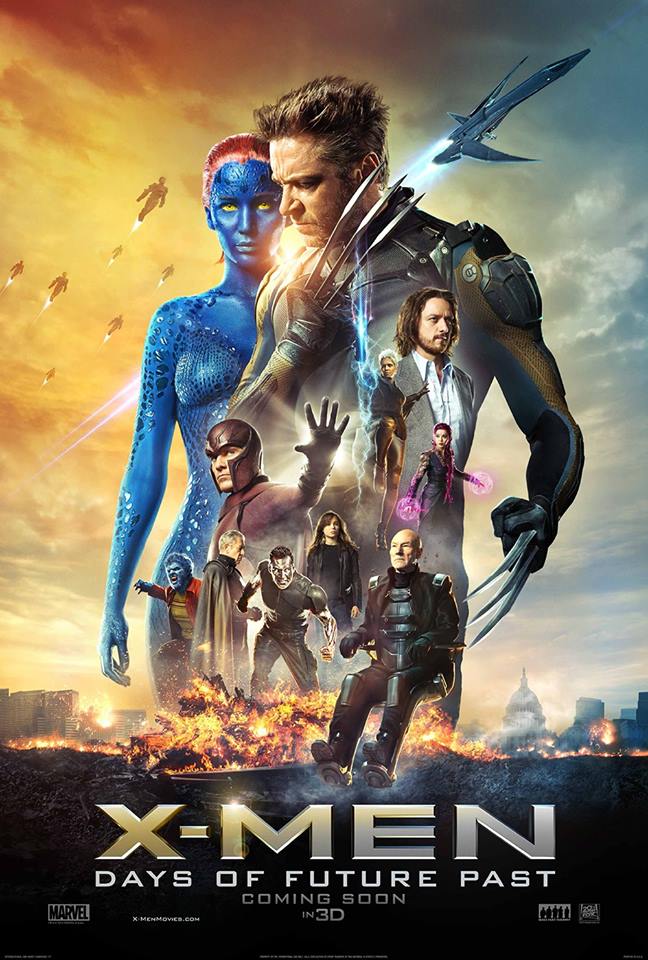 I think it’s safe to say that the two Guardians of the Galaxy trailers might be the best movie trailers of all time. Is that too much? I don’t think so. I’m seeing a talking raccoon and a talking tree alien kicking ass and being hilarious and I am SO pumped for this movie. What more could I ask for?

The other upcoming big Marvel film, Fox’s X-Men: Days of Future Past, looks like it’ll be amazing, too. In fact, I’m going to a sneak-preview showing right after I’m done typing this. But Fox has never done a great job marketing the X-Men films. For the longest time, Fox acted like Warner Bros., embarrassed to be making “superhero” movies and trying to make them look like anything else. Then-Fox Chairman Tom Rothman made a point of sabotaging Bryan Singer on the first X-Men film, constantly trimming the budget and demanding that the characters not dress like superheroes. (While many of my favorite X-Men stories involve the characters out-of-costume, I don’t need to see everyone wearing all-black. Bo-ring.)

I guess Fox doesn’t understand what’s drawing the audience to see the adaptation of one of the greatest comics of all time. Every trailer and commercial emphasizes the dour, dark, depressing story (along with some awesome action, of course). I guarantee they’d get more asses in seats if more people saw the clip from last night’s Tonight Show with guest Hugh Jackman (movie clip starts at 1:12):

What I really don’t get are the X-Men movies’ posters. Throughout the life of this franchise, the posters have been boring shots of the characters in various flat standing poses, usually Photoshopped together in fake-looking group scenes. (The one exception being those sweet ink-wash character posters for The Wolverine, which were strikingly original.)

The main poster for Days of Future Past is hardly different:

Ugh, that looks like a high-school locker-door collage. Let’s make Hugh Jackman and Jennifer Lawrence BIG, because people recognize them! It couldn’t be that audiences are invested in the overall story at this point, right…?

Why not do something inspired by the original comic’s cover artwork? It’s only one of the most influential (and most imitated) covers of all time: 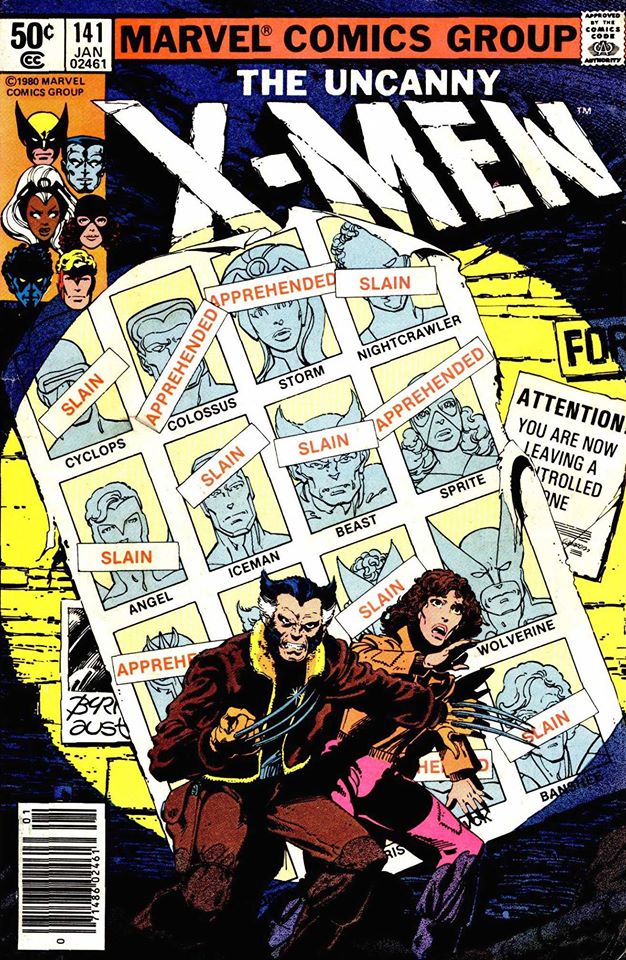 But hey, you want to see something really scary? Check out what they did to poor Hugh Jackman for this character poster (originally used as a cover for Empire magazine): 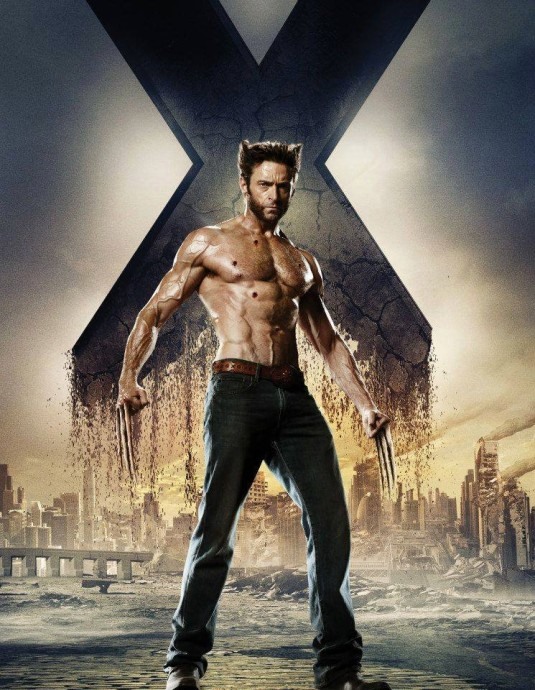 Ewww, vein-y. While Hugh Jackman does, defying all logic, actually look like this in the movie, I don’t get it: it’s not sexy, it’s not heroic, it’s just kinda gross. Why? 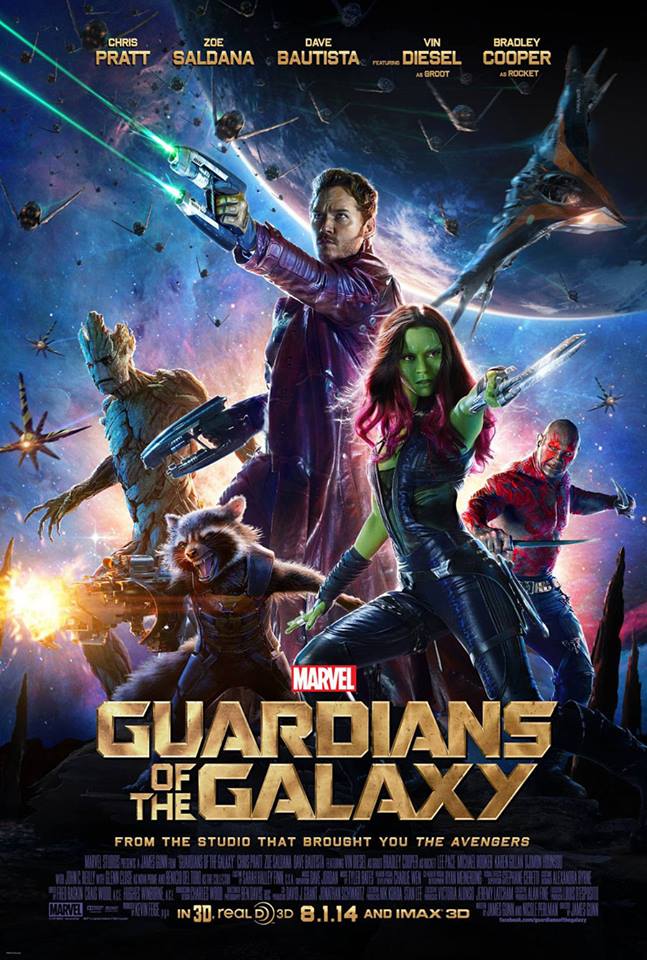 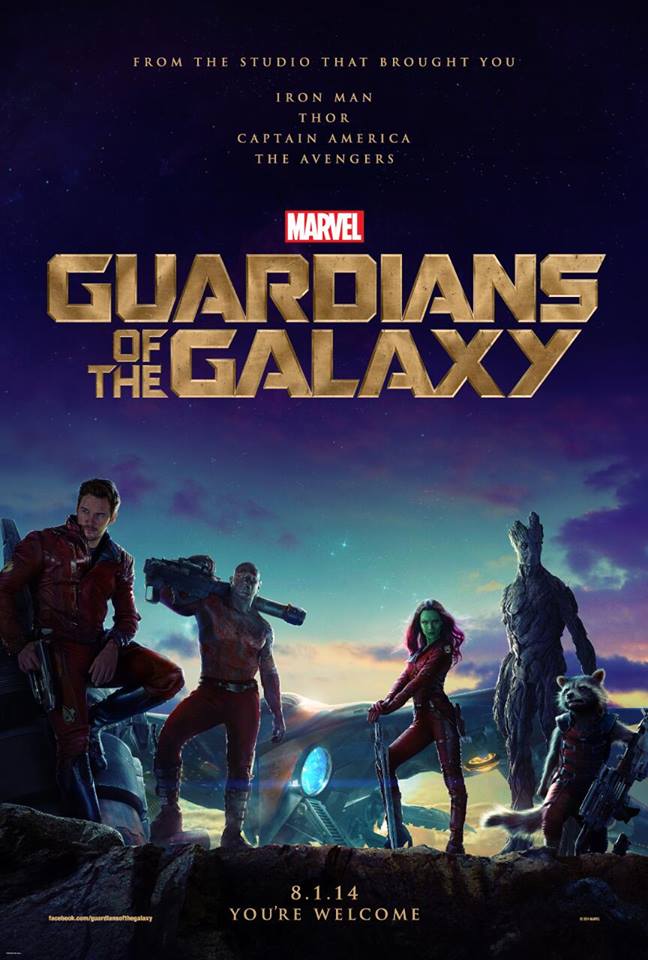 Those say it all right there. Cool action, cool-looking characters, cool setting, cool attitude, done. Was that so hard, Hollywood marketing weasels?