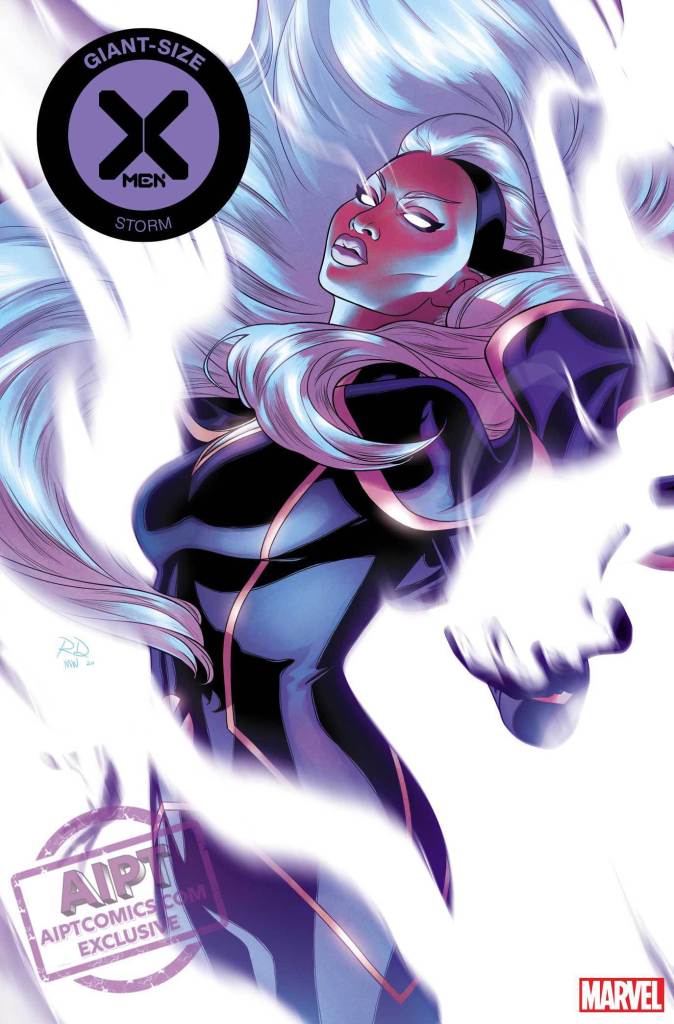 Ororo Munroe is getting her own Giant-Size X-Men comic book from writer Jonathan Hickman and artist Russell Dauterman. I can’t tell you how excited I am. The Weather Goddess deserves!

The upcoming comic book was announced during an interview AIPT did with Jonathan Hickman. The questions went over what Hickman plans to do with the Giant-Size X-Men series. I don’t think we have a release date for Giant-Size X-Men: Storm yet. However, considering it is the final issue in the five-part Giant-Size X-Men one-shots, you should probably expect it becoming available around mid-2020.

For those who don’t know, according to Hickman, the five one-shots will be telling a complete story. It’s interesting to note how the narrative will begin with this month’s Giant-Size X-Men: Jean Grey and Emma Frost Issue 1 and then conclude with a one-shot about Storm.

Our last issue is a bookend by myself and Russell Dauterman. We’re doing Giant-Size X-Men: Storm. (Which pays off the first issue and also features more characters than just Storm).

It really sets up what we’re going to be doing with her for the next couple of years.

I have been waiting to see what Marvel Comics has planned for Ororo under the X-Men banner. Writer Ta-Nehisi Coates has continued to develop her a lot in his Black Panther solo series. He has been focusing on Ororo’s Godhead and lineage. However, Coates’ narrative hasn’t necessarily been reflected well in the current X-Men line of comic books.

The uncolored preview of Giant-Size X-Men: Jean Grey and Emma Frost Issue 1 (with art by Russell Dauterman and colors by Matt Wilson) featured the two titular characters looking at a tree with a very Storm-specific symbol. Fans have speculated the said tree might be the astral shape of Storm’s Godhead. Maybe Hickman will dive deeper into what Coates has planned for Ororo? We’ll find out when the issue is released this month. 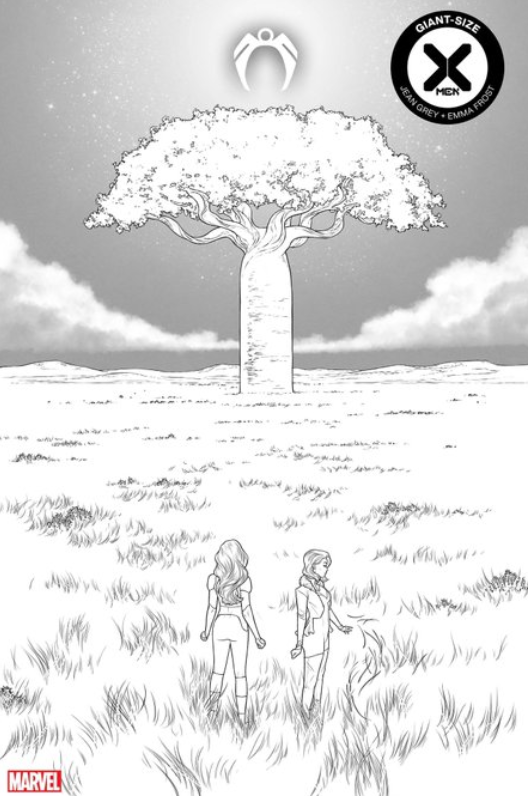 Ororo is also one of the main characters in Gerry Duggan’s highly-enjoyable Marauders comic book series. Duggan has been quite forthcoming about how writing Ororo has been a collaborative experience due to the work Coates has been doing with the iconic character.

Judging from what Hickman said, I guess we should get ready to see the trajectory Ororo will likely follow in the X-Men books. Whether we end up liking how she’s handled is another matter.

The treatment of Ororo, as a comic book character, has been weird. She used to at the forefront of numerous X-Men arcs when she debuted. However, over the decades, it felt as if she was being pushed aside. A lot of her abilities were nerfed for other characters to shine.

In a sense, the past version of Storm has been able to accomplish a lot more than the recent version. I urge you to read the Twitter thread below to understand what I’m talking about.

Anyway, Hickman has brought forward an interesting status quo for mutants in the Marvel Comic Book Universe through his House of X and Powers of X event. That’s why I’m looking forward to seeing what he has planned for Storm.

Ever since Coates mentioned her Godhead, I have had a lot of questions. Some of them being about how is Ororo’s Godhead connected to her mutation? If her mutation is suppressed, can she not call upon her Godly powers? And a whole lot more.

Even Coates hasn’t provided answers (as of yet) in his Black Panther solo series.

Maybe Marvel Comics is still trying to figure out how to make Ororo’s powers make sense across the various titles she’s a part of? Maybe she’s getting more focus to align with the role she will have in Kevin Feige’s MCU?