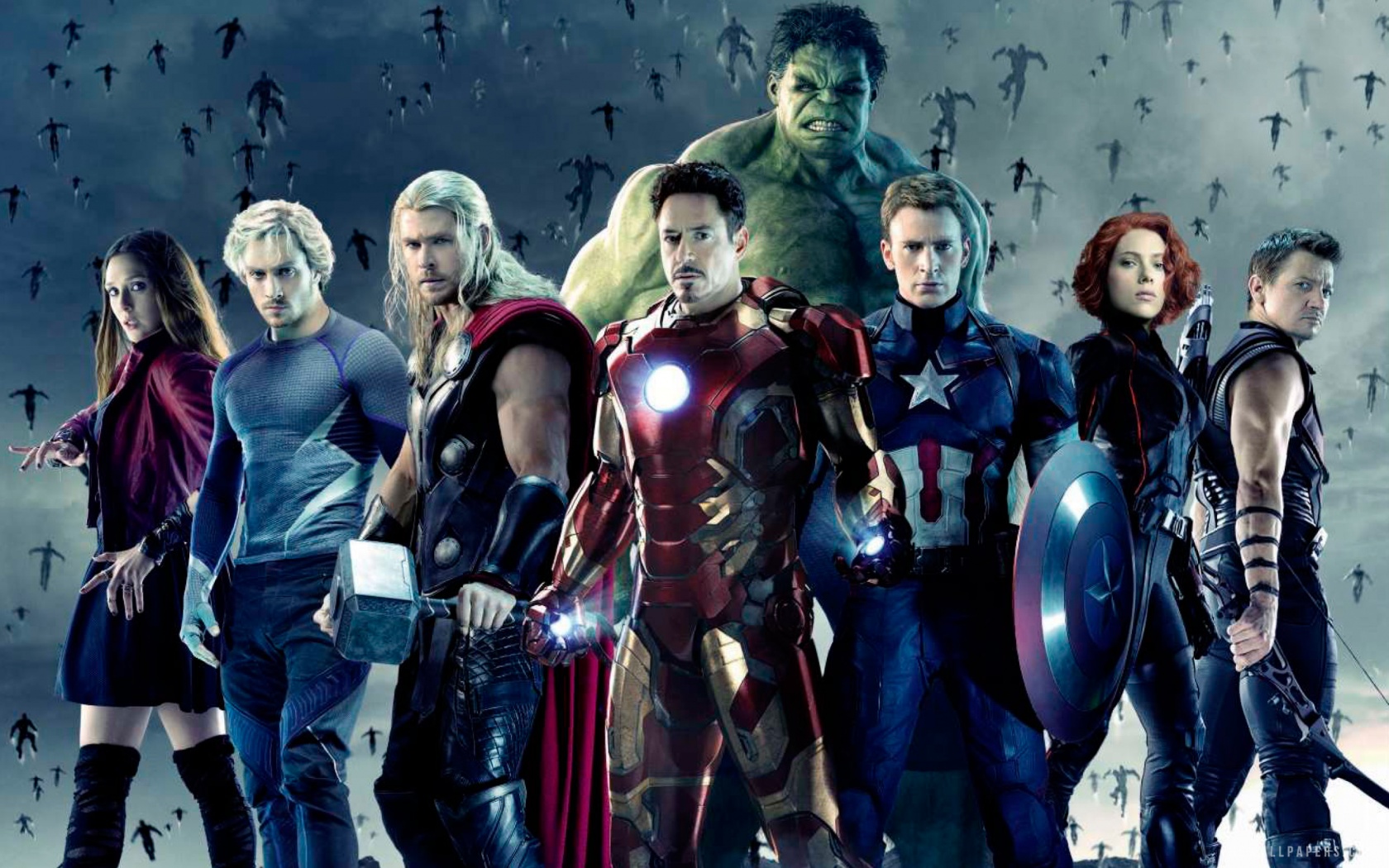 I’ve been counting down the days for Avengers: Age of Ultron for over a year. The trailers were so incredible I didn’t think I’d be able to wait until its May release, but somehow I persevered and waited it out. The new characters, despite not matching their origins in the comics exactly, were incredible and have pumped me up for the MCU films that are to come.  The plot was exciting, it was beautifully shot, and both new and old characters were able to emotionally move me… but the film was far from perfect. The problematic content left a bad taste in my mouth about what MCU has managed to achieve so far, often undoing some of the amazing things that were set up in this very film.  It also reminds me that Hollywood is a step behind so many other factions of geek culture when it comes to gender equality, which has become increasingly more obvious in recent years.  The MCU has done such great things, but it is unfortunately hugely problematic too.

One of the best parts of the film was the new character Scarlet Witch. They explained away her and Quicksilver’s powers by having them be the product of voluntary human experimentation, much like Captain America. In the original comics they are the children of Magneto, but he, along with the rest of the X-Men franchise, are owned by Fox and can’t be included in a Disney/Marvel film. There’s been speculation for months about how they’d get around the sticky legal issue and there we have it. They also changed Ultron’s origin and made him a product of Tony’s experiments with advanced Artificial Intelligence. His actual origin couldn’t be included because Hank Pym’s story is set to be self-contained within the upcoming Ant-Man film. Both of these changes make sense in the context of the Marvel Cinematic Universe, though, so while they are pretty large divergences from comic book canon, people without comic book knowledge won’t notice any glaring inconsistencies.  Hopefully it was done smoothly enough to satisfy even comic book fans.  I was pretty happy with how it turned out. 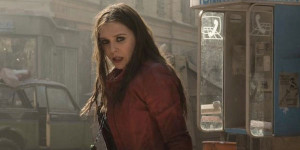 Speaking of Scarlet Witch, Elizabeth Olsen stole the screen in every scene she was in. My eyes were drawn to her character, not Quicksilver or even the already existing members of the Avengers, whenever she was on screen. Most people probably aren’t aware that she’s the younger sister of the Olsen twins, but I think that works in her favor. She doesn’t have to live under their huge celebrity shadow. She’s proven that she’s a charismatic and talented actress in her own right. Olsen manages to look both innocent and hauntingly intimidating at the same time, which is no easy thing to pull off. I hope she gets brought back for more of MCU.  They’ve certainly set up plenty of potential for her and the other new additions to the team.

On the topic of new team members, we also got another Infinity Stone with the introduction of Vision. All of this is ramping up to Infinity Wars in 2018 and 2019. Vision’s introduction was also perfectly crafted, offering a humorous Thor moment alongside the serious Mjolnir reveal. I’d heard that Vision would be in the film, but I had no idea what the context would be or how he’d look. It was very surreal and, like Scarlet Witch, I hope he comes back.  He’s got an Infinity Stone in his head, so he’s got to come back, right?  And him saving Scarlet Witch sets up their comic book plot, too.  Can we have this, MCU?  They were highlights and, together, they’ll bring a lot to the franchise.

One of the most squee-worthy things in the movie for me was Natasha’s relationship with Clint’s family. Sure, it’s upsetting that Hawkeye isn’t the same as the one in the popular current comics, but I am a huge fan of Natasha being such an important figure in his personal life. I enjoy their friendship immensely and, though I know this will upset some shippers, I’m happy that their relationship remained platonic. It was also great to see a softer side of these two fierce characters who often get stuck playing second string to the members of the Avengers who already got their own films. We got so much backstory on both Clint and Natasha that I almost feel like it could have been its own film. Alas, I don’t think we’ll ever truly know what happened in Budapest… or get a Clint and/or Natasha focused film any time soon. We can dream, though.

And now that I’ve squeed a bit, I unfortunately have to turn into a bit of a buzz kill. I’m sorry, but not sorry. Hollywood tends to be an exclusive boys’ club, so it shouldn’t be a surprise that the Marvel comics are much more progressive than MCU. Even though this film was written by a supposed feminist, Joss Whedon (more on that later), it’s still rife with upsetting themes that do not do the women in MCU justice.  It’s almost enough to taint the franchise for me, but I’m so deep into the fandom at this point that I don’t think I can give it up.  I can only hope that things get better and they recognize what a huge portion of their fanbase appreciates their female characters.

The film seemed to call itself out when Maria Hill asks “Where are the ladies?” There was no Pepper or Jane, and they made up excuses for their absence. I was, however, pleased at the surprise appearance of Agent Carter in a hallucination sequence. I can understand not being able to budget for every secondary character from every film, but it’s really saying something that most of the the biggest MCU women are still secondary to their male counterparts. Natalie Portman and Gwyneth Paltrow are hugely popular actresses so I’m sure they don’t come cheap, but it’d still be nice to have a bit more balance between men and women in MCU. Fingers crossed that Captain Marvel and Inhumans helps fix this. I do give this film credit for at least acknowledging this deficiency, even if it was in a single throwaway line.

This wasn’t my only issue when it came to the treatment of women in the film. The flirting between Natasha and Bruce has caused a lot of controversy throughout fandom, partly because of Chris Evans and Jeremy Renner’s horrible jokes, and partly because it breaks up already popular ships in the fandom. Two of the most popular ships involve Natasha/Clint and Bruce/Tony (aka Science Bros). But there’s also an underlying concern that women tend to get paired off with their male counterparts as a sort of default plot line. It further perpetuates the idea that women are there primarily to support the men. All the happiness I had about the Clint/Natasha friendship that I mentioned earlier is sort of moot since it seemed like the writers felt it was necessary to pair her with somebody.  I’m not even against the idea of their relationship in general, just disappointed that Black Widow had to get paired off at all. 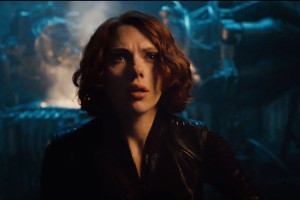 Black Widow not getting her own film only rubs salt in the wound. There is no doubt that Natasha is badass, independent, and fierce in every way, but the writers still seem to feel the need partner her with a male Avenger. I guess when there are only a handful of female characters to work with, it makes it difficult to leave any of them single when you want to work in a romance. This isn’t an excuse, but just an unfortunate observation.  This could get fixed if there were only more women in MCU that were primary characters, not secondary.

Warning: The following paragraph discusses rape. Skip to the next paragraph to avoid that topic.

The worst offense came near the beginning when Tony made a Prima Nocta ‘joke.’ Prima Nocta is the old practice of King’s taking a bride on her wedding night before she has sex with her husband. This wasn’t always with the bride’s consent, and it’s ultimately assumed that the King has the final say. Many view this as a flat out rape joke. We know that Tony is a billionaire playboy philanthropist, but this seems a bit far even for him.  If it weren’t for the Internet, this ‘joke’ would have gone right over my head as I’d never really heard of it before, but now that I’m aware of what it is, it’s hard to not be angry that this line was included.

And lastly, we have the unfortunate conversation that equates being infertile with being ‘a monster.’ There’s no point discussing this part when it was already discussed so brilliantly here. Anything I say will pretty much just be a reiteration of that. So all I’ll say is ‘co-signed.’  Seriously, go read that.

Joss Whedon has been getting an enormous amount of backlash the past few weeks for being a self-proclaimed feminist while producing a film that’s so highly problematic. He got particular backlash when he called out feminist website The Mary Sue and the Jurassic Park trailer for being ‘sexist.’ Considering his own film is full of issues, it’s really disappointing seeing him call out others for similar things. It’s even more upsetting that he used a feminist website to do so. That said, I’m still generally a fan of Whedon’s work. It’s just so unfortunate to see him make so many missteps.  It’s hard to be a Joss Whedon fan right now.

Would I watch this film again?  Hell yes.  I still loved it, but it’s hard to overlook the increasingly obvious sexism that’s seeping into the franchise.  It’s even harder to reconcile it along side the Marvel comics that have such a huge and diverse cast of characters.  All of the current MCU films are led by white men, only really allowing POC and female characters to play the side kick.  MCU merchandise reflects that trend as well.  I want more from MCU.  It’s painful that a franchise I love so much has this type of problem.  Let’s do better in the upcoming films, shall we?  I believe in you.

9 thoughts on “Avengers Age of Ultron: Another Fun but Problematic MCU Installment”