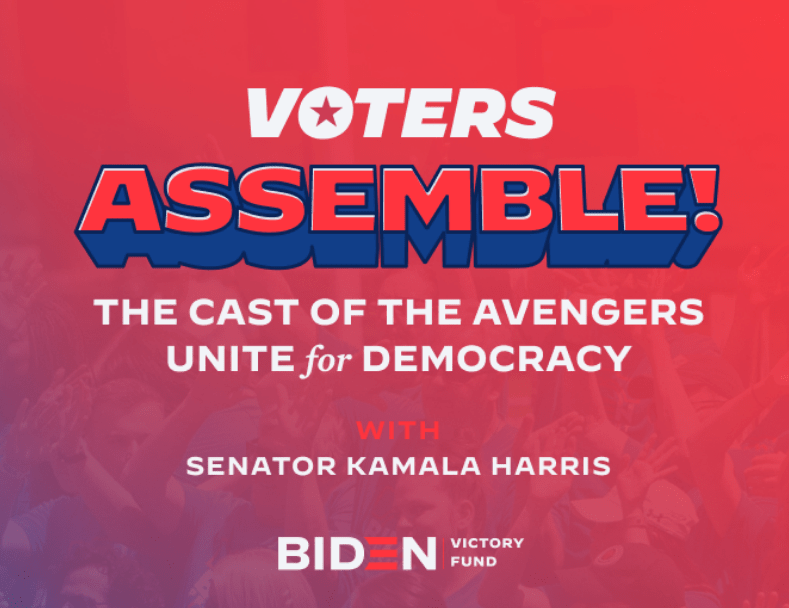 The United States General Election is just 15 days away and cast members from the MCU are uniting for former Vice President Joe Biden.

To gain access to the Biden fundraising event, which is being dubbed ‘Voters Assemble,’ you must first donate to the Biden Victory Fund via ActBlue.  Any amount is acceptable, but the description suggests that most people will be donating $25. Further instructions for how to view the event will be sent by email after you donate through ActBlue. The event will include Don Cheadle, Chris Evans, Scarlett Johansson, Paul Rudd, Mark Ruffalo, and Zoe Saldana and feature Q&A and trivia hosted by The Russo Brothers, who directed both Avengers Infinity War and Endgame.

Much of the Avengers cast has been very vocal about their support for Joe Biden in recent months. Most notable in this regard are Chris Evans, who launched a political focused website called A Starting Point over the summer, and Mark Ruffalo, who has a very politically focused social media presence and is known for getting involved in progressive political causes such as Bernie Sanders’ presidential campaign and the Green New Deal. Similarly, Don Cheadle has also been noteworthy for his political-themed shirts on SNL. The others are not as upfront on social media about their political stances, but their participation in this fundraiser makes it clear where they stand this year.

The event will take place Tuesday, October 20th at 6:45 p.m. ET, so if you plan to take part, hurry up and donate! Time is ticking. Voting has begun in all 50 states at this point, so find out how you can vote now or on election day at IWillVote.com. Registration deadlines have passed in many states, but not all, so if you aren’t yet registered you can find out at IWillVote.com if you can still do so, how to do so, and how to vote once that’s complete.

In a year where most major conventions have been canceled or postponed and films scheduled for MCU Phase 4 have been pushed back to 2021 or later, this is a delightful gift to fans. It’s also for a worthwhile cause, because we are absolutely in a crisis right now and, as I’ve mentioned before, I hold some amount of bitterness for Trump for keeping me from the geeky things that I love so much and am delighted that most of the MCU central cast seems ready to help Biden defeat him in November. Of course, I hold a lot of bitterness towards Trump for other reasons, too, but this is a geek-focused website, after all, so that’s the topic we’ll be talking about mostly here.

The United States General Election will be held on Tuesday, November 3rd, but, as mentioned, voting has begun in all 50 states either through mail-in ballots, absentee ballots, or in-person early voting. We are seeing a record number of early voters so far in 2020, with over 22 million Americans already having cast their ballots as of yesterday. This is approximately 16% of the total voter turnout of 2016 overall. 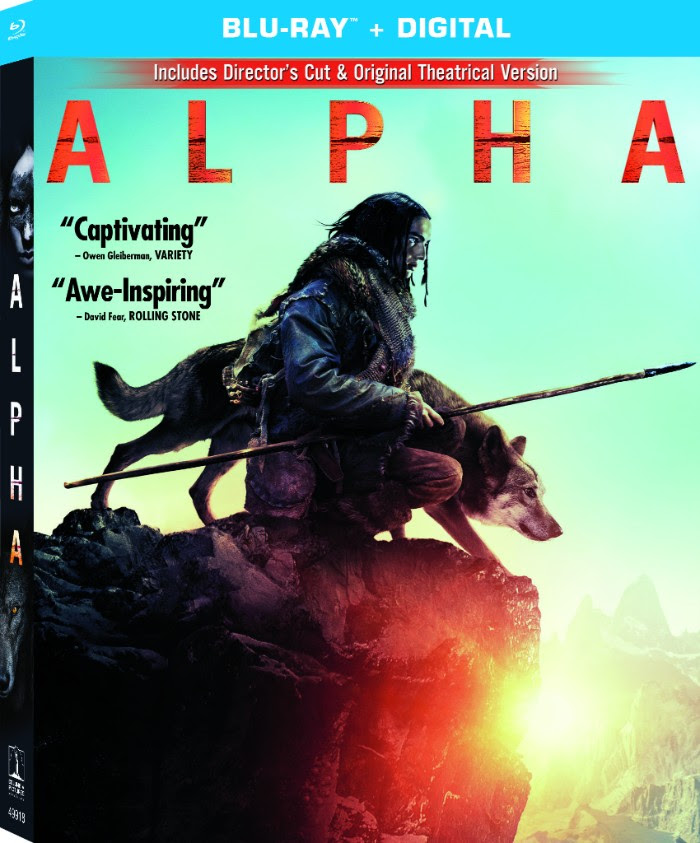